Anderson's Match We Can All Relate To 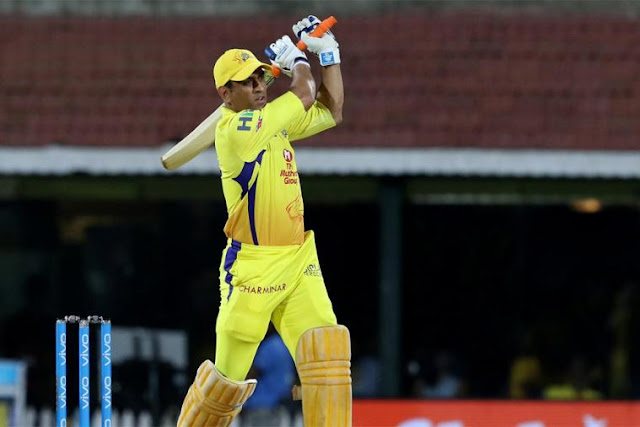 New Zealand’s Corey Anderson had one of those forgettable days that we have all had on the cricket field on Wednesday, as the Chennai Super Kings (CSK) chased down an unlikely target to defeat the Royal Challengers Bangalore (RCB) in a high scoring match in the Indian Premier League (IPL).

Anderson has lived in the shadow of his amazing feat from New Years Day in 2014, when he smashed what was then the fastest ODI century, bringing up his ton off just 36 deliveries against the West Indies. His 2015 World Cup campaign was also successful with both bat and ball as New Zealand charged to the final. His left handed batting has always been on the attacking side, while his left arm bowling can be pushed beyond military medium. As an all-round package he appears a perfect fit for T20 cricket.

His start to the IPL in 2018 had been largely forgettable, having only played in two of the first five matches for RCB, making 0 and 15 with the bat and taking 2/47 and 1/10 with the ball.

Chosen to play against Chennai on Wednesday, he came to the crease with the score at 2/138 in the 14th over, after a wonderful pace setting partnership of 103 off nine overs, ostensibly to swing from the hip and keep the momentum going. Easier said than done some days, and that’s just what Anderson found out. He faced five consecutive dot balls off Dwayne Bravo to hand him a wicket maiden, a rare event in T20 cricket. He chopped two wide balls to point, watched a short slow ball pass by his eyes, charged and missed a wide ball and was completely fooled by a slow full toss that struck him on his back pad, which was met with a raucous appeal from Bravo for LBW.

In the following over from Imran Tahir, Anderson put a miscued slog short of mid-on for a single, followed it with another tentative push to long on for another single before he failed to pick the wrong ‘un which he parried to first slip for a simple catch. An innings that was supposed to be one that continued the RCB momentum ended after eight balls had produced just two unconvincing singles. Not the kind of innings to hang your hat on.

There is no fun being a designated ‘finisher’ with the ball in T20 cricket. The opportunity of being a hero is far outweighed by the chance that you will instead be the one who is blamed for a loss. Virat Kohli made his decision to close out the match bowling Anderson and Mohammed Siraj for three overs each. At that time, CSK required 80 runs from the final 36 deliveries.

What chance does a bowler have? Flat wickets, short boundaries, wides called for anything not bowled almost directly at the batsman. Miscues fall beyond the reach of fieldsmen, edges fly away into gaps to the boundary. The last thing you need is to have a teammate drop a catch off a batsman that is flying. This is what happened to Anderson’s third ball of this spell, when Rayudu’s skied ball was put down by Umesh. Reprieved, Rayudu then gleefully smashed the final two balls of the over for six.

Anderson’s ploy was to bowl his left arm deliveries short of a length across the right handed batsmen wide of the off stump. It meant if they wanted to hit to the leg side they had to take a risk. On the other hand, the shorter off side boundaries were also in play if you could clear the fieldsmen.

16 runs came from Anderson’s over, and 15 came from his next. By this stage Anderson’s tactics were predictable to those watching on TV and to those batting in the middle. With 16 required for victory in the final over, Dwayne Bravo top edged the first wide delivery to the third man boundary, the second over the long off boundary. A single gave MS Dhoni the strike, and he calmly stepped across outside his off stump and put the predictably directed delivery twenty rows back over long on to win the game with two balls in hand.

Anderson finished with 0/58 from 3.4 overs, conceding six sixes and two fours. Watching Anderson forlornly trudge off the ground, with the crowds cheers ringing in his ears, you couldn’t help but sympathise with his position. After all, we have all been in the same position on the cricket field. My father always said “there’s another game next week” as a way of reminding me that the chance for redemption was not far away. For Corey Anderson in this season’s IPL, that may not be the case.
Posted by Bill Peters at 7:30 AM

Email ThisBlogThis!Share to TwitterShare to FacebookShare to Pinterest
Labels: 2018 IPL, The Roar