This morning Jess had a bedfull of Amalgam oil and an ear better but not 100%. We'll take it.

Initially we had no plates or cutlery, so I inducted Josh into Bush Weetbix from a mug, and buttered toast with a spoon, the only piece of cutlery in the unit. Helen decided this wasn't going to happen and she brought some more in from reception. I'm sure there was a reason I was disappointed that I couldn't continue to show off my improvisations to the kids. 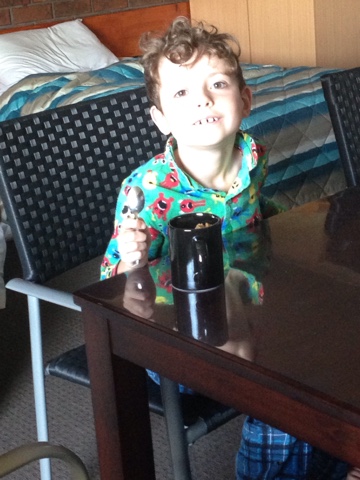 While Jess did some piano and had a lengthy shower the rest of us played Skip-Bo to while away the time.

From here we headed into Echuca proper, and boarded the "Emmylou" for our one hour paddle steamer ride on the Murray River. The kids were suitably impressed, while Helen and I marvelled at the differences of both the port area and the river in the the years since our last visit. 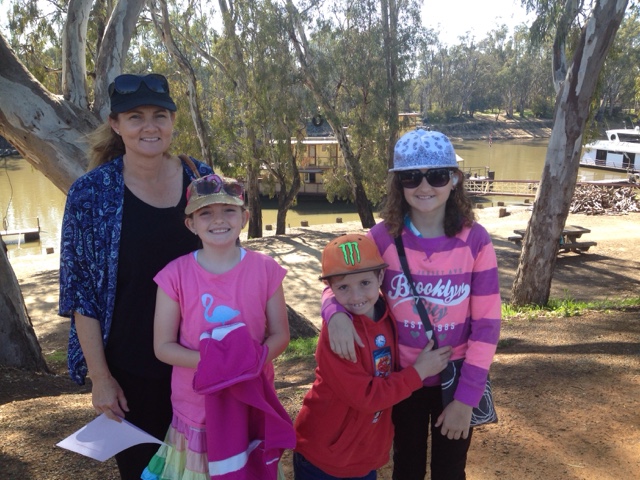 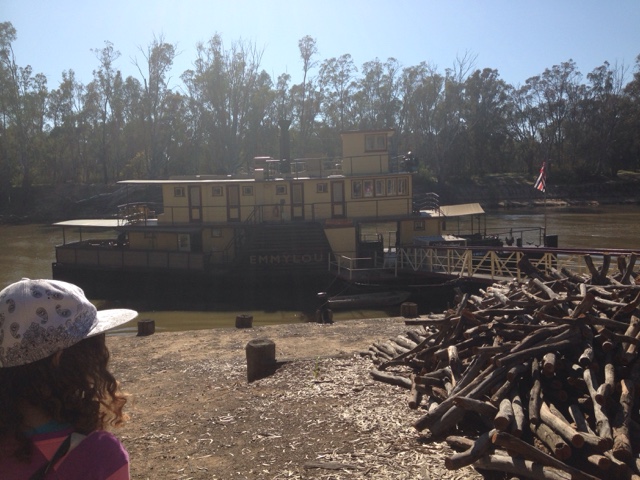 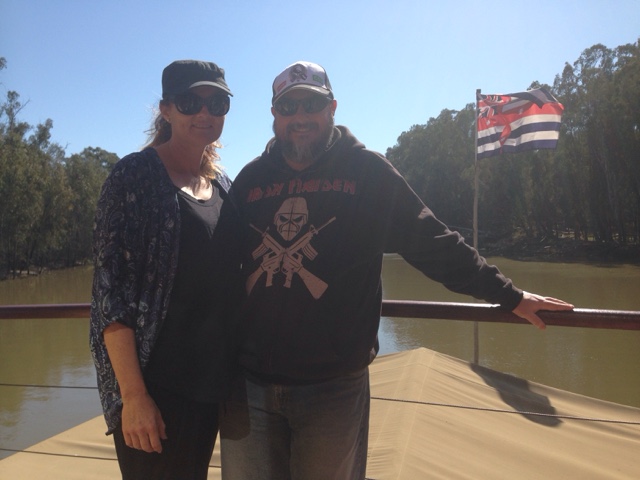 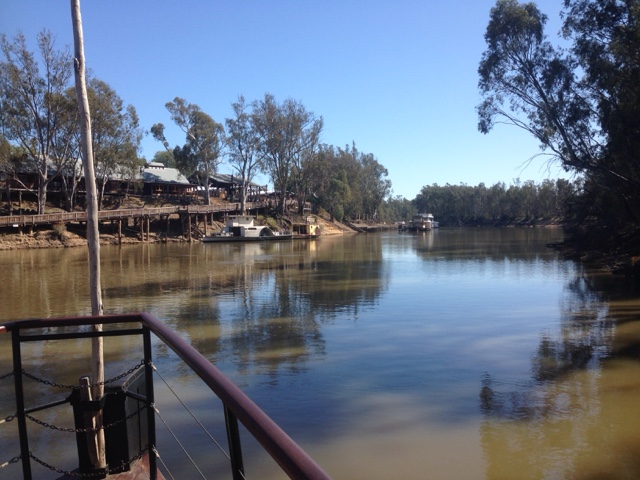 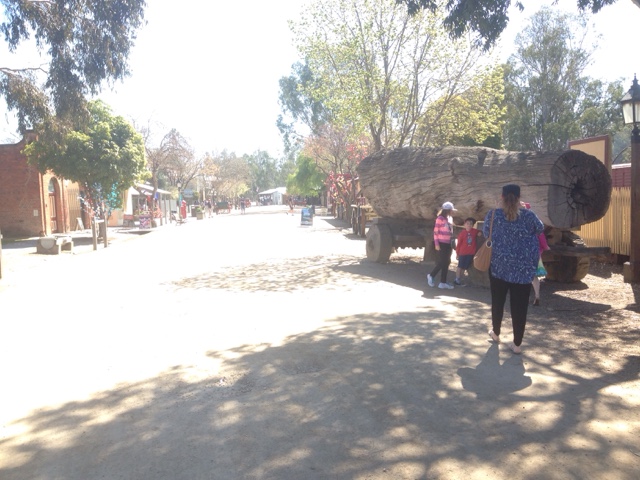 We headed for Bendigo and drove through the town, seeing not only how much the city had grown but how the oldest buildings were still in such good condition, before stopping for lunch at the Beechworth Bakery for lunch. Good pies. 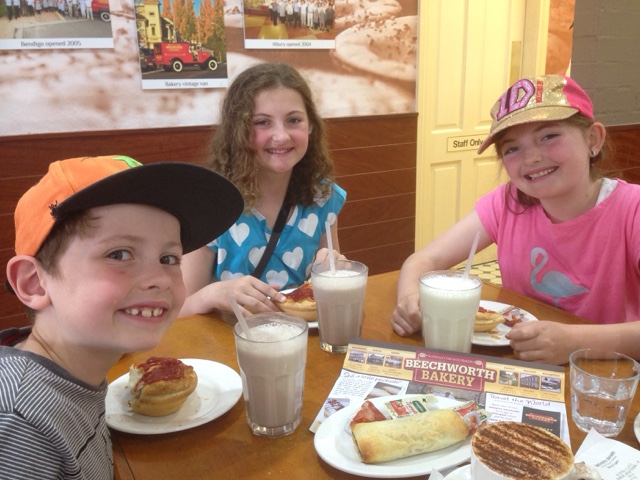 After a slight detour by missing an exit, we listened to the rest of Roald Dahl's Matilda while travelling to Ballarat, the next on our list of overnight destinations. We headed straight for the Museum of Australian Democracy, on the site of the Eureka Stockade back in 1854. The people involved have done a tremendous job, not only in showing as much of the story of that rebellion, but also highlighting other disputes in ours and World democracy. They also have on display a full size replica of the Eureka flag, as well as the 61% remaining of the original flag - amazing stuff. 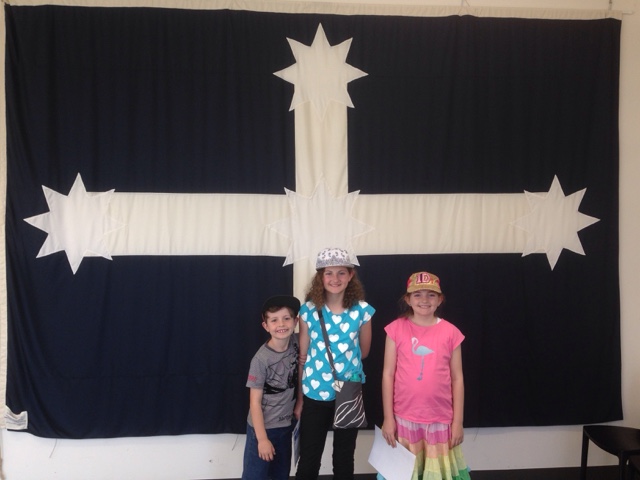 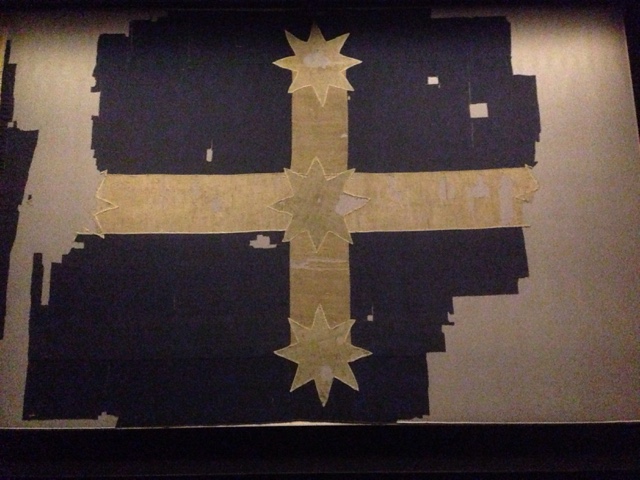 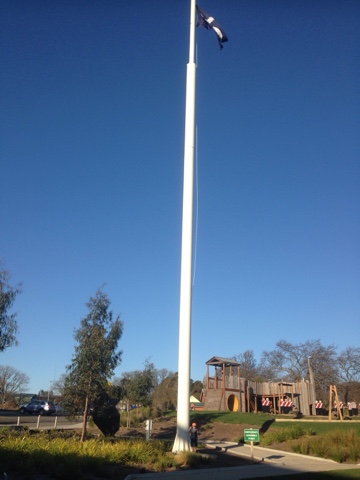 From here we checked into our accomodation for the night, and had dinner at the local Hog's Breath. 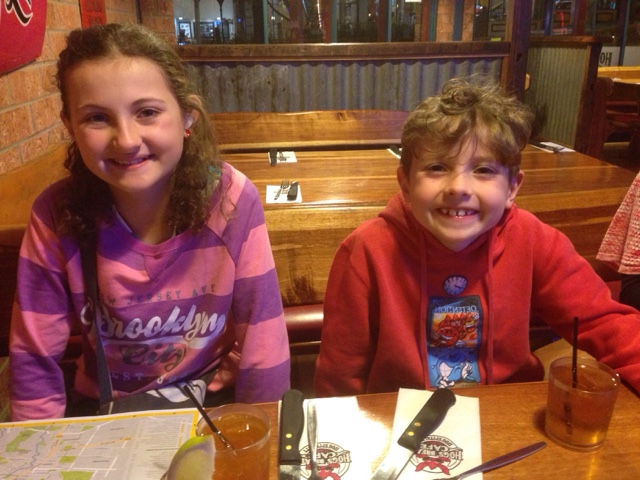 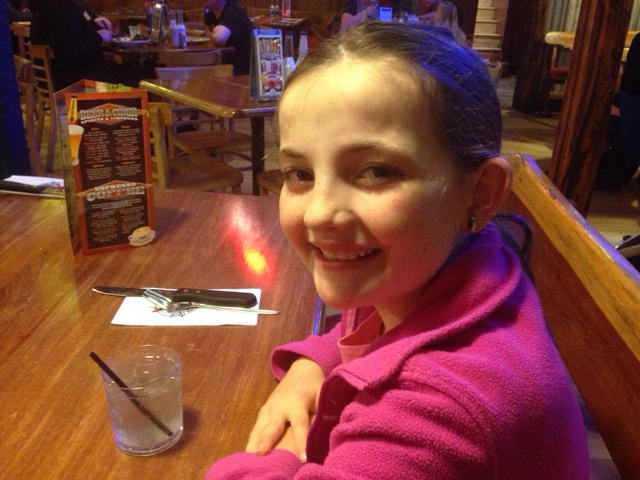 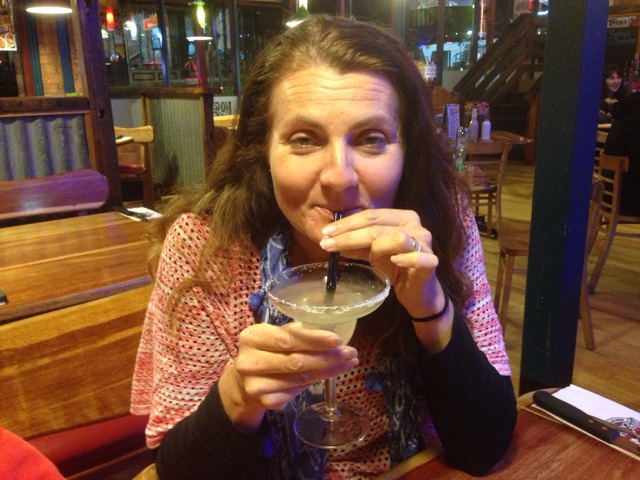 While playing games of Skip-Bo and Uno we also had the pleasure of seeing Australia wipe out England in the 5th and final ODI in England, which along with Richmond and South Sydney being eliminated in their semi finals heralded and good day.
Posted by Bill Peters at 10:00 PM No comments:

It's been a long day with some trials and tribulations, but hopefully it's the start of a good week.

We left home this morning at 7.30am. First problem was Jess saying she had an earache, so we shoved some stuff in her ear and gave her some Panadol and hoped for the best. We also had to pick up Maddi from her sleepover, from which we assumed she would be exhausted. No such luck. We stopped at Marulan, where Jessie vomited. Good trip already. Then we had to stop at Yass to give her some more ear medicine. We hadn't even left the food centre before she vomited again. Awesome. This time we threw some Nurofen into her, and thankfully she slept a little, which meant not stopping at Gundagai for The Dog on the Tucker Box, but meant she was about 80% when we stopped for lunch.

We had lunch in Albury at a cafe, burgers, wraps and milkshakes all round. 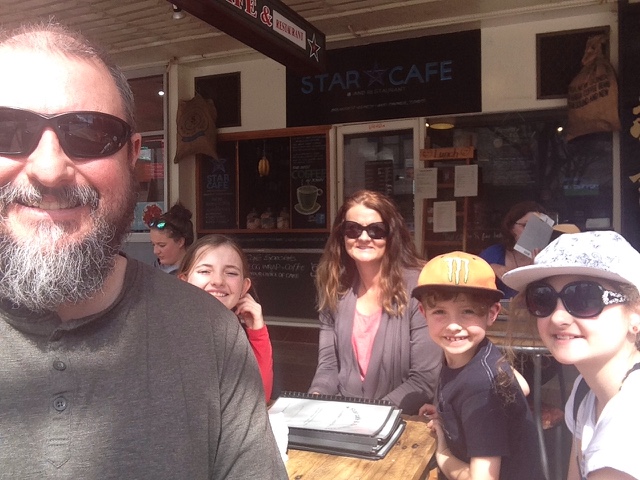 Then it was back in the car for the trip to Echuca. We followed the Murray River Road while listening to Jeff Wayne's War of the Worlds and then the start of Roald Dahl's Matilda. 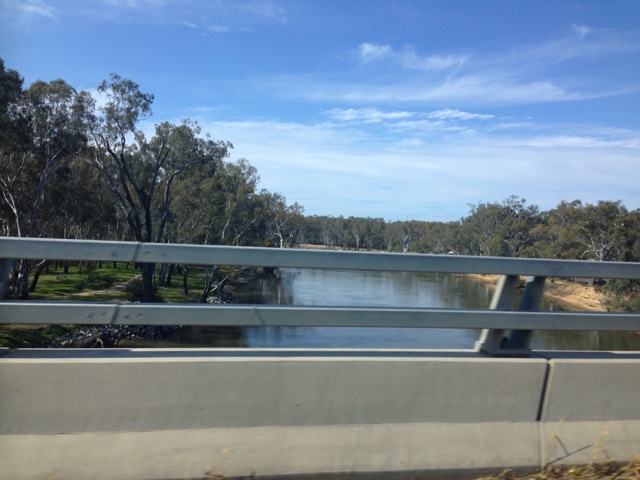 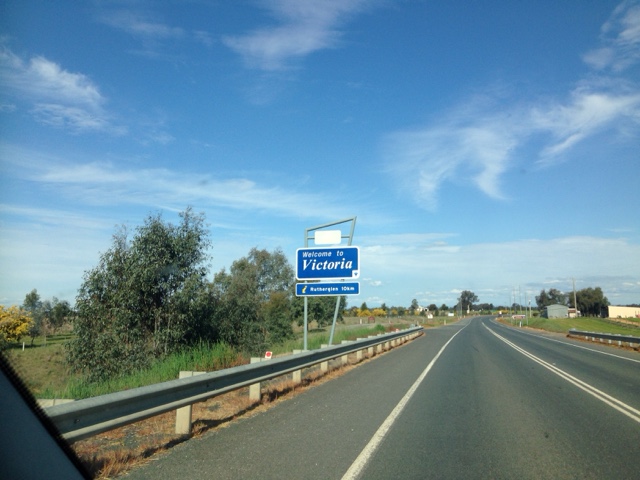 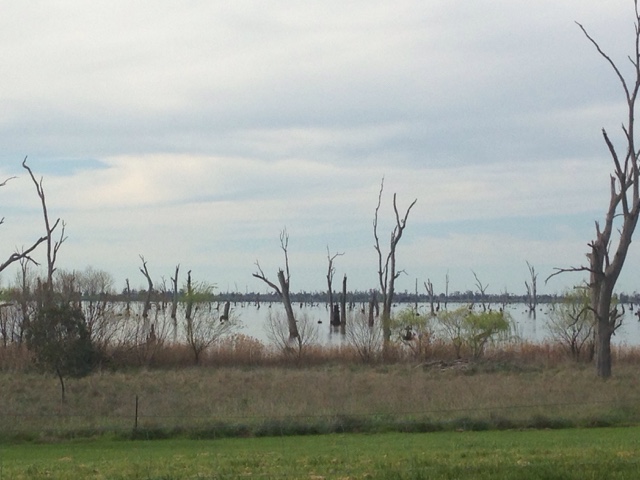 Jess waned again as we approached out motel, so she had more medicine and slept while I watched some footy finals and Helen and the other kids went to search for dinner. McDonalds was the winner (though fish and chips was what was sought, overruled by Bucko).
We played some Uno while watching some footy, and as Helen slipped into bed the rest of us watched Ace Ventura: Pet Detective. It was bed for all then, though Josh and I watched Adelaide knock the Western Bulldogs out of the finals.
Posted by Bill Peters at 6:32 PM No comments: