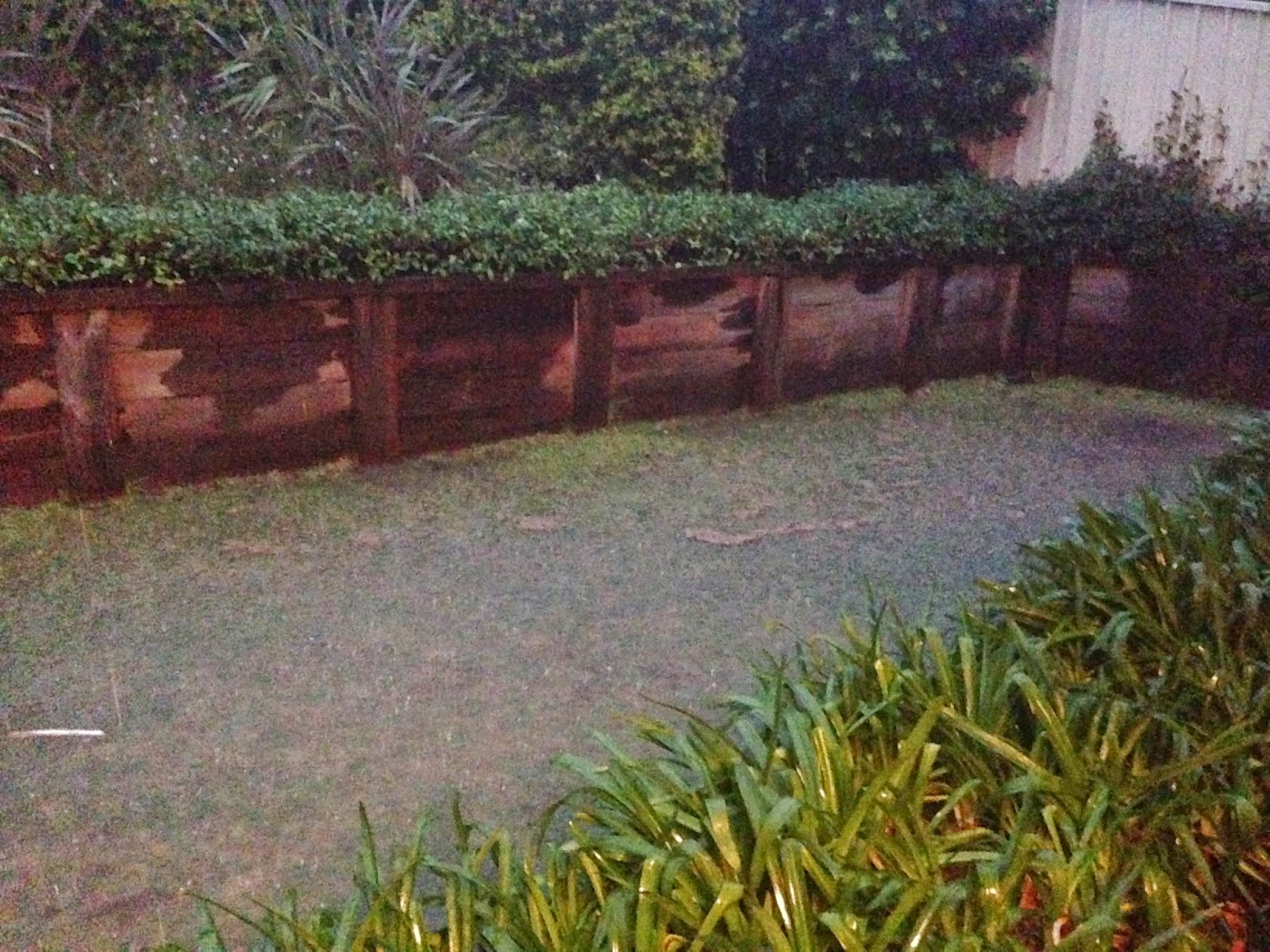 Posted by Bill Peters at 9:05 PM No comments: 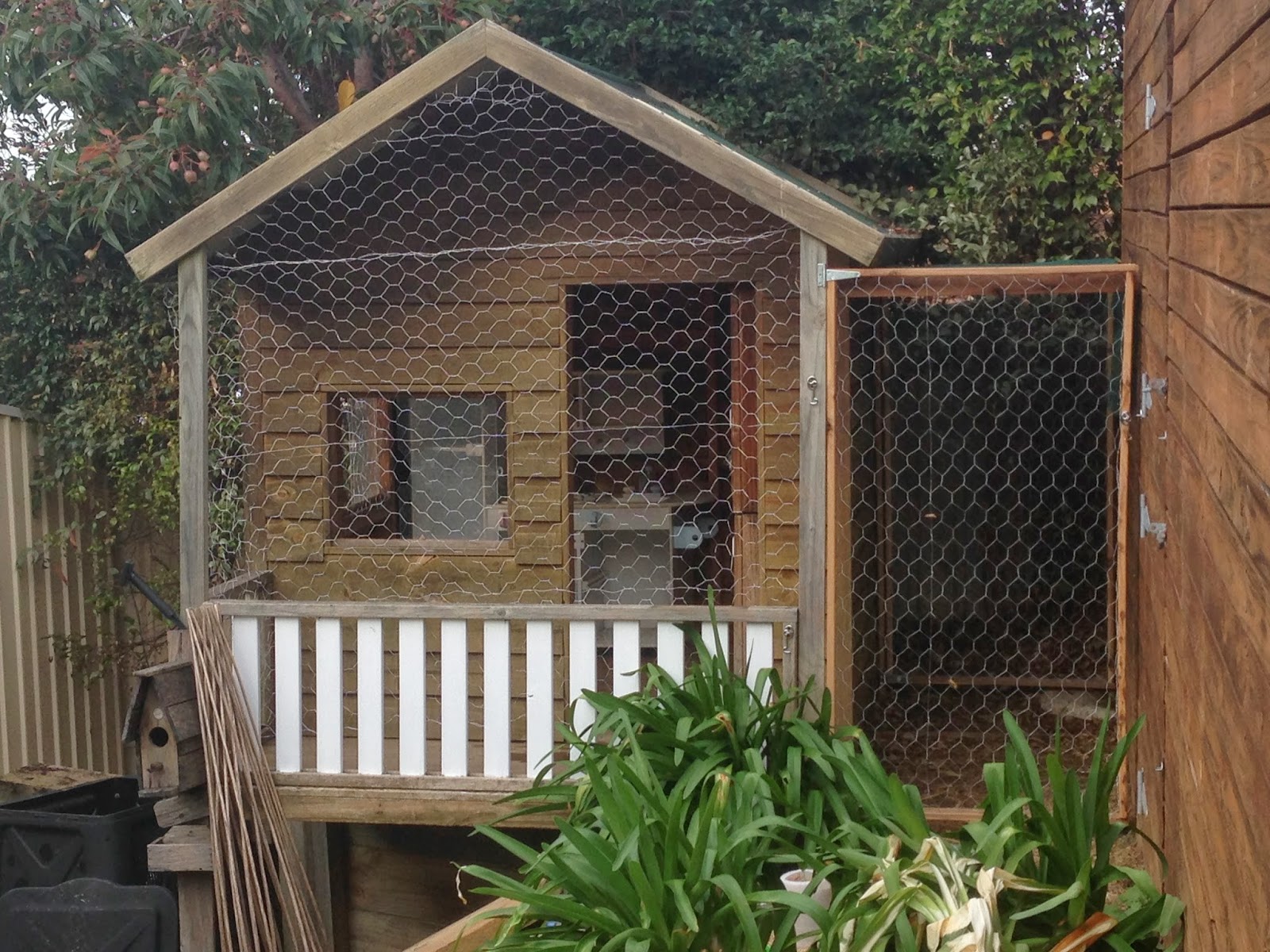 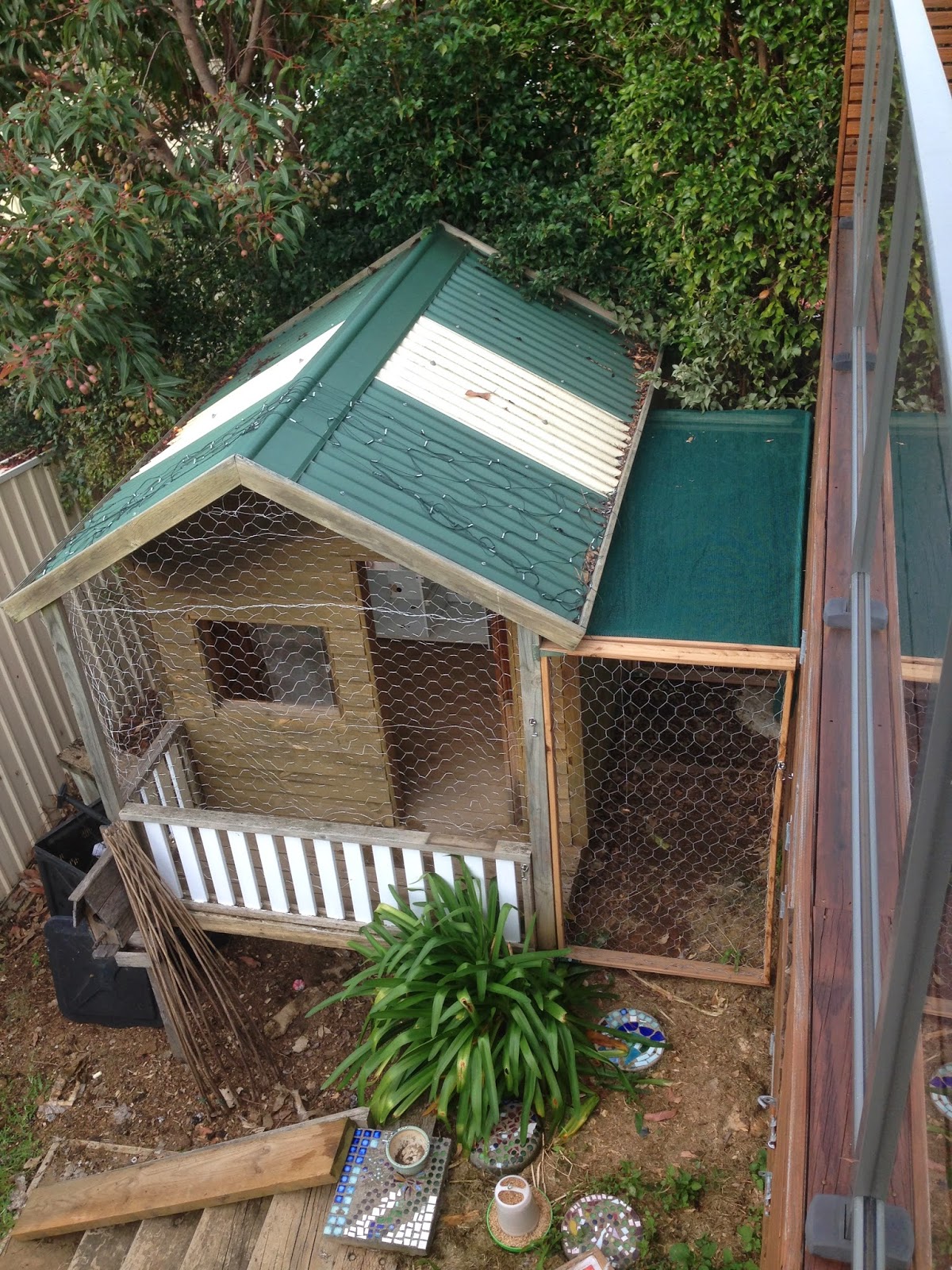 Posted by Bill Peters at 9:00 PM No comments: 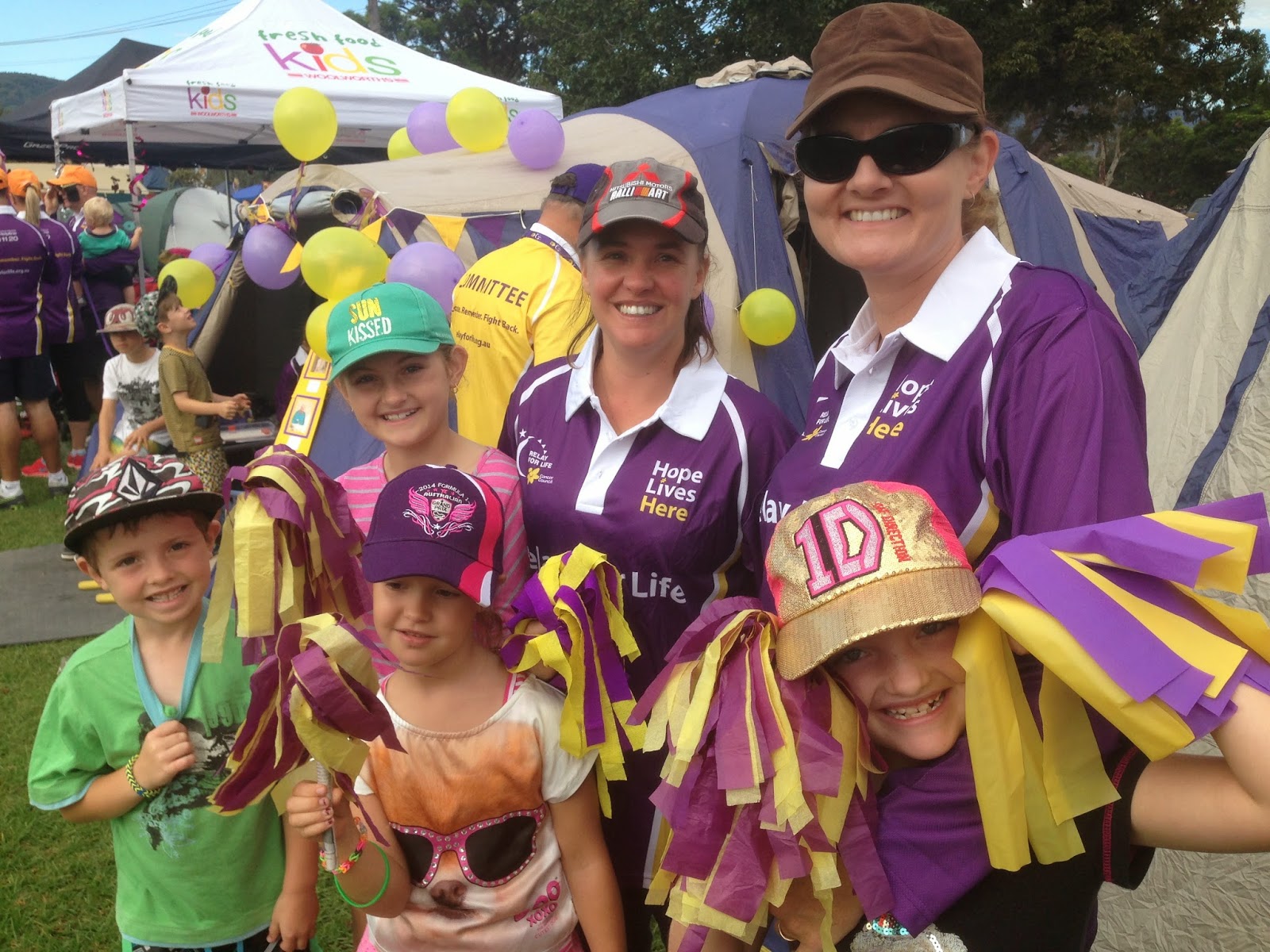 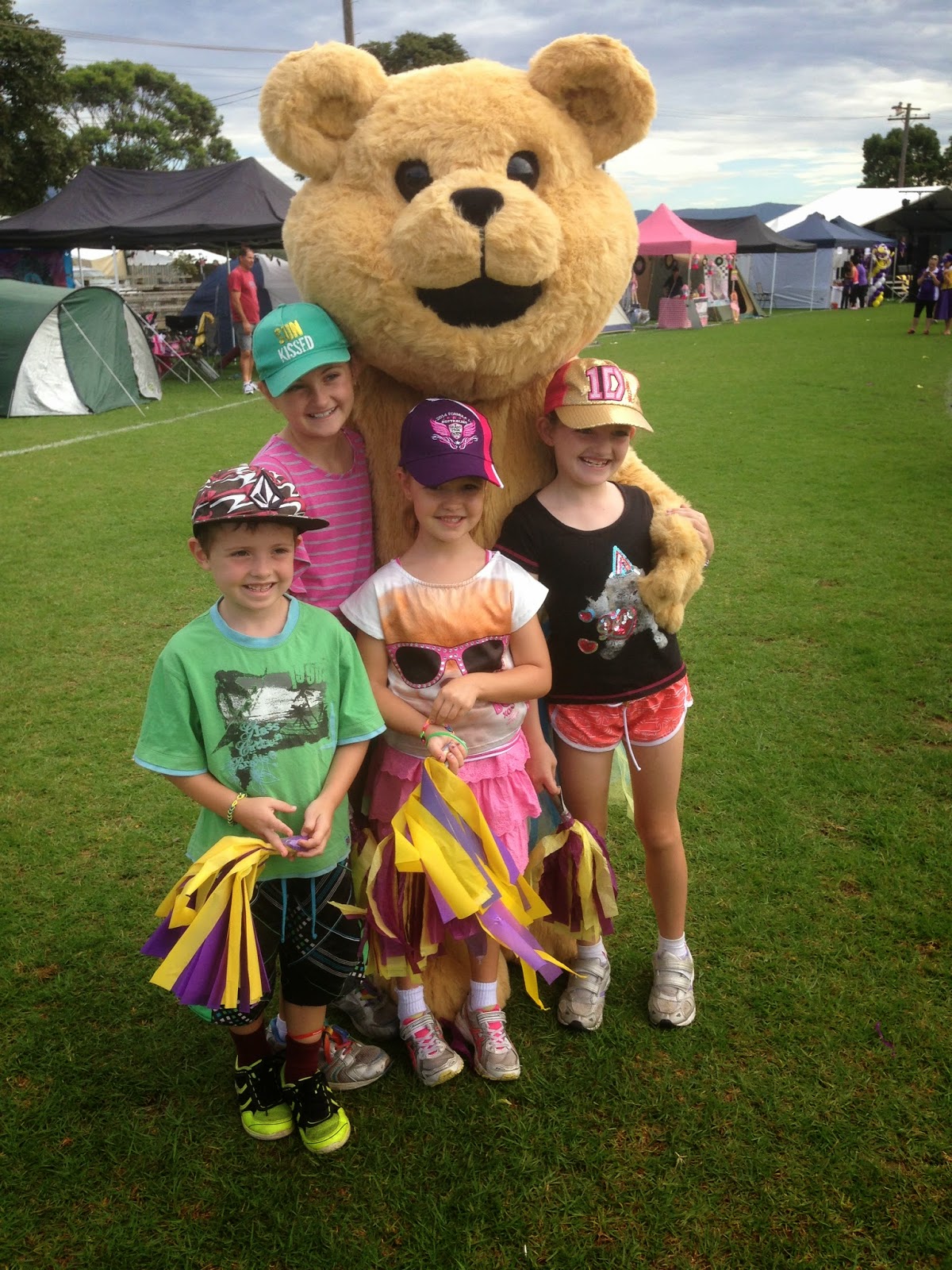 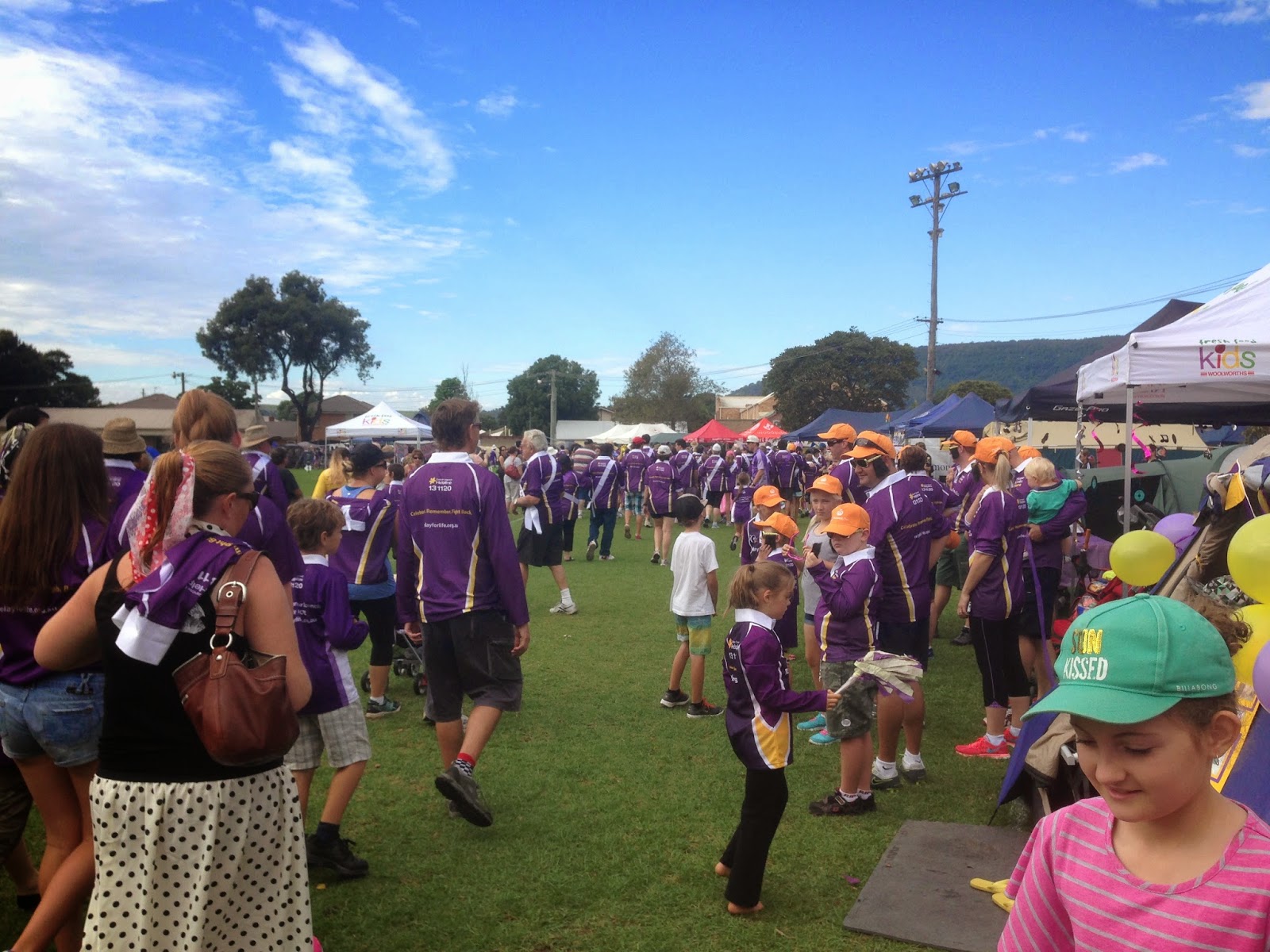 Posted by Bill Peters at 8:55 PM No comments:

How Australia Reaped a Summer of Success

When you look back over what has been a remarkable summer for the Australian cricket team, how do you judge the success that has come its way, and to what do you put it down to? Is it such a huge result as most believe, or were the signs of revival there most of the time, but only covered by an aberration of two legends retiring and a tour of the subcontinent?

1. The removal of Mickey Arthur as coach and the appointment of Darren Lehmann as his replacement.

There is little doubt that this has played the major role in Australia rediscovering its mojo. While Ponting and Hussey were still in the mix, and Australia was still winning, the cracks looked to have been papered over. However, the spotlight of a barren tour of India, a long way from home and the two legends now retired, brought all simmering tensions to the surface. The debacle of the "homework" episode brought stark reality home to all Australian cricket watchers that something wasn't right. Whatever the rights and wrongs in the whole matter, which then drip fed into the start of the England tour with Dave Warner's boozy swipe at Joe Root in a late night pub crawl, the swift removal of Arthur from the post of coach to the appointment of Lehmann as his replacement was a brave and ultimately successful decision by Cricket Australia. In fact, given the flack that Cricket Australia often receives, this move has not received enough praise. They took a huge risk, and copped a financial settlement with Arthur in order for it to happen. Everything that has happened since can be linked to that decision.
Lehmann - from our viewing distance - has been a revelation. The team appears more congenial, tougher, harder, better. Individuals are improving their game, and yet still playing as a team, and playing to the state of the game. Lehmann's presence on the balcony or on the ground is both visual and commanding. His forthright and often humorous press conferences leave nothing to the imagination, he answers each question with honesty and impunity. Nine months into his appointment, and everything about Australian cricket has improved. Having revitalised the team with its current employees, perhaps his next biggest challenge will be in replenishing the team as its elder statesmen begin to come to the end of their reign.

2. Injuries elevate the recall of Ryan Harris and Mitchell Johnson.

This time twelve months ago, two matches out from the Sheffield Shield final, no one - and I mean no one - could have predicted the year that these two bowlers have just completed. Johnson was on tour in India, a tour that saw him play only one Test, for no wickets and a pair with the bat. Harris was about to make his long awaited comeback to the Queensland Shield team, in the hope of being able to bowl some overs without breaking down. The first result was the Johnson was left out of the Ashes touring party, and although Harris was included, he was left out of the 1st Test team. Harris was then instrumental in keeping Australia competitive in that England series, and managed four Tests in a row, before requiring more recuperation before the Brisbane Test in November. Johnson meanwhile performed well in the ODI team, while Mitchell Starc, James Pattinson and Jackson Bird all broke down on the England tour, leaving the door open for his return again to the Test team. Now - if ANY of those three had been fit in November, it is highly unlikely that Johnson would have played in that 1st Test. Can anyone imagine that Australia would have been as dominant without him? Along with Lehmann's elevation to the coaching role, the fact that so many bowlers fell out of contention due to injury to open up that slight crack for Mitch Johnson to crawl though is the biggest moment of the summer.
Harris and Johnson have been magnificent, a pairing that came together through necessity, and ran rampage throughout the summer. Which leads into the next point...

How much do you credit the moustache for the rewards of the summer? It depends on how much you credit superstition in the game of cricket. In the majority, sportsman of all levels find that if they succeed in a game or series or season, they don't like to change anything that may have brought that success. It might be Steve Waugh's lucky red rag, it might be a favourite jockstrap or shirt, or it may be the growing of a moustache for an event called Movember. Johnson shaved the moustache off after the Ashes Test series, and his returns "mo-less" in the one dayers that followed were... less successful. He then grew it back for the South African tour, and has again dominated.
Of course, everything is a mindset. If you are confident in your setup and your action, and you feel as though you can put the ball on a ten cent piece every time, of course you will more than likely have success. But getting that mindset and comfort level is not always easy, and sometimes something as simple as 'believing' that your moustache is your talisman is what gives you that frame of mind. No matter what the naysayers may think, Mitch's moustache had as much to do with Australia's success this season as any other factor.

3. The removal of the "age card" and selection of Chris Rogers.

This was a critical change of selection policy, given the disgraceful handling of Simon Katich at the beginning of Michael Clarke's captaincy reign. The selection of a 'horses for courses' type player, despite his age, was a revelation. Rogers had been the best performed Australian batsman for three seasons in domestic cricket, and had also done the same in English county cricket over a long period. His experience in English conditions was critical, and though he never appeared fluent, he showed grit and determination, something that hadn't always been on show in recent Tests. He showed enough to be retained for the Australia summer, where he fought tooth and nail at every crossroad, knowing that one or two slips would mean the end of his Test career. His 60 in the first innings and then century in the second innings in Melbourne was wonderful cricket. He fought to hold the innings together in the first, and then played his most fluent Test innings in the second. Two further centuries since has now given him another season in the baggy green, and is a just reward for a journeyman who never gave up in his quest to represent his country. He has formed a great partnership at the top of the order with David Warner, which has steadied the problems the team was facing in that position. Which leads into the next point...

There are other reasons as well, of course, but this has been a revelation. Looking at Dave Warner in June in England, and then again at Newlands for the last week, and you see two different cricketers. The party boy with the party atmosphere and misguided intentions of his entertainer role in the Australian cricket team has gone. He has been replaced by a tough, focused, hungry cricketer, who has barely stopped scoring runs. And he is FIT! He has stripped back to nothing, his strength has built up, and he isn't tiring at all, no matter the length of his innings. The training regime Candice has put Warner on (no doubt in private as well as public) is plain to see, and is working. He scored four centuries in the Ryobi Cup when left home from the ODI team in India in October, and hit the new season in fiery form. He is still probably too much over the top in regards to talk on the field, but you can't fault his performances. His Test average has risen from 37 to 46 in eight Tests this summer. The cricket world lays at his feet, waiting to see if he can claim it.

5. The instinct to pick Steve Smith.

No one except the National Selection Panel believed Smith should have been selected in the squad to tour India last year. He had no real runs on the board, and it looked as though he was going on a Contiki holiday. Then Australia was smashed in the first two Tests, and the "homework" scandal claimed four players for a one Test suspension. Enter Steve Smith, who hit a composed and serene 92 in the first innings of the 3rd Test, and finished with an average of over 40 for his two Tests, which was bettered only by the skipper. Despite the hiccup of then initially leaving him out of the Ashes squad, his reinstatement soon after was deserved, and his maiden Test century in the 5th Test of that tour highlighted his talent.
His summer, while slightly up and down, has cemented him as not only a very talented and improved batsman, but as a wildcard with his leg spin bowling, and very possibly the next in line for the Australian captaincy. Again, no one could possibly have imagined this twelve months ago - and the NSP can take a bow for their foresight in his selection.

6. The captaincy of Michael Clarke.

Not the least the runs he has made, and the manner and timing that he has made them, Clarke's captaincy skills have been almost perfect all summer. His innovative fielding positions, his handling of his bowlers, his ability to make the correct timing with his declarations and his general brilliance has not only enabled Australia to be at their best, it has cast a pall over his opposition captains. Their lack of trust in their own decisions, and lack of energy in either trying to make things happen or to change the course or momentum of the match, made it glaringly obvious of their inadequacies in their own positions. Even the couple of occasions where Clarke fired up to opposing players on the field (whether or not this was a good example) showed his passion for the fight, whereas both Cook and Smith spent most of their respective series at first slip with their arms crossed biting their fingernails.

These are by no means the only reasons for success, but to me epitomise what has been the major reasons for the success of the summer. I could also highlight areas where the future still needs to be addressed to continue this resurgence in our nation's cricket - how much longer can Ryan Harris continue, is Peter Siddle likely to be forced out due to not being an express pace, is Nathan Lyon still our long-term spin option, does Australia's first class cricket season need to be re-thought in order that our young kids get enough four-day cricket to make them the players of the future? - but for the moment, we can be pleased that we have regained the Ashes, we have avenged our defeat by South Africa in Australia from 18 months ago, and the tools are in place to ensure we continue to improve, and perhaps one day return to the pinnacle of world cricket.
Posted by Bill Peters at 10:03 AM No comments: