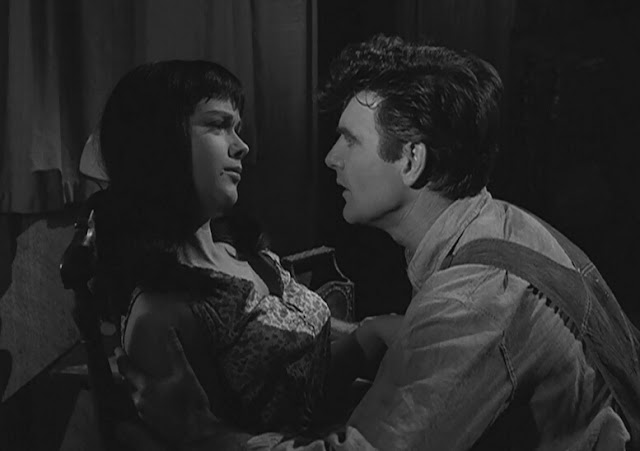 Yeah… this just doesn’t grab me in the slightest. It was a chore just to watch it all the way through again for this process I have been doing with all the episodes. And it’s only because I just don’t see it as such as a Twilight Zone episode.
The story of unrequited love being reversed by means of magic, black or white, is not unusual in this series, but when this is almost a straight story without any ‘diversions’ into the Twilight Zone it lacks any drama. And the fact that none of the characters are particularly likeable doesn’t help much either. I mean, do you really care if the couple get back together in the end? Do you care if the girl’s bewitching powers end up succeeding?
The answer is a resounding no.