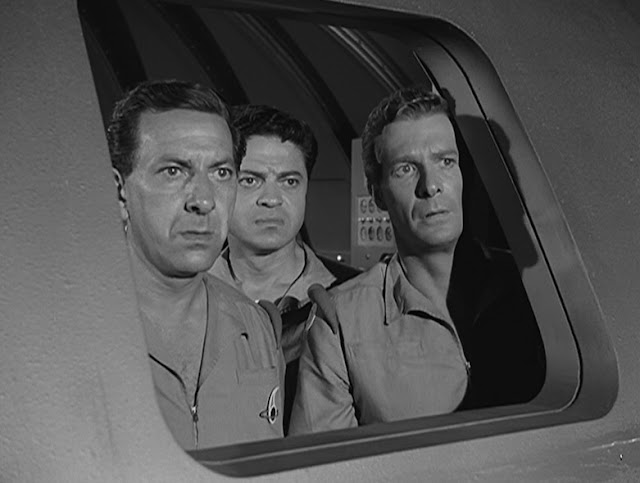 As far as the story goes, for the most part it holds your attention and keeps you in suspense as to what is actually happening. Landing on a new planet in the search for inhabitable places for the human race to travel to, and finding your own spacecraft wrecked next to your landing site, and then finding your own dead bodies on board would be a touch unnerving. How to go about working out WHY it is there is then the difficult part.

While the thought processes of the crew throughout the episode meld together well, the ending seems to shortchange it all. Without Rod Serling’s monologue to end the episode, it would have been left completely ambiguous as to the crew’s fate. I felt that it could have been served better. Apart from that, I enjoyed it and the performances.