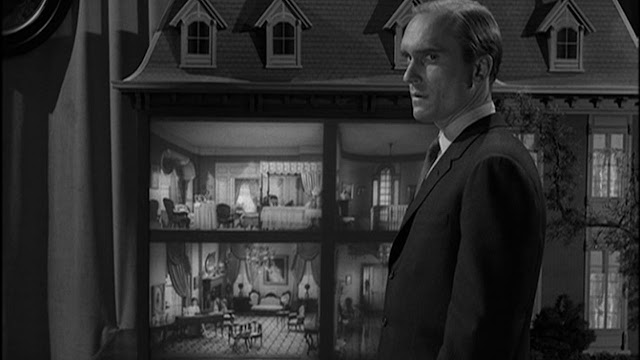 First off, I have to say that this episode was one of those in this series that felt really stretched, beyond what was necessary. What would probably have worked really well as a 24 minute episode had pieces here that were unnecessary to the story itself, and surely were only put in to make sure the episode made the requisite 48 minutes for airing in the hour-long slot that Series 4 occupied.

Apart from that, it is done well. An amazingly young Robert Duvall plays the lead, of the man who is unable to fit in to any place in his life, until one day he stumbles upon a dollhouse scene in the local museum, and he (and he alone) sees the figures inside moving as though they are alive, and he finds he falls in love with the lady of the house. This obviously causes everyone around him to believe he has lost his sanity. The subsequent scenes lead to a much more satisfying Twilight Zone twist than one may have imagined.