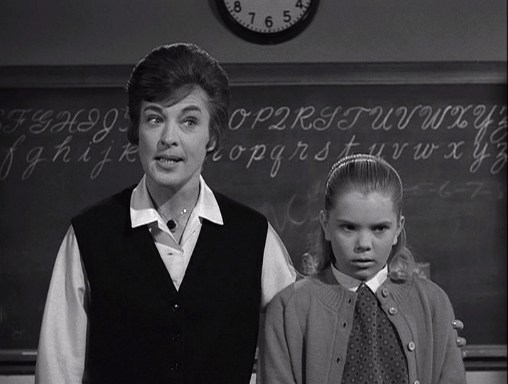 I had my doubts that I was going to enjoy this episode from the opening, with the sets of parents seated around the table, discussing the experiment that they were going to begin with their own children, but I must admit that as the episode wore on I found myself coming to terms with it and accepting it for what it was. The concept of depriving a child all audible conversation in an attempt to increase the other telepathic abilities was interesting, and then to have this same child then thrown into the ‘real’ world and having to try and cope with that made for an interesting case study.

Did it all just fit together a bit too nicely though? The girl being found and taken home by the police chief, who with his wife had lost their only child to drowning, and then going to school, where her teacher had been taught the same telepathic ways before she had fought against it? Well yes, it was a bit convenient, but then again, this is what can happen it the depths of the Twilight Zone!

At least in this story, everyone seems to have gotten what they want, and it is a happy ending. No twist, which is always a tad disappointing, but a nice enough story.