The Curious Case of Fawad Ahmed 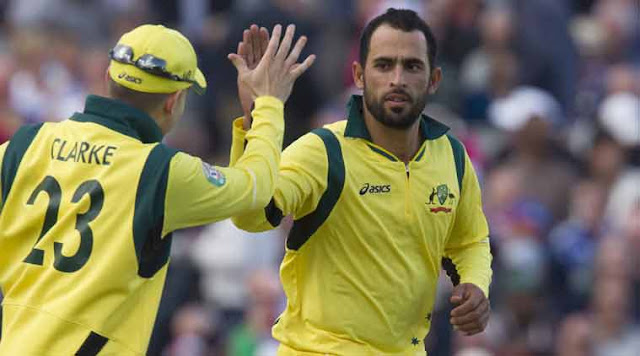 When Fawad Ahmed first came to national prominence six years ago, he was widely seen as the answer to Australia’s spin bowling prayers. Now on the verge of being without a state contract for next season, is his fading light due to a complete oversight by national and state selectors or has he just not put the figures on the board to demand selection?

Much was made at the time of Cricket Australia and the Federal Government pushing through his claim for permanent residency in late 2012, after which he was rushed into the Victorian team and subsequently the Prime Ministers XI that took on the West Indies. In July 2013 he was granted Australian citizenship, allowing him to play for the Australian team.

His entire international career was then squeezed into 19 days in August and September 2013, when he played three ODI’s and two T20’s at the tail-end of the Ashes tour in England. He has not been chosen since, though he did tour the West Indies and England in 2015 as the second spinner behind Nathan Lyon.

What happened in the time between when he was given express service to ensure he received residency and then citizenship so he could represent Australia, to those few games he was given to show his wares? Why did the water turn from hot to cold so quickly? Did his insistence on not wearing badges of sponsors that belied his religious beliefs come into the decision making? Was there any other behind-the-scenes issues that marked his card on being selected again? There is no evidence of this being the case, but why would someone who had been so obviously fast tracked for this role then go to never being selected again?

Prior to Fawad gaining national selection there had been question marks on Nathan Lyon’s ability to do a job in the Australian team, and whether he was the match winner the team needed. Though he was dropped at the start of the 2013 Ashes in England he came back in the subsequent series in Australia and did well enough behind the dominant pace attack that the spin fears of the team seemed to calm, thus probably halting any need to rush in a new option. Lyon’s growing confidence both on the field and within the team clique probably closed the door on Fawad getting a look in for the Test team, and once the World Cup in 2015 was won with extreme pace and part-time spin options his pathway to the shorter forms of the game probably closed as well.

Fawad forced the selectors’ hands with his Sheffield Shield season in 2014/15 when he topped the bowlers aggregate with 48 wickets at 24.85, including a Shield Final best of 8/89 from 40 overs. He made the Ashes touring squad but never got a sniff of playing a Test. This was his best season, and since then he has had a battle to even be selected for Victoria as Jon Holland’s rise has created a battle within itself.

His first class career record stands at 196 wickets at an average of 31.74. In 2017/18 he played seven matches and took 27 wickets at 37.74. At 36 years of age he has been usurped in the race for the Test team by Queensland’s Mitchell Swepson who toured India and Bangladesh last year. Swepson’s Shield figures for 2017/18 almost mirror Fawad’s, with 32 wickets at 36.96.

To watch Fawad bowl is a treat. He bowls the leggie, he has a terrific wrong ‘un and can bowl the flipper as well. At Big Bash level with the Sydney Thunder he has been a revelation, and the way he sets up the batsmen before dismissing them is a masterclass for leg spinners young and old. He rarely seems flustered and continues to come back even if he is being flogged around the park.

If taken on just figures alone, many would argue Fawad has not done enough to force his way into the Australian side on merit since his brief stint five years ago. Figures don’t always tell the whole story, but no selection panel over that time frame has felt strongly enough that he should be in the national side. I think that is a shame. Perhaps if he had been given a chance at Test level he may have bombed, but he may also have stepped up to the challenge and not only succeeded but improved by being at that level. We’ll never know.

Though Australian cricket may be the loser in the long run, Fawad’s career since his asylum here has been a revelation. If his first class career is to end then he has given a lot of people enjoyment from watching him bowl (myself included) which is something he can be proud of.
Posted by Bill Peters at 9:05 AM

Email ThisBlogThis!Share to TwitterShare to FacebookShare to Pinterest
Labels: 2018 Assorted, The Roar