How Can Cricket Australia Save Australian Cricket? 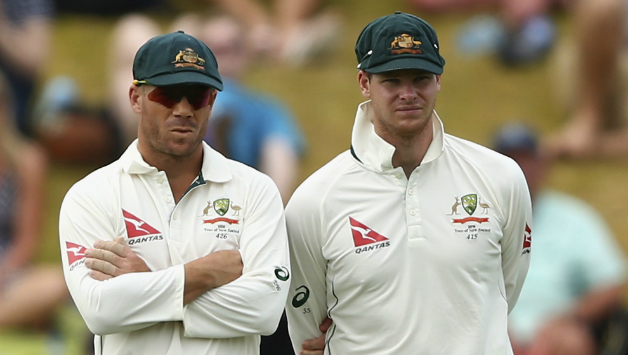 At the time of writing this, something I am doing to hopefully draw the anger and disappointment of this whole situation out of my body and onto the computer screen in front of me, no one knows exactly what Cricket Australia (CA) will do in regards to punishment for the ball tampering saga that has occurred in South Africa. Steve Smith has been suspended for the 4th Test for his part in the show, while Cameron Bancroft has been handed 3 demerit points which means he is theoretically available for the 4th Test that starts on Friday.
But surely, if CA is to have any credibility in the world of cricket, there must be more done. And I don’t even mean about this particular incident.

How does a team – how does the captain and vice-captain of the Australian cricket team – get to the point that they decide that doing something that they know is against the laws of cricket is worth doing if it gains them an advantage? How far gone into your own delusions of grandeur, of your own position in your own protected world, do you have to have risen (or sunk) to think that this is something that you should do? Did they ever consider the consequences? Did they honestly believe that they wouldn’t get caught out, with so many cameras focused on every player and piece of the action? Did they think that even if they were caught, that there would be no backlash? Did they honestly believe that the cricket loving public of Australia – and beyond that just the public of Australia – would be on their side, or would think little of it? Exactly how far have they got their own heads up their own collective arses to actually think they are above the Laws of Cricket?
If it comes to pass, however many people may have been in the know that this was going to occur, that NONE of them actually spoke up and said that you can’t do this, then they are all as guilty as those who have already been punished for it. Because every single person who has heard about this knows it was not only against the laws of cricket, it was JUST PLAIN WRONG! And no, I won’t use the phrase ‘spirit of cricket’ anywhere here, because that is a made up term that is inaccurate every time it is used.

Those calling for lifetime bans and the like are far too caught up in the hype and hysteria of the moment. Similar offences for ball tampering in the past have brought about fines and a slap on the wrist through to two match suspensions. Life bans is a complete over reaction to what has actually happened on the field. However, and this is a big however, the main difference here is that this was a pre-meditated conversation between those who rank highest in the Australian cricket team to try and cheat themselves an advantage against the rules of the game, and it is in that situation that further and heavier action must come from CA than has been handed down by the ICC.

Still, what CA must also do in the same instance is to reign in the current culture of the Australian cricket team, and put an end to the animosity that appears to occur on the cricket field every time Australia play, and to instill a return to the kind of behavior the board and the Australian public expects from its national cricket team. In this series alone we have witnessed a serious and planned attempt to sledge the opposition to the point of abuse, all in the name of unsettling their opponents. It is calculated and it is planned, and it is completely over the top. Suggesting that sledging is something Australian teams have done for decades is a lie, and is used to promote this current team’s belief that it is a fair tactic to use of the cricket field. That it spilled over during the 1st Test into almost provoking fisticuffs between Warner and de Kock is appalling at all levels. The fact that the Australians then felt compelled to complain about what may or may not have been said by de Kock made them look like whingers and hypocrites. This continued into the 2nd Test with more fines, and of course the start of the 3rd Test where the Australians complained both officially and in press conferences about the abuse from spectators. Once again, they looked like prima donners. And now they look like complete gooses. There is no doubt that sections of all Australian crowds are just as bad to all touring teams in our country, and yet little has been done by either the board or the team to quell that. It is seen as ‘supporting the home team’, but when it happens to Australia overseas, suddenly they feel as though they must complain about it.

So here we are, not at the Australian cricket teams metaphorical ‘line’ that they believe they don’t cross when it comes to their behavior on the field, but at Cricket Australia’s ‘line in the sand’. For more than 12 months, cricket in Australia has been building to the point. It started with the pay dispute over the Memorandum of Understanding between CA and the Australian cricketers Association (ACA). CA lost that dispute so spectacularly, with the players actually striking and abandoning a tour such was their belief in their fight, that they have appeared weak and lacking in influence ever since. And from this, it appears as though the playing group and their support staff have formed into an Elite Protected Group, able to do as they wish with a bubble of invincibility around them, answerable to no one but themselves. And once again, whilst they were winning, it was hardly questioned – and I was as guilty of that as anyone else. But as that winning feeling has worn off, firstly against England in the ODI’s at home and now against South Africa in this Test series, either the behavior of the team has become worse or just more noticeable. Probably both. And with these revelations in recent days, Cricket Australia has the chance to re-impose itself on the national team and the way it wants it to be reflected to the public of both Australia and the World – and they must take this chance before it is too late.

I don’t know what CA will do, if anything. If I was in charge, I would make some drastic changes and others that mightn’t feel to be enough. It seems unlikely that they will want to take out their best two players and the two to whom Australian kids most identify for a long period of time, but to me, in the best interests of the players and the team, I think they must.

Whether or not all of this will play out, or if we just see an attitude of it all being forgotten about soon enough, only the next week will show for sure. There is a real possibility that Australia could wipe the slate clean right now, and start to rebuild its tattered image in the world and become what it was once again – a team at the top of the world that is renowned for playing hard on the field but for also for its fair play, and for being able to enjoy a drink after the day in the right spirit. Surely it can’t be that hard. More than anything else, Cricket Australia and its team has to regain the faith of all of the children of Australia who have had their heroes crush their belief in the game of cricket in the past few weeks. If they can’t do that, then the sport in Australia, which is struggling at the grass roots level as it is, may just collapse completely.
Posted by Bill Peters at 12:37 PM

Email ThisBlogThis!Share to TwitterShare to FacebookShare to Pinterest
Labels: 2018 Australia in South Africa