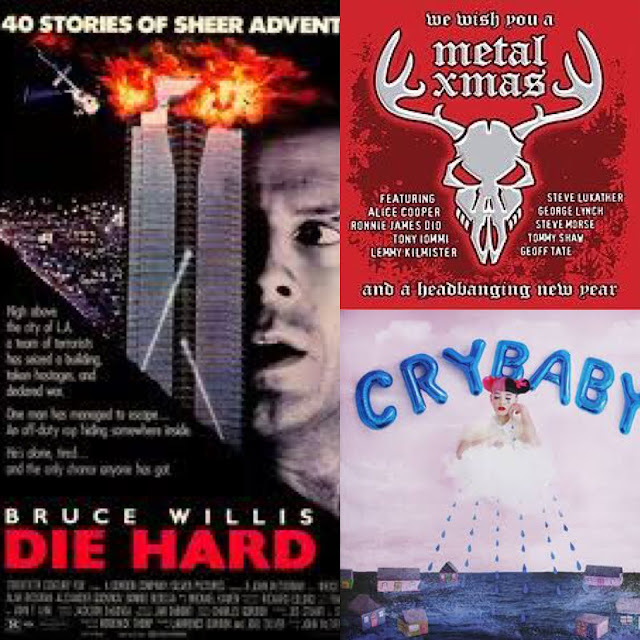 This week on Episode 9:

There’s Something on the TV! – Jess tells us how she actually spends her time at school, by informing us about Miraculous Ladybug that has now got SEASON 2! as well as watching SEASON 2 of The 100, while Bill is breaking up watching the seventh season of the Big Bash League cricket with watching Season 4 of Sherlock

Crap Movies Bill is Forcing Jess to Watch! – It's time to strap yourself in for one of the biggest action films of all time - which also qualifies as a Xmas movie by being set on Christmas Eve - as we dive head first into the Bruce Willis and Alan Rickman explosiveness of Die Hard!

Album Review Switcheroo! – Jess is running out of albums to give to Bill to review, but she finds a way to entice him into listening to Melanie Martinez's "Cry Baby", while Bill has Jess indulging herself in the various artists release of he festive season, listening to "We Wish You a Metal Xmas and a Headbanging New Year"

Crap That Jess Has Been Watching On YouTube! – There is not one but two people to pay out this week as Jess relives Markiplier's Gingerbread House Building Challenge from 2016 as well as informing us of a new post from the channel run by Domics, while Bill has been delving into melancholy by chasing up old Xmas episiodes of the wonderful Morecambe and Wise TV shows.

We also have the result of last week's poll, and exciting news on this week's poll!