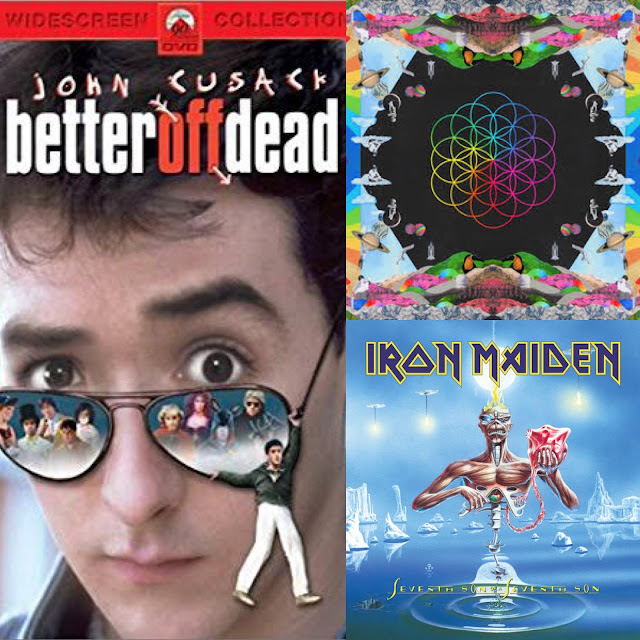 This week on Episode 8:

There’s Something on the TV! – Jess has been binging her way through "The 100" and gives us an update as she reaches the end of Season 1, while Bill has not only checked out the Netflix movie "1922" based on the Stephen King story, but vents on how badly the writers are butchering Season 2 of "Riverdale"

Crap Movies Bill is Forcing Jess to Watch! – It might be grasping at straws to suggest this is a Xmas movie, but when it is as good a movie as this is, you take any opportunity to expose your eldest daughter to it. "Better Off Dead" was this week's choice, and Jess has some thoughts.

Album Review Switcheroo! – It's a face off between modern day giants and veteran heavy metal legends this week, as Bill has asked Jessica to take a listen to Iron Maiden's "Seventh Son of a Seventh Son", and Jess has inflicted unnecessary pain and anguish upon Bill by forcing him to listen to Coldplay's "A Head Full of Dreams"

Crap That Jess Has Been Watching On YouTube! – Jess has pulled out another of her favourites, this time with the somewhat misleading title of "Kick the PJ". While she struggles to maintain some decorum in her segment Bill finds ways to work out what the hell she is on about.