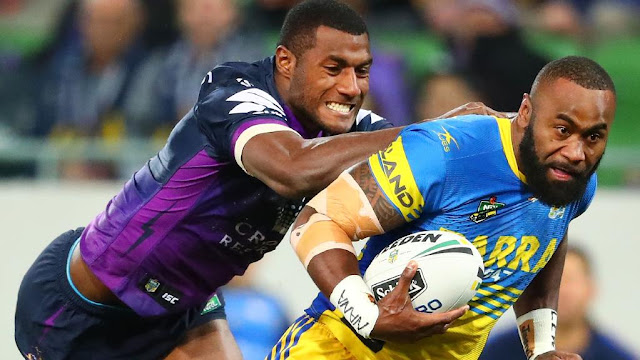 Apparently the NRL finals kick off tonight, which surely is just a four week long give-us-your-money festival before Melbourne is confirmed as the Premiers. Can anyone seriously see them not winning? Or given the season as it has progressed, found another team that deserves to be named as Premiers in front of them? Anyway, thoughts as below.

In recent weeks the Roosters have gotten themselves out of predicaments that could have been costly. They scored in the 77th minute to get over the Titans last week, they got a leg over from the referee to kick a penalty goal in the 80th minute to defeat the Sharks the week before, and scored in the 72nd minute to get past the Tigers. They pushed the Storm all the way in a 16-13 loss but were belted by the Sea Eagles. You can say that they have been persistent rather than spectacular. The Broncos, apart from their two losses against the Eels, have been tough. They don’t get the home final here, but that hasn’t always been a concern for them. Do you regard the Roosters form as shaky or gritty? Have the Broncos wins been against opponents on the downward spiral? The form on both sides is unreliable. Go with the gut.
Broncos by 6

STORM vs EELS
The Storm has been relentless this season after last season’s disappointment at the final bell on Grand Final Day. Billy Slater’s return has improved the team, along with Cameron Munster’s escalating talent. The forward pack keeps doing its job. It appears a foregone conclusion they will be victorious again. The Eels have had a terrific season, and Brad Arthur has done a magnificent job in keeping the team focused and in bringing on the individuals in the team. If their defense can have an on day then their attack is as good as any team. If the barn doors are swinging it could be a blow out. The best case for the Eels is having no injuries at the end of the match.
Storm by 16.

SEA EAGLES vs PANTHERS
Their match up last week at Brookvale is not a great form guide. I mean, how often have the Panthers travelled down from the mountains to beat Manly at home? And who can possibly work out these two teams form lines anyway? Manly has lost to Canterbury and the Tigers but flogged the Roosters. Penrith lost to the Dragons and Manly in the final two rounds but were solid before that. Does either side have an advantage at the SFS? Does Trent Barrett have the cattle to force a win? Are the Panthers in the right head space to go forward? Who the hell knows. Unless finals footy throws up an upset both teams should have been vanquished by next weekend anyway. This match gives the winner a slim chance of moving past next week.
Sea Eagles by 4.

SHARKS vs COWBOYS
From the moment Jonathan Thurston was injured it has been an uphill battle for the Cowboys. It’s the same old story in general, no Thurston no Cowboys. They haven’t looked the same dominant force since, and scraped their way into the finals by the skin of their teeth. Coming up against the reigning premiers in this match, is there anyone who really believes they can get up and win? The Sharks have had a tough time in their premiership defense, but all is not lost yet. Their experience from last year will give them belief that they can still be there on Grand Final Day. Assuming they win this match, whoever their opponent is next weekend will not be imbued with overconfidence. The Sharks are the only real danger of going deep in the final campaign from the bottom four of the finalists.
Sharks by 18.
Posted by Bill Peters at 8:49 AM