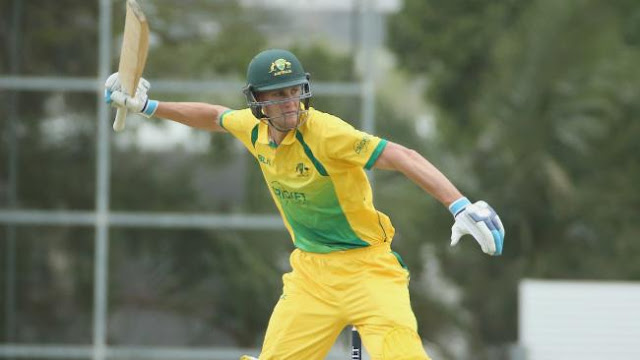 Unless you are from South Australia, the start of this season’s Australian domestic one day competition, the newly branded JLT Cup, could not have gone better. In a match that swayed one way and then the other, it was the kids from the Cricket Australia XI (CAXI) who managed to take the bull by the horns and win just their second match in this format. Of course there is a lot of inexperience in this team, and South Australia is missing up to five players from their best XI due to international duty and injury. The bonus for the CAXI was the availability of Beau Webster, who was overlooked for Tasmania’s squad, and Jackson Coleman, who despite his rising potential was not chosen in Victoria’s squad. Their influence in this match was enormous.

The CAXI won the toss and decided to try and exploit the early morning start, and this they did expertly. Coleman bowled at pace and hooping swing, taking out Weatherald and Ferguson with terrific deliveries. His opening partner was having more trouble trying to keep the ball on the cut surface, but he soon took out Carey. Cooper and Ross staged a recovery, but when Ross played a false shot to Pengelly and Cooper was run out to a wonderful direct hit at the bowlers end, SA was 5/51 and in all sorts of bother.

Enter Son of Boof Jake Lehmann and last year’s surprise packet Cameron Valente. Together they added 94 for the sixth wicket, before Valente and Mennie added another 84 for the seventh wicket. Lehmann’s 37 was serene, Mennie’s 43 his usual style, but it was Valente who made the big score. His 50 came from 105 deliveries, slow but steady in a dangerous position. From here though he exploded, with his second fifty coming off 31 deliveries, including 21 from his final six deliveries to bring up his century. Due to the good work of these three, South Australia reached 9/254 from their fifty overs. Coleman’s three spells gave him the excellent figures of 4/46 from his ten overs, while Beau Webster slowed the run rate in the middle overs, bowling ten overs of off spin for 0/25.

The late acceleration looked to have left the CAXI too much work to do in the chase for victory. Little did I know. The early loss of Bryant was a set back, but the combination of the inexperienced Jake carder and the more experienced Webster took it all in their stride and never looked back. Despite an early chance that was grassed off Carder, these two never looked in trouble. The weakened bowling attack was unable to do any damage on the placid surface. Carder made his first List A century before falling on 102, while Webster was dismissed trying to finish the game with one hit, having also made his first List A century in scoring 121. The CAXI won the match by 7 wickets with 19 balls remaining. It is hard to imagine Webster is still only 23 given he has played 28 first class matches. No doubt this innings will not only be a big statement to Tasmanian cricket but as a kickstart to getting his career back on track.
Posted by Bill Peters at 8:00 AM