There’s nothing very pleasant about having to get up at 3.00am on a Saturday morning in order to arrive on time for junior soccer, but that was what was (almost) necessary when you get drawn to play at Helensburgh at 8.30am when travelling from Albion Park. Thus this somewhat ridiculous oversight faced the Albion Park Junior Soccer Club’s Under 10 White team in their match last Saturday against Helensburgh. The temperature that awaited of 2 degrees was also a tough ask for players and spectators alike.

On the field, the two teams appeared well matched. Although the Albion Park boys and girls had the better of the play in the first half, the defence especially of the Helensburgh team was impressive, consistently foiling any attacking leads from the Whites. The back three of Jack Tate, Jack-Ryan Eberwein and Belle Kadwell had few opportunities to be involved, but did well in tackling their opponents and clearing the ball from the danger area. On the one ball that made it through their wall, it was well saved by Brock Young in goals, moving well across the goals to keep the attackers at bay. At the other end, chances were bountiful but unable to be converted. One corner from Josh Peters curled to within sight of the line, only to be kept out by a last minute scrabble from one of the Helensburgh defenders. Not long after a short corner to Indy Middleton was passed back to Josh whose full blooded shot was stopped only by the goalpost. Both Noah Black and Ky Van Helden had great shots at goal, only to be denied by the goal keepers legs. Despite the domination of attack, the scores were level 0-0 at half time. 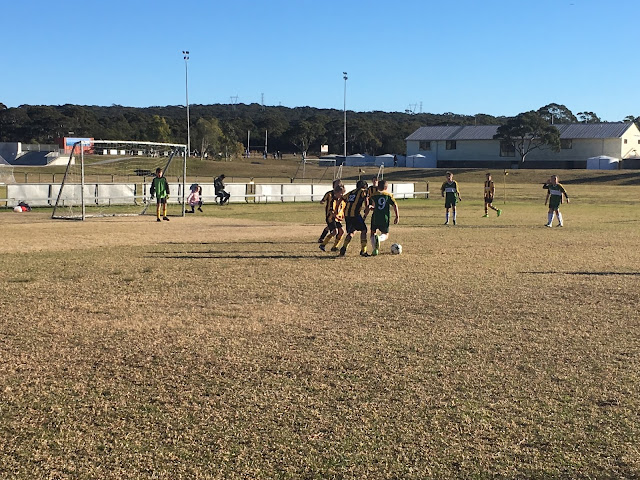 From the very start of the second half, the Park team intensified their attack, but continued to be denied. Ky had not one but two wonderful shots on goal again blocked by the goal keeper. It sometimes is amazing how often the ball is kicked directly at the keeper instead of to either side of them. The injection of super sub Zahli Middleton into the game brought her energetic desperation to the rest of the team, and they kept buzzing around the goals. There was some fear amongst the spectators that with all of this possession and inability to score that the unthinkable could happen, and Helensburgh would get one chance and take advantage of it. Fortunately, their fears were laid to rest soon after when Jack Tate made a great raid down the right side, before making the perfect pass to Ky in the centre. Who beat one player and struck the ball truly past the keeper to finally give the Albion Park Whites the lead at 1-0. 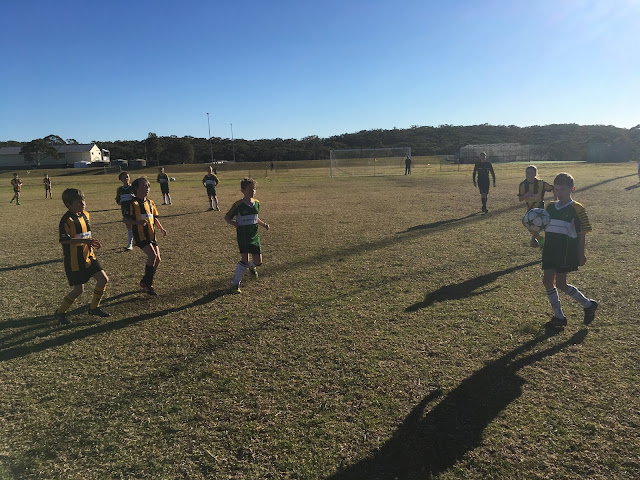 As well as everyone else was playing, there was little doubt about who was the player of the day. Zoe Middleton didn’t stop all day, harassing and attacking her opponents, not giving them even a seconds rest. At throw ins and corners, no matter where her direct opponents was moving to, she was stuck to them, making sure she was in front of them and denying them any access to the ball. Her play was terrific, and it deserved a reward. This she received with about eight minutes to go, after a wonderful shot at goal from Noah had been brilliantly saved by the keeper, but the ball fell from his grasp, and Zoe was on the spot to strike it home for her first goal of the season, and a deserved 2-0 lead for the visiting team, and almost sending her father into heart palpitations.

Helensburgh tried hard to bridge the gap, but the defence of Brock and Belle as well as Jack-Ryan in goals was able to force back every attempt, Jack-Ryan in particular looking extremely confident In his custodian role. At full time Albion Park had won a tough match 2-0, a score line that probably didn’t reflect their domination of the match but certainly provided some reward for the effort of the Helensburgh team.

Player of the Match was awarded to Zoe for her terrific endeavours on the day, a much deserved award for one of the most improved players in the team. 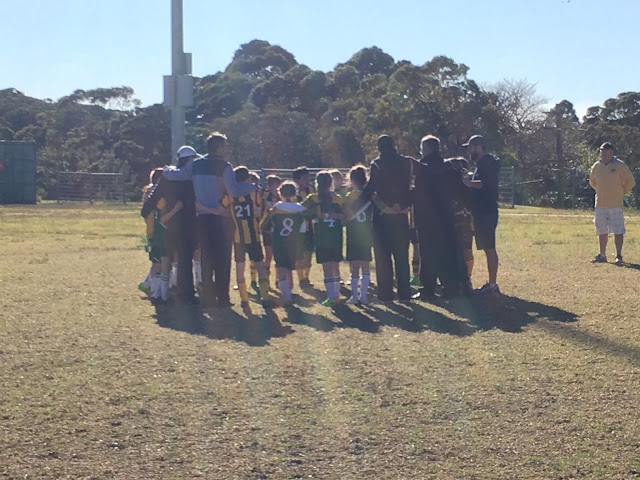