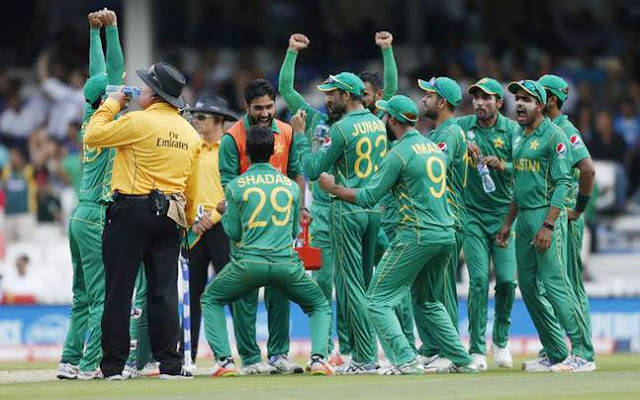 In a tournament of predictable unpredictability, perhaps it is only fitting that the team that was the lowest ranked in the series was the one who came good at the right time, and did most of the little things right in order to come through and claim the Champions Trophy for 2017. Putting aside their recent ODI form and a lacklustre belting against the same opponent two weeks ago, Pakistan has barely put a foot wrong since, and took advantage of India’s shoddy effort throughout the day to decisively put their opponent to the sword.

I don’t know why captain’s continue to win the toss and put their opponents in to bat. Certainly as I have said in recent matches, the tactic of batting second has paid off, but surely ESPECIALLY in a final you want to put runs on the board and pressure the team chasing those runs. Still Kohli persisted with his thoughts, and it must be said that his bowlers failed to back up that decision. After three excellent overs to open the match it all went pear shaped, with wides and no balls coming in flocks. Fakhar was caught behind off Bumrah, but it was a no ball and he was reprieved. On 3 off 8 deliveries at the time, the overstep cost India another 111 runs off 98 deliveries and forever changed the course of the match. Even when Fakhar did what the Indians could not, by stranding his partner Azhar Ali on 59 with a ridiculous run out, the Indians already appeared shellshocked out of the contest. Unlike the last six matches, where this point of the first innings coincided with a downturn in the batting team’s fortunes, here Pakistan just continued on, helped by the untidy bowling and the inability to halt the run rate. Ashwin and Jadeja, jewels in the crown on home tracks, were impotent here and both went for more than seven runs an over without being about to make vital breakthroughs. Pakistan’s middle order grew in the strength and vigour built from their top order, and by the end of their fifty overs they had scored 4/338.

The pressure of chasing a big total in a final can never be underestimated, and the ability to combat that is enormous. Mohammed Amir, seeking redemption in the country where his most shameful acts on a cricket field had occurred, produced the kind of spell that all cricket watchers expected that he could since first seeing him as an 18 year old. Bowling at pace and bending his left arm deliveries back into the right hand batsmen, he trapped Sharma plumb in front third ball, had Kohli dropped at first slip in his next over, before having him caught at point the very next delivery. Then in the last delivery of his fifth over he had Dhawan caught behind, and the top order had been decimated. He finished with 3/16 from his five overs, and amazingly wasn’t required again in the match. Yuvraj and Jadhav were both outthought by the leg spinner Shadab, while Dhoni was set up beautifully by Hasan and he dutifully hooked straight down square leg’s throat, and at 6/72 the match was surely gone. Pandya decided to have a crack though, and his 76 had come from 43 balls before he was sold up the river by Jadeja, who not only should have done everything to get his partner on strike, but then turned his back on him when the mix up occurred and allowed him to be run out by 15 metres when the very least he could have done was sacrifice his own useless wicket. It was thoughtless and selfish cricket, and Pandya’s frustration was obvious to all, no doubt more so when Jadeja threw his own wicket away six balls later. With India perishing for 158 in just the 31st over, a defeat by 180 runs is something that will not be very palatable for the supporters back home.

So where to now for the Champions Trophy? Does it retain its format? Does it get bigger? Does it exist at all? The jury is still out, but you can be sure that the Pakistan supporters and players will all be celebrating for some time over their amazing climb to the victors circle.
Posted by Bill Peters at 4:03 PM