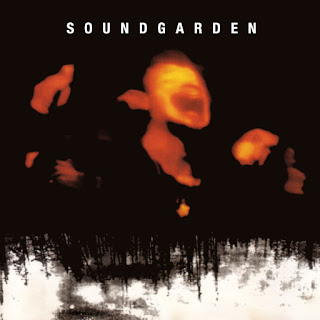 Superunknown is a refinement to what the band had released in the past. For the most part the tendrils of heavy metal have been wiped clean. There are no songs here that come close to some of the material that was written and recorded on Badmotorfinger. There are some good hard rock songs, and some good alternative songs, and some songs that continue to fly the flag for the grunge scene, which was quickly moving away from its peak by the time this album was released. Perhaps it was a more commercial record, or perhaps in essence it is just that two of the singles here went gangbusters both on the music video shows as well as commercial radio.

“Let Me Drown” is a strong opening song in a classic hard rock way with hard drums and solid rhythm followed up with vocals that are forthright and at the forefront of the song. “My Wave” comes from the same production line, with Cameron’s hard hitting drums bursting out of the speakers at you followed by Cornell’s wonderful vocal lines. Songs like this, when Cornell is on song and being the driving force of the song are my favourites because everything works together and there is a force behind it, a driving desire. That still makes songs like the following track, “Fell on Black Days”, terrific in their own right, but it is a different style of song, for which there is more melancholy in both music and vocals. That this band is capable of writing and performing these two styles of songs without skipping a beat is one of their great strengths.
Whatever the process, this almost acts like Soundgarden’s vision of Sgt Peppers. It contain songs that have almost psychedelic connotations with songs such as “Mailman” and “Head Down” and “The Day I Tried to Live”, that really hold themselves back and spin out the drama. Sitting between these songs is the title track “Superunknown” which is the rock alternative to those tracks, while “Limo Wreck” is a real indulgence, a long dragged out affair that combined with “The Day I Tried to Live” combine the thoughtful slow smouldering rhythm within the tonal areas where each songs has its own break out point where the music and vocals both explode for a time. Mixed within the middle of this are the mega-singles, “Black Hole Sun” and “Spoonman”. “Black Hole Sun” disguises its intent within the clear guitar and smooth vocals before the heavier guitar comes into play, while “Spoonman” is the closest to metal this album comes in regards to drum beat and guitar, which along with that higher range vocal from Cornell initiates some blood pumping through the veins.
It will always be the upbeat songs such as “Spoonman” and “Kickstand” that I remember most fondly, because they are the ones that make a band for me. You can have your melancholy songs and your reflective tunes and those types of songs, because they have their place within the framework. But the faster upbeat songs are the ones that grab your attention and hold it for longer, because that is how they are designed. The back half of the album reigns in these songs to a degree, but that doesn’t make them any less entertaining, it perhaps just muddies up how the album finishes.

I often wonder why this album for me didn’t quite match up to the previous album, and indeed how that occurred again with the following album. More than anything else, the music was changing even if it was ever so slightly. That was necessary for the band to survive the end of the grunge era, but was perhaps at odds against themselves. On a personal level my own metal preferences were being to move towards the faster paced European bands, but in the end for me I felt as though the album tailed off, that its best work was done by two-thirds of the way through. Despite these thoughts, this is still a terrific album, one that I can still put on and enjoy thoroughly.