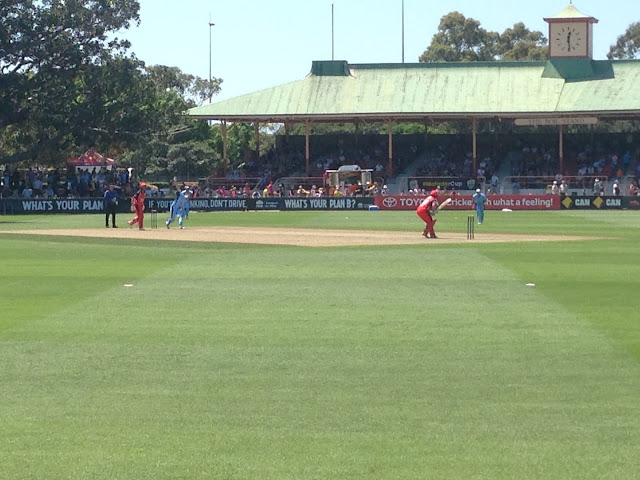 Dan, Bono and I decided to warm up for our Adelaide trip by heading to North Sydney Oval for the final of the domestic one day series. With all of the Test players available after the cancellation of the Test tour to Bangladesh it was a star studded arena full of great cricketers.

Dan and I brought Josh up with us, and once we were inside the ground, he was asked if he wanted to go out and stand with the players for the National Anthem, which he obviously agreed to. He received a medal from Tim Ludeman, and got to shake hands with Tim as well as Alex Ross. Tough gig for boys. 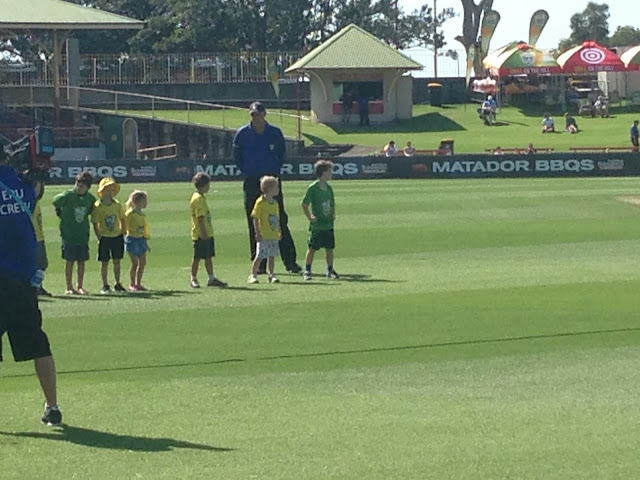 Once play started we moved down to the old stand where the old crew used to frequent in our days attending games here. Having watched Mitch Starc cleaning up Travis Head, there was a huge shout next over for LBW from Josh Hazlewood, but it was turned down. He came down to fine leg, and I said "Looked plumb from here Josh!", He turned and smiled and indicated it was swinging down leg. A nice bit of by-play there. The Blues bowlers dominated, and even though a good partnership between Callum Ferguson (61) and Tom Cooper (105) of 154 at least got their total over 200, no one in living memory had ever defended 221 on North Sydney Oval to win. 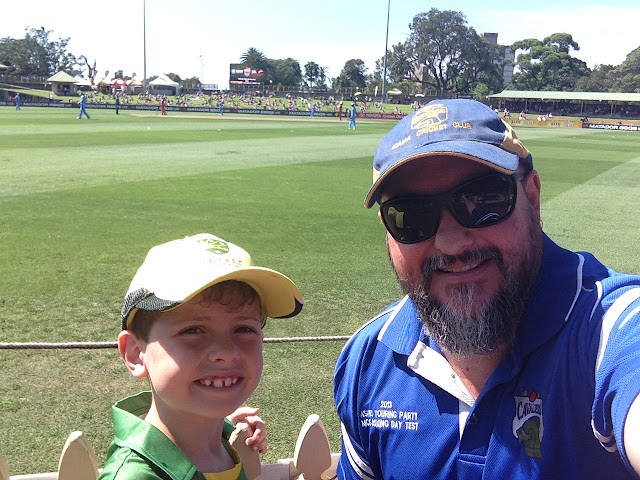 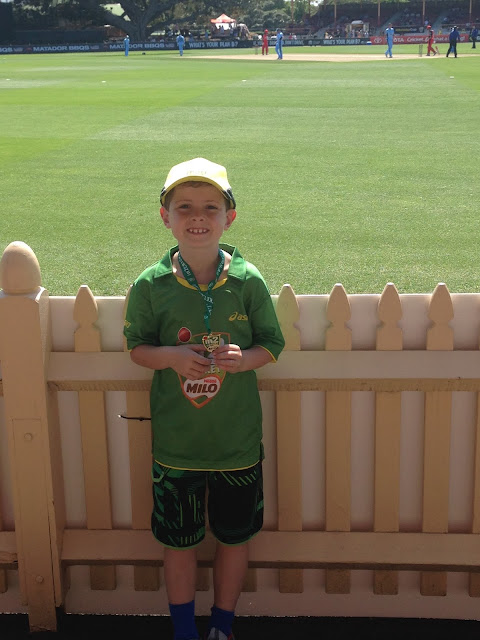 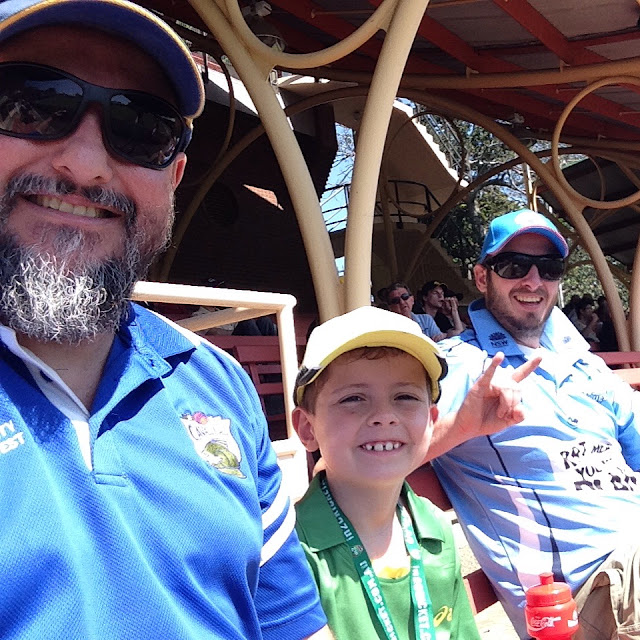 And so it proved. After Nic Maddinson had slapped 44 off 29 balls including a couple of big sixes over the grandstand we sat in, Ed Cowan and Steve Smith settled. Smudge had 19 off 35 balls, and 33 off 51 balls, and 50 off 61 balls before he went ballistic, finishing with 84 not out off 72 balls. Cowan had 88 not out off 78, and the Blues won with 9 wickets in hand and 20 overs to spare. Some of Smith's straight hitting to the south of the ground was just massive. Josh had a ball watching it. 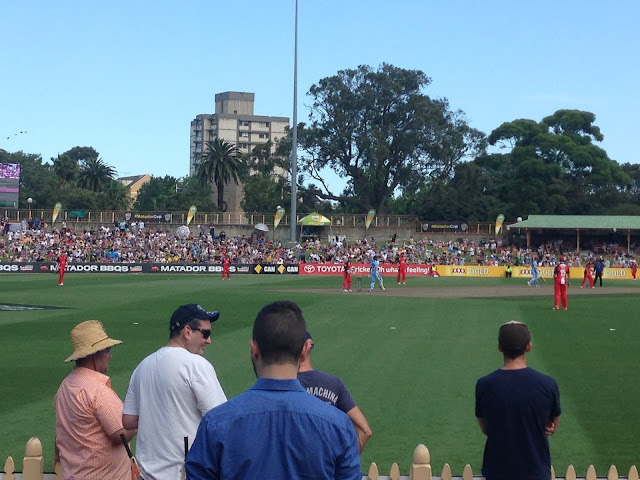 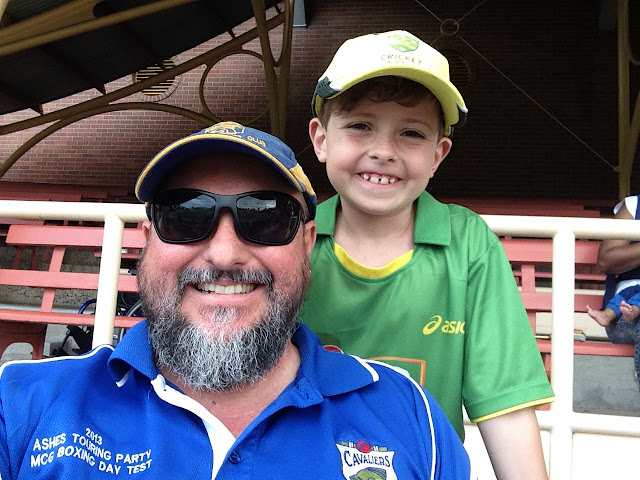 The end result meant that even on a Sunday evening, we were home before 6pm, and not over tired for the following day's work.school day.

Email ThisBlogThis!Share to TwitterShare to FacebookShare to Pinterest
Labels: 2015 Assorted, Two Men on a Cricket Tour