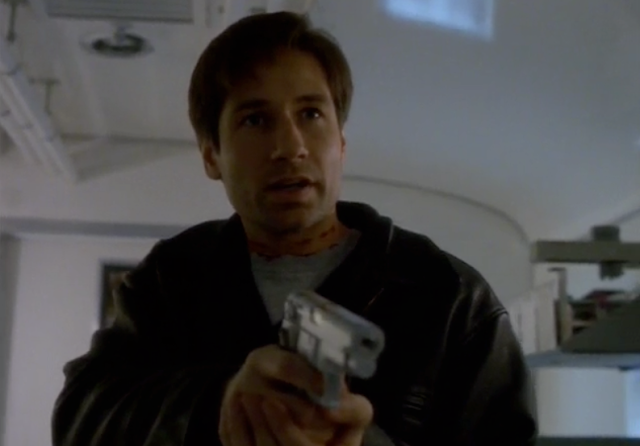 
"Apology is Policy" is how we start this episode, the second half of a two parter where Fox is still on top of a train and Scully is chasing up other aspects. We then spend the next 45 minutes with Scully chasing possible human/alien hybrids, or lepers, or super soldiers immune to everything, while Fox gets himself trapped in the boxcar with a bomb that's ticking.

Scully meets up with one of the Elders who shows her the "truth" to her "abduction", once again sending her to the sceptics side of the argument (no surprise there), while Fox sticks solidly with his beliefs.

Not a bad episode, though as per usual when it comes to the alien conspiracy episodes, the ending is more or less unsatisfying.