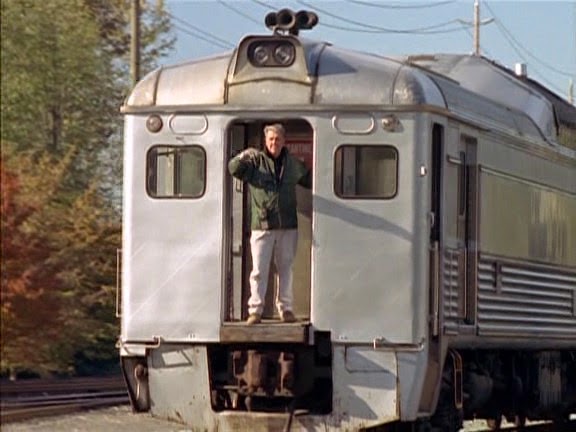 The first of a two-parter, there was potential here but I actually tend to get bored by the end of the episode. I didn't mind the alien autopsy, and Fox and Scully going off to find out about it, but the Mutual UFO Network sideline, about women who have seen Scully before didn't gell with me. I know it becomes important further down the track, but it felt forced in this episode.

Then suddenly Skinner is out and about, Fox finds a secret spaceship and more Japanese scientists who were brought in to work on the human-alien hybrids from "Paper Clip", and Scully gets met by X, who warns Fox not to jump on the train, but he does anyway.

Yeah, a lot going on, and it feels as though there's too much with no answers. Until Part Two...