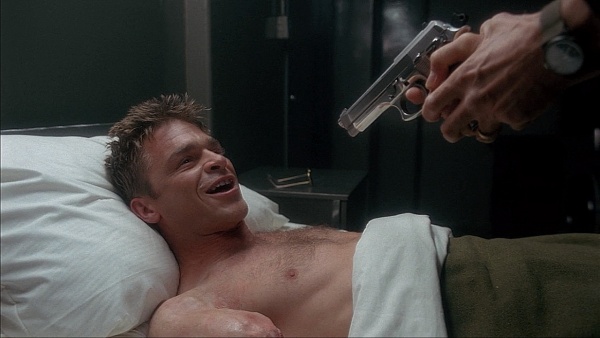 I don't mind the idea of this episode, but I'm not sure it was well enough explained as to why Rappo has such a problem with his targets. Yeah OK, he's lost his arms and legs in the Gulf War, and he is antagonised with his superiors, but by this much? The astral projection story works fine, but the simplification of his eventual demise could surely have been conducted earlier if all and sundry knew how he was doing it? Scully was left like a lost puppy again for most of the episode.