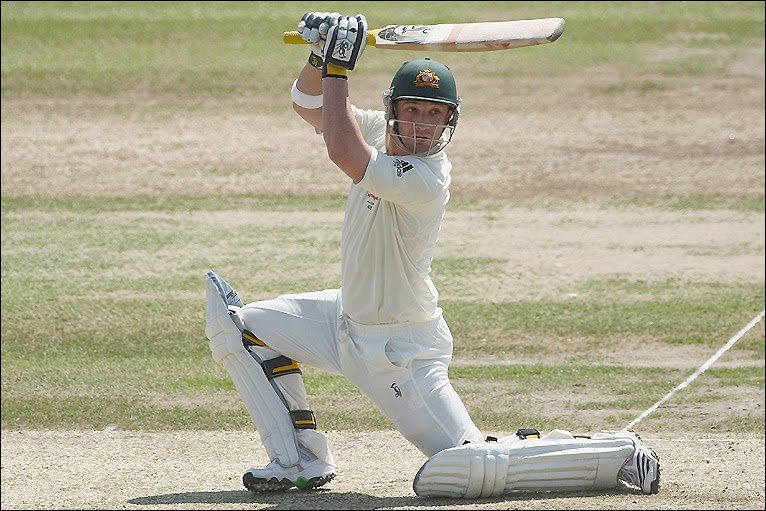 Why do I weep for a young man that I never met, that I never knew, whose hand I had never shaken nor whom I had ever had a chance to have a conversation with?

Phil Hughes was the epitome of what we want our greatest sportsmen and women to be. He was a prodigy, fulfilled in his second Test match with a century in each innings. We wanted him to succeed. When he was seen to fail in the eyes of some, and then dropped (unfairly by many), he didn't sulk or sell his story to the media. His finest line was always "if I keep making runs, my chance will come". And he kept scoring runs, and he kept getting chances, and each time he was cast aside - more often than not a borderline call - he reiterated his stance. This is what we wanted from our young sports stars - the will to fight for their place based on performance, not through media bleating. His determination was obvious, and almost always supported by his winning smile.

Everyone who has played the magnificent game of cricket will be devastated today. We all know how close you become with your teammates, and the joy of playing in a team and a club, and how close your relationships become with fellow cricketers, based solely on the game. That even extends beyond that, to players in first class and international level, the connection of watching the game, and imagining yourself in their position, the joy of winning, the agony of loss.
Each one of us has been hit by a cricket ball, some much more seriously than others. We have all faced the fear of injury from a fast bowler, and dealt with it in our own way during our careers. None of us could ever imagine what has happened to Phil actually happening. And it is frightening and scary, but more than anything else, deeply devastating.


Why do I weep? Because an obviously terrific young bloke has been taken away from all of us before he was able to capitalise on his obvious talents, and turn himself into a cricketer to whom we could hold aloft as one of the best of his time. But more than that, I weep for a young man who had his whole life in front of him, and to be taken at the age of 25 in such a way is the greatest tragedy of all.

Phil Hughes remains on 63 not out, and I weep for an innings that will never be completed.
Posted by Bill Peters at 7:20 PM