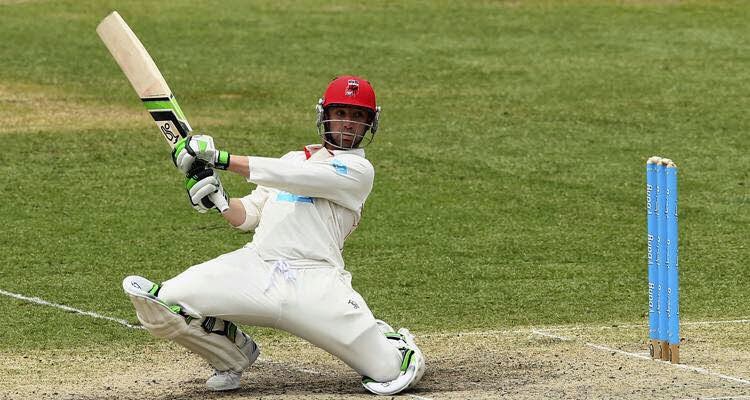 He burst onto the scene five years ago, a nineteen year old with all the talent in the world. A duck in his first Test innings, followed by a half century, and then a century in each innings in his second Test. His future was set.

Almost from that point, he seemed to get short shrift. In order to shoehorn Shane Watson into the Test team in England in 2009, he was sacrificed without due cause. From here, he was constantly criticism for his technique, though he continued to plunder first class bowling attacks everywhere. He fought back, made the Test team again, and was then dropped. Back again... dropped. Each time without what anyone could consider a fair chance to try and consolidate his spot.
He even ended up being moved around the batting order. Opening, number 3, number 4, number 5, number 6. From game to game. Even innings to innings. And still, he found himself discarded, dspite his best efforts, and despite some fine innings. He even made the ODI team, made two centuries, and was then dropped.


Today, it was obvious that Michael Clarke would be ruled out of the Test next week, and today's batsmen would be fighting for his place. And according to plan, he had moved to 63 not out, giving the selectors every reason to think he would be the man to make the Test squad.
And now, having been hit by a bouncer that he was far too early on, he finds himself possibly fighting for his life in a critical condition after surgery.

Through his whole career, Phil Hughes seems to have been fighting for respect, for his career, at every turn. No matter how many runs he has made, he has had to fight against the detractors. And through all this he has carried on, saying all the right things, smiling, and kept making runs.
We may never know if Phil was going to be selected for next week's Test now. Just more short shrift for a guy who has never given in. All we can hope for now is that, for once in his cricketing career, he doesn't get short shrift through this terrible accident, and that he pulls through with his life fully intact.
Posted by Bill Peters at 6:06 PM