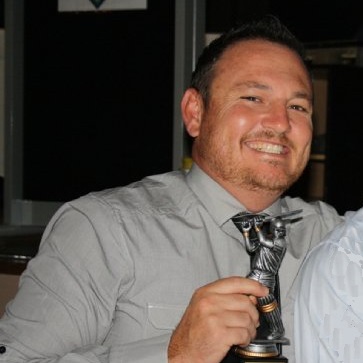 We journeyed to Kembla Grange this morning to mourn and remember the life of Tim Davies, who sadly passed away three weeks ago on July 4th.

Tim first came into our lives back in September 2003, when he arrived at the Kiama Cricket Club, and played in our 2nd Grade side that made it to the final in the 2003/04 season. It took me a few games to get to know him, and my character, and no doubt the reverse was probably also true.
In our second game together, I was square leg umpire when he edged a ball to first slip and was caught. Tim stood his ground - first impression, not a walker. The standing umpire hesitated, and then asked of my opinion as to whether the catch was taken. I was on the opposite side of the slips cordon, but it looked a regulation catch from where I stood, which I indicated, and the umpire upheld the appeal. Tim began to walk off, and as he passed me he adamantly cried "It fell a foot short of him!!!" Second impression - a passionate cricketer. I'm pretty sure his first impression of me from this instance was 'a bloody idiot'. I'm not sure he ever forgot that moment. It probably didn't help that he was dropped to 3rd Grade for the following few rounds.

Tim played the majority of that season as a batsman. He finally came good in the last game before Christmas, scoring 72 in the win against Jamberoo. Ironically, this was the game that cost Kiama any chance  of the 2nd Grade minor premiership, when it was found Anthony Mortimer had not received a clearance, and the club had the points taken off them.
In the first game after Christmas in January against The Rail, Tim had made it to 52 before being dismissed. His first words on leaving the field were "I've just thrown away a hundred there!". He was right. Rob Farrell and Steve Holz did not make the same mistake and scored centuries that day, and Tim was still kicking himself over it years later.

By now Tim had well and truly established himself in our circle. Off the field, in social groups, he was a clown. He had that cheeky grin, the shining eyes, and the shrug of his shoulders that implied his impish behaviour. He loved a joke and a laugh. He held himself equally well in a crowd of twenty off to the races, or in a group of three or four over a beer and an occasional cigarette in a casual conversation. He fitted in well with us, because we loved to talk sport, and we loved to know that we were experts on every sport in the world, and why wasn't everyone listening to us because of it? When we disagreed on a sports subject - and that would occur every so often - the discussion was eventually ended by Tim when his eyes lit up and he did his shimmy with his shoulders while announcing, "Well, you're wrong!", laugh, then move onto the next topic of conversation.
Not only did I love this, I loved his passion and determination on the field. He hated losing, as much as anyone I've played with, and he would move heaven and earth in order to avoid it. When he finally took the gloves and became the team's wicket-keeper, he played the leading role, and wasn't afraid to tell the opposition what he thought, or his teammates either. Some of his team mates got rubbed the wrong way by it, but it was never personal. It was just that he wanted the best out of everyone, and he wanted to win.
This was obvious in any game he played, not just cricket. People quickly learned that you never played cards with Tim if you were going to be satisfied with just having a friendly game and that the result didn't matter. It was a serious game for Tim - he hated losing, you see. On one memorable day Steve Holz even dubbed him as "Poker Magoo" over his desire to win, despite the complete lack of prowess of his partner while playing Euchre during a break in play at cricket. The moniker stuck, such that he often used the name as his sign in when it came to cricket matters such as Dream Team competitions or on the club's Forum page.

It has been three months since I spoke to him, and he gave me no indication that anything was amiss at that time. On the day we were told of his passing, it was a complete shock, and one that has been difficult to come to terms with. 42 is far too young to be moving on from our world, and it still makes me sad, and  a little cross, to think that he couldn't reach out to someone and just talk about what he was really feeling.

Thanks for everything Tim. I will always remember you with that cheeky bloody grin on your face, like a child who has just done something that he knows full well he shouldn't have. Hopefully you are having more luck with the umpires where you have gone that you claim you did here.
Posted by Bill Peters at 3:15 PM