Memorial for a Wonderful Couple

This afternoon there was a wonderful and lovely memorial held at Albion Park Public School for Michael and Carol Clancy, who lost their lives a week ago on Malaysian Airlines 17 over the Ukraine.

All the church leaders were there and had their chance to speak. Most impressive and moving was of course Jim Cooper, former principal and close friend of Michael. What a tough week he has had, and what a marvellous job he has done  in recalling Micheal's legacy. He has done him proud. 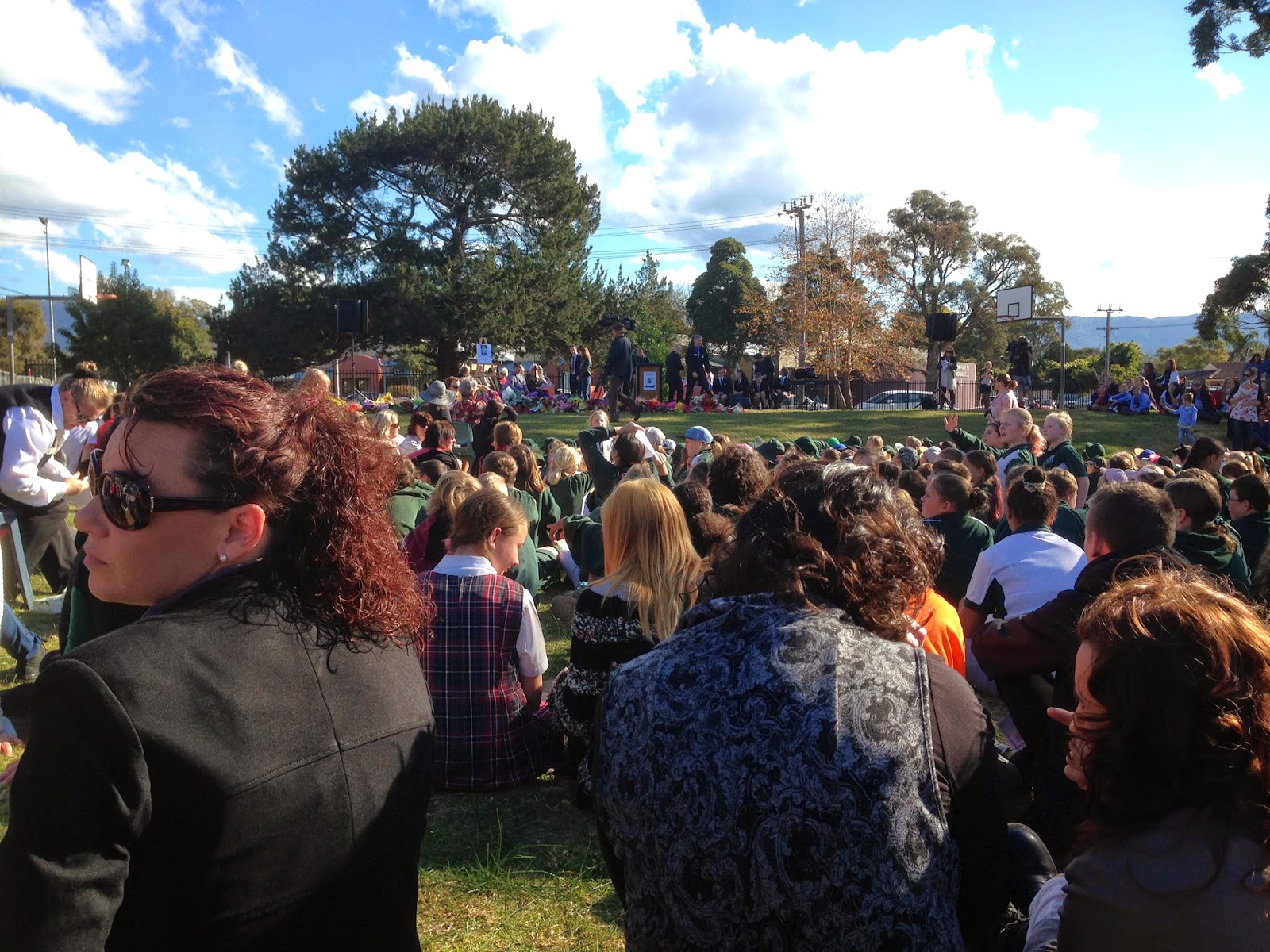 At the end, the kids let go balloons, with messages attached for both of the Clancy's, and let them fly off into the distance, which was a touching and wonderful moment for everyone. It has been a long week for everyone involved, and while the Clancy's and their work will never be forgotten, hopefully now the kids can put this tragedy behind them. 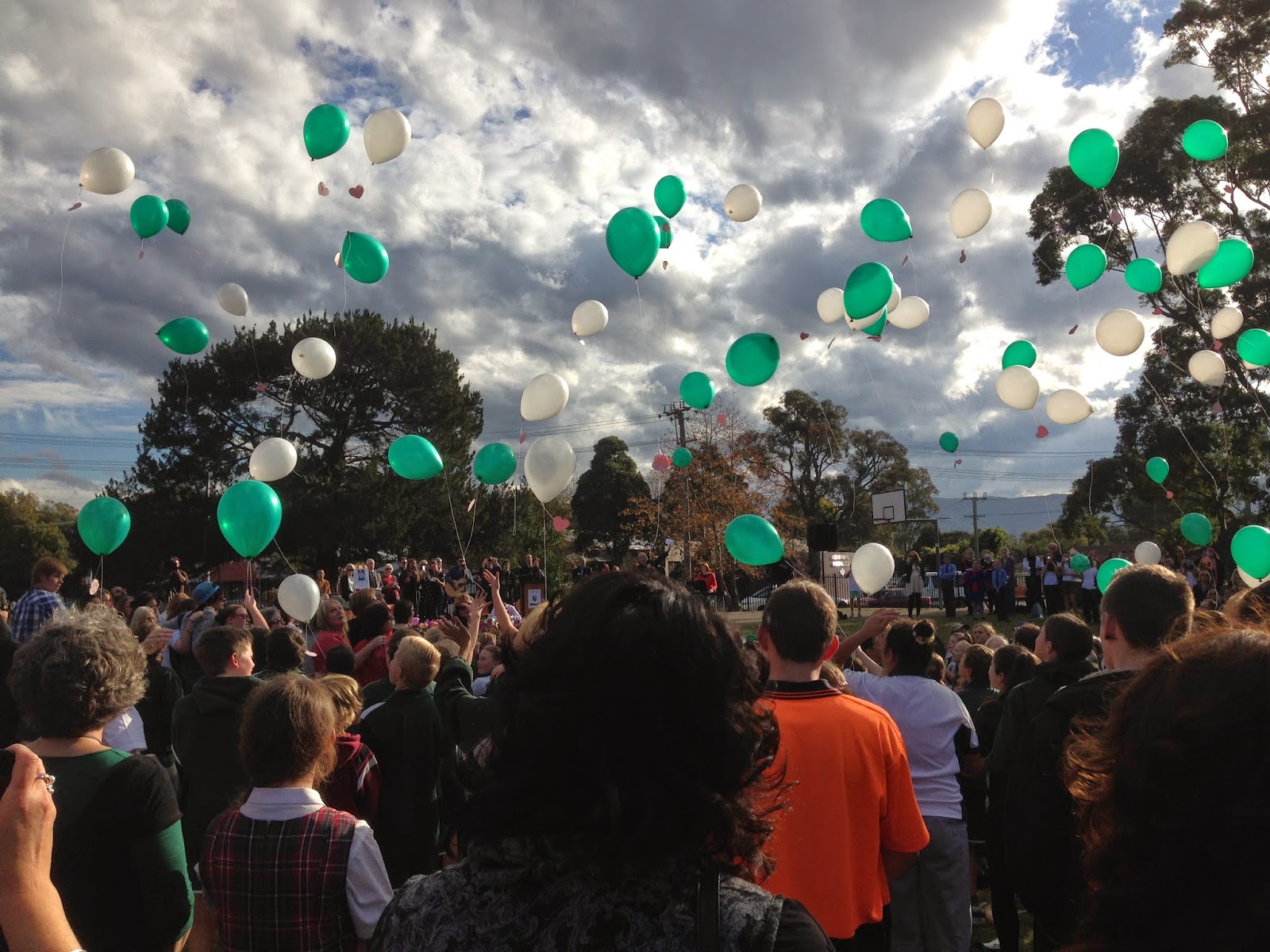 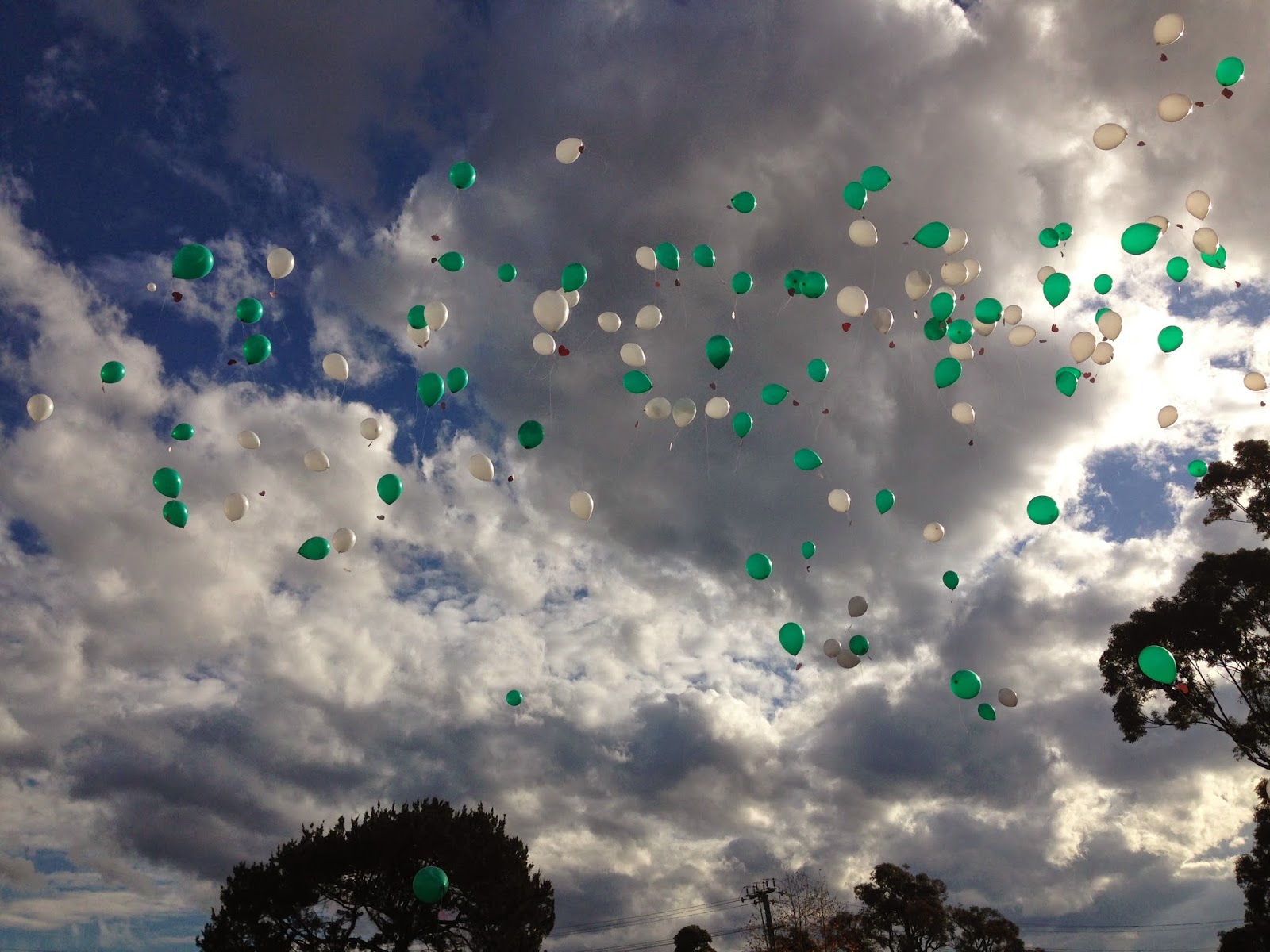 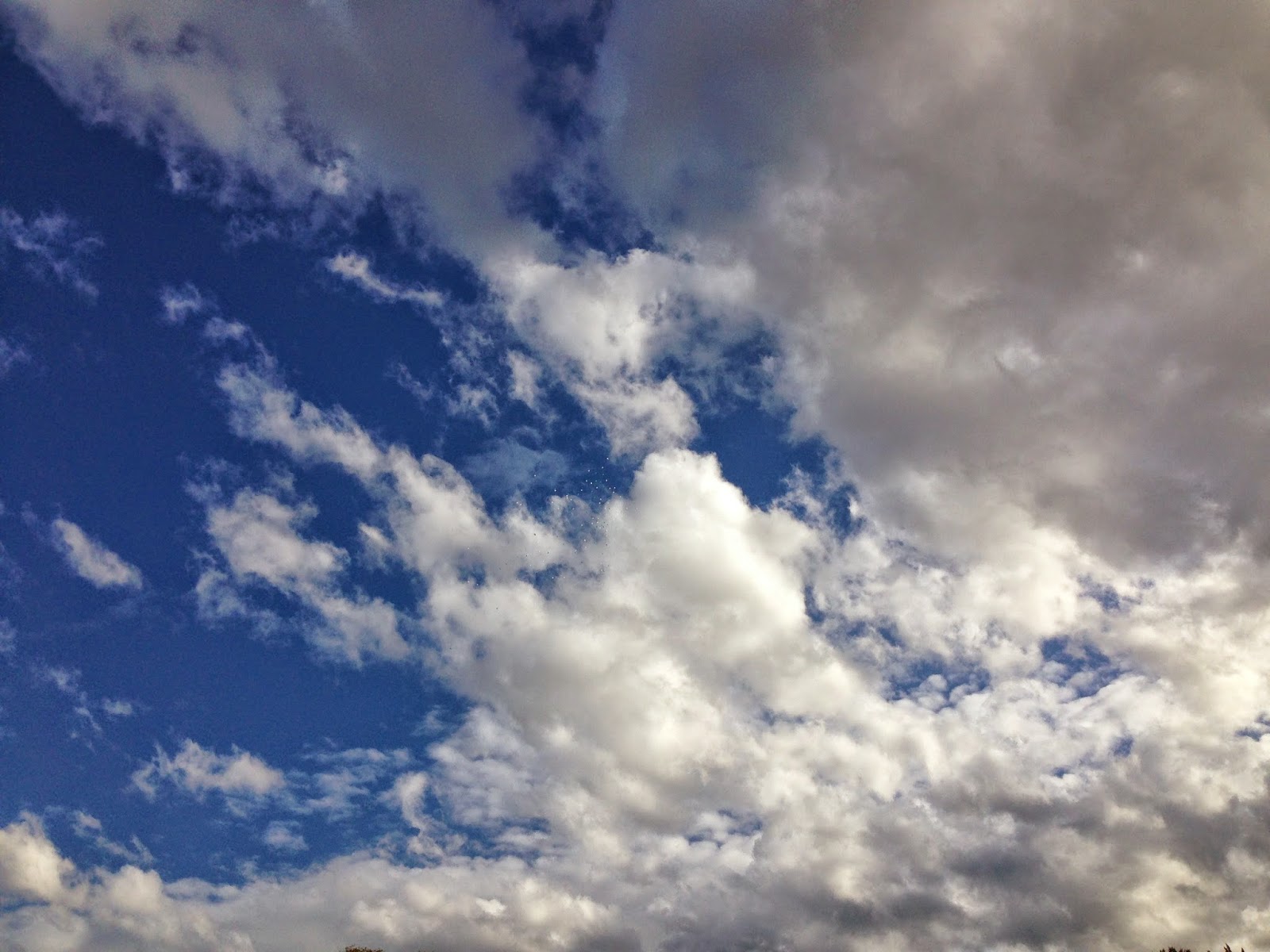