Terrible news this morning, as Simon Whitlock was beaten in the semi-final of the PDC World Championship by Peter Wright. For goodness sakes, how the hell do you get beaten by a guy who dresses up like that?!? Lots of disappointed Australians this morning after The Wizard's departure.

We all had a bit of a lay in this morning, meaning that we were getting a hurry-up knock on the door at 9.55am to remind us of check out time. We'd have been fine, except for the discovery of head lice in the kids hair, especially Maddi's, which meant an hour of washing and treating and combing and cleaning all three kids hair by Helen - just what you want when you are on holidays! Anyway, once that whole process was completed, it was back into the car and off to Queensland!

We drove through Tenterfield, where the kids' new principal at school was transferred from, and sang snatches of "Tenterfield Saddler" and "I Still Call Australia Home" and "I Go to Rio" as we passed the Peter Allen Inn. Not long after we crossed the border for the kids first time journeying into Queensland.

We stopped for lunch at Warwick, at the aptly named Warwick Pie Shop, which had been advertised on a number of large billboards as we approached the town. We were not disappointed with the food, and luckily found a table in the shade of the 35 degree heat we were welcomed by. 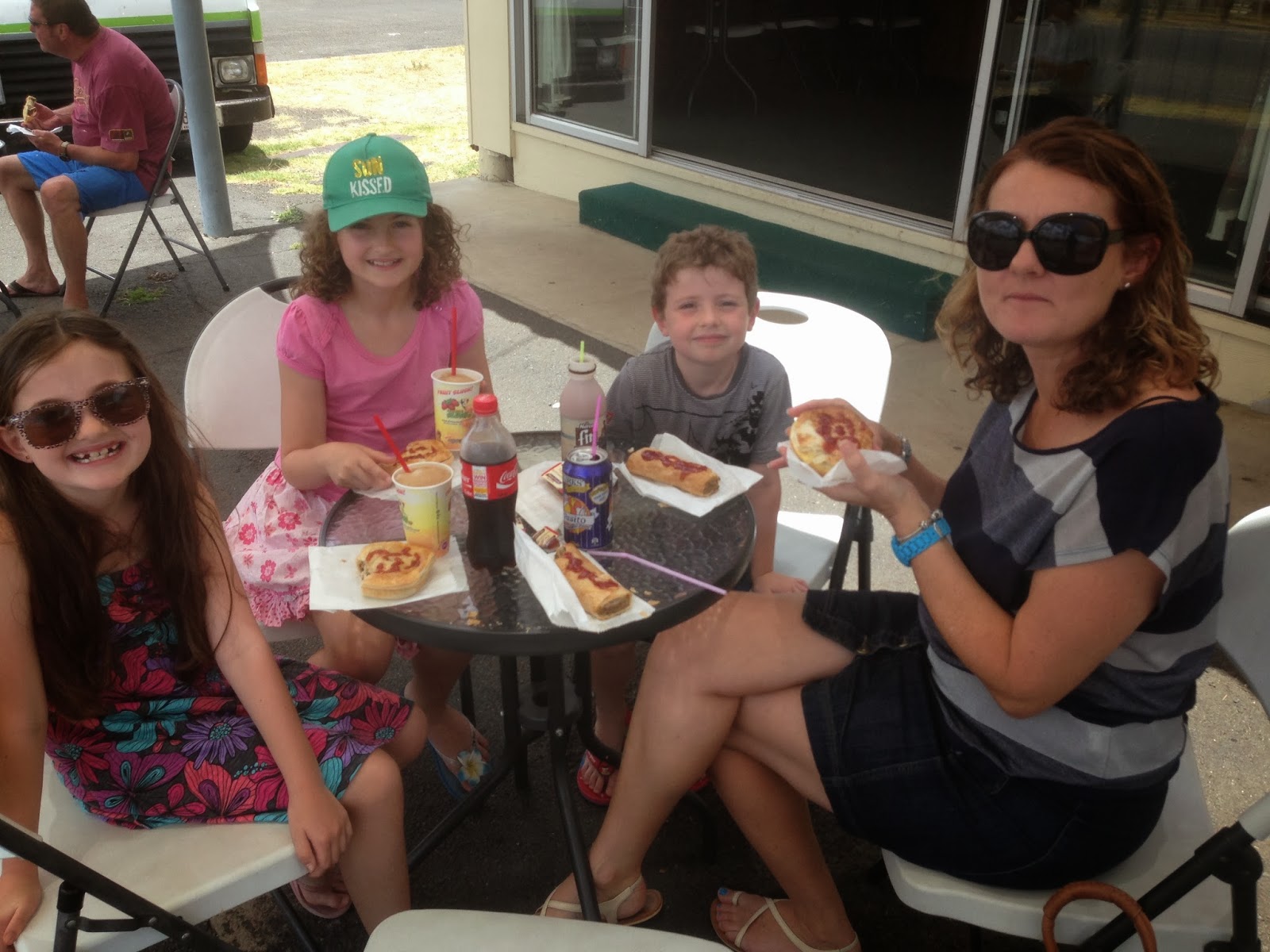 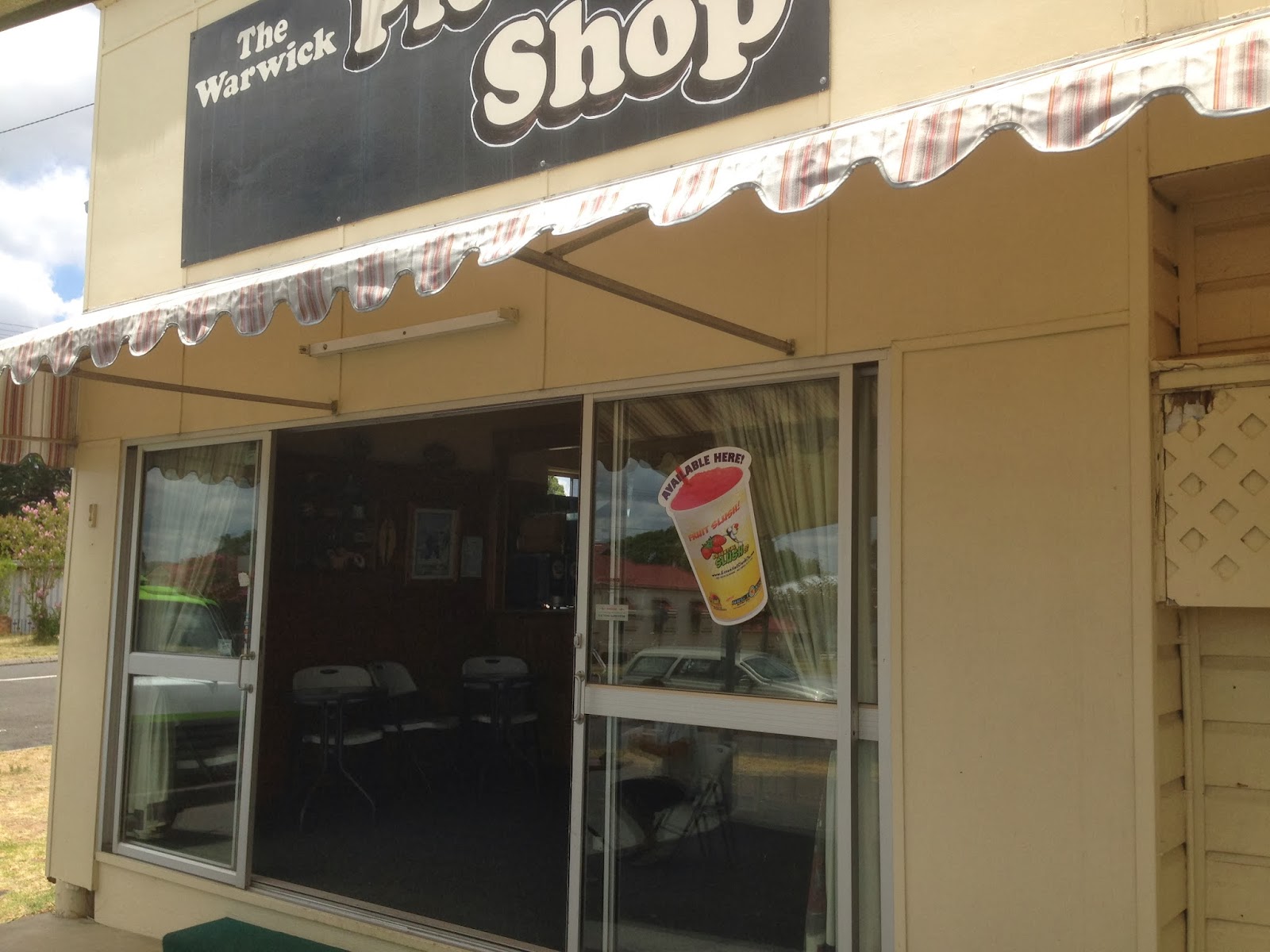 I'd forgotten about the fact that due to daylight savings not being in place in Queensland we actually gained an hour when we crossed the border, which meant that instead of the 5-6.00pm arrival time I had given Linda when we messaged yesterday, we actually showed up at 3.30pm at The Gap. Good work Bill. However, given that Martin was not only out at the docs, he was also out at the dentists (interesting idea given the date), I ducked down the street to find some juice for the kids and some scotch for me. Back in residence by 4.00pm it was time to crack the bottle and get New Years Eve underway!
Martin and Bub's kids were with their other respective parents, so while our kids amused themselves (mostly in the pool) us elder people put some music on and had many happy drinks, catching up on all of the local and non-local gossip (in the girls' case, anyway). 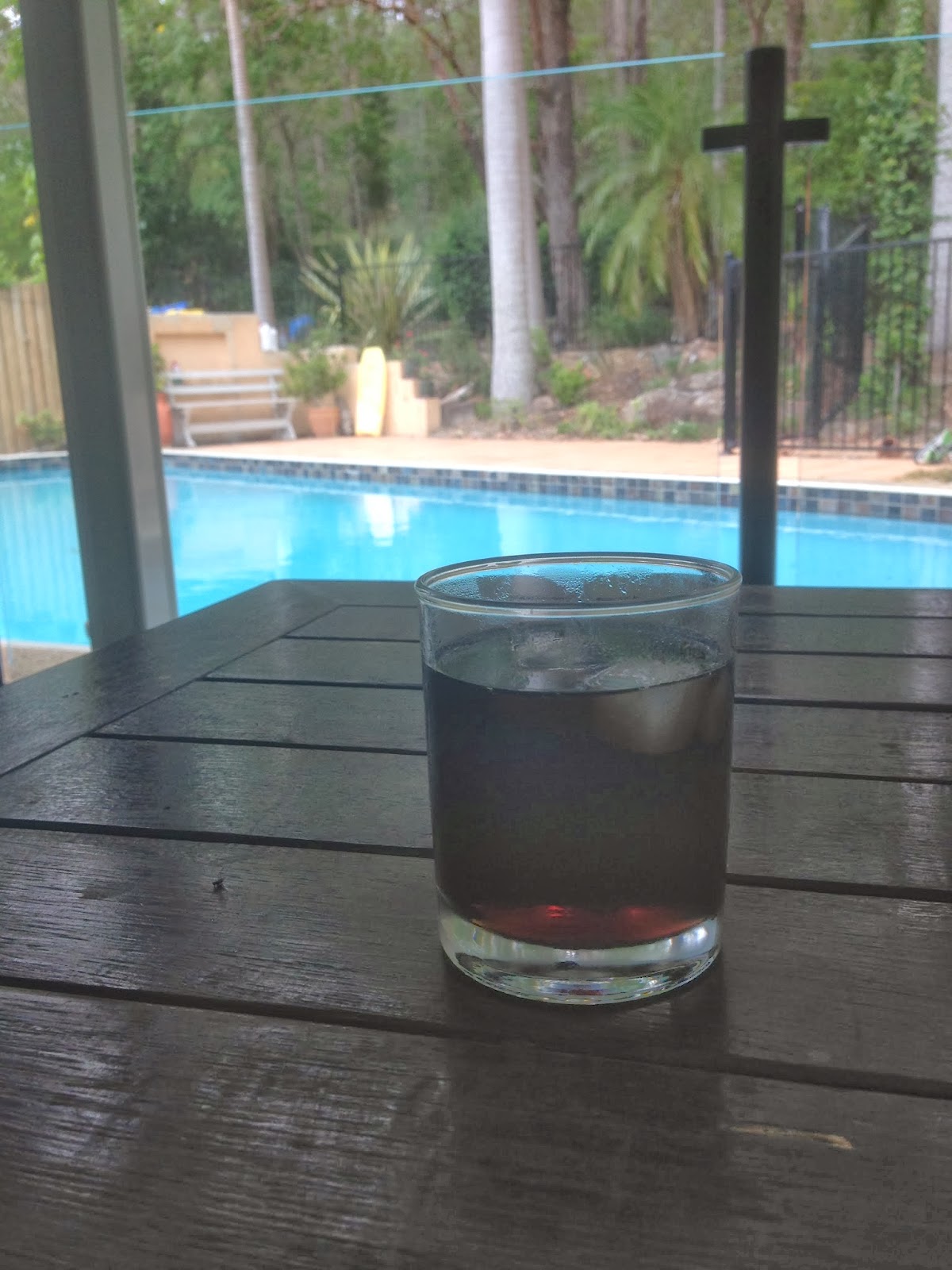 I even managed my first game of Cane Toad Golf, though by the time I was swinging a club I was in a less than autonomous state, and really only managed to top most of my shots.
After another very long day, we managed to make it to the New Year in New South Wales time (11.00pm in The Gap), though I was in bed reading by the time the local 12.00am arrived.

So ended 2013, a year that, for our little Peters family conglomerate, was probably as busy and happy as any that we had previously experienced. All in all, we could only hope that 2014 would be the equal of its predecessor.
Posted by Bill Peters at 11:59 PM