I still woke up early this morning, but that allowed me to see the kids and lie in bed with them and hear all about what they have done for the past few days. We then had breakfast before packing up the car and wishing the Wades adieu, and heading off on the real beginning of our holiday together.
Because I had never been any further than Muswellbrook before, I had decided that we'd take the inland New England Highway route on our way up to Brisbane, and we will come back down the Pacific Highway coastal route on the way home. Everyone was in good spirits, and we had the trip set up in perfect blocks. before we left home, I got everyone to choose twenty of their favourite songs. I then made sure there were no repeats, and put all of these songs on a playlist on my iPod. We also had a full collection of Roald Dahl books on CD, read by such people as Stephen Fry and Simon Callow. So we started with a Roald Dahl audiobook on CD, all of us enjoying "The Witches", as the countryside passed us by.

After just over three hours we reached Tamworth, where none of us had been. Obviously there was a photo opportunity with the Big Guitar on the outskirts of the town. 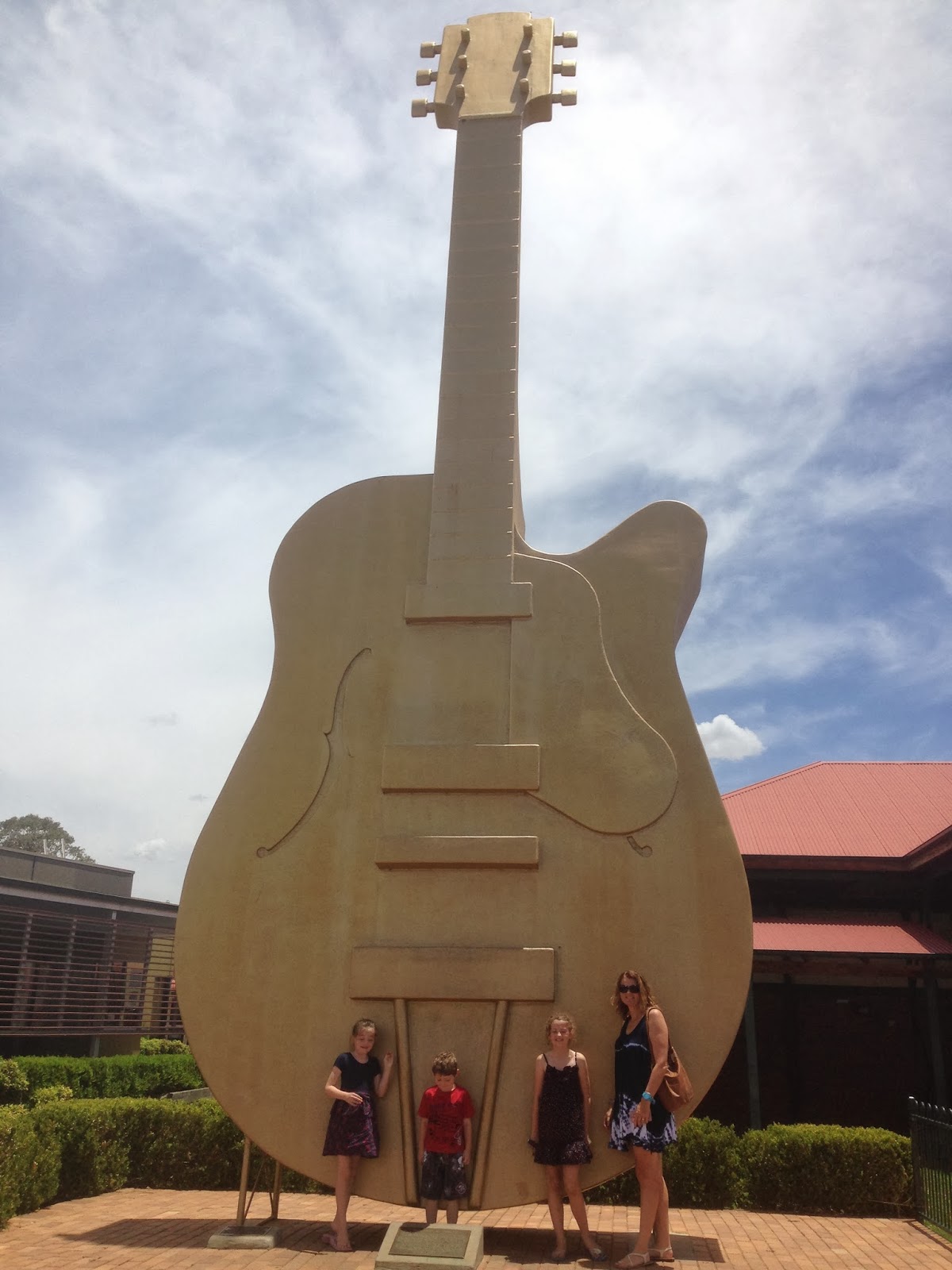 We stopped for lunch at the pub, the Longyard Hotel, behind the Big Guitar. Not cheap, but I couldn't argue with my steak 'sandwich' on Turkish bread with chips. Here I've already sliced off a hunk and devoured it before I thought to take a photo. 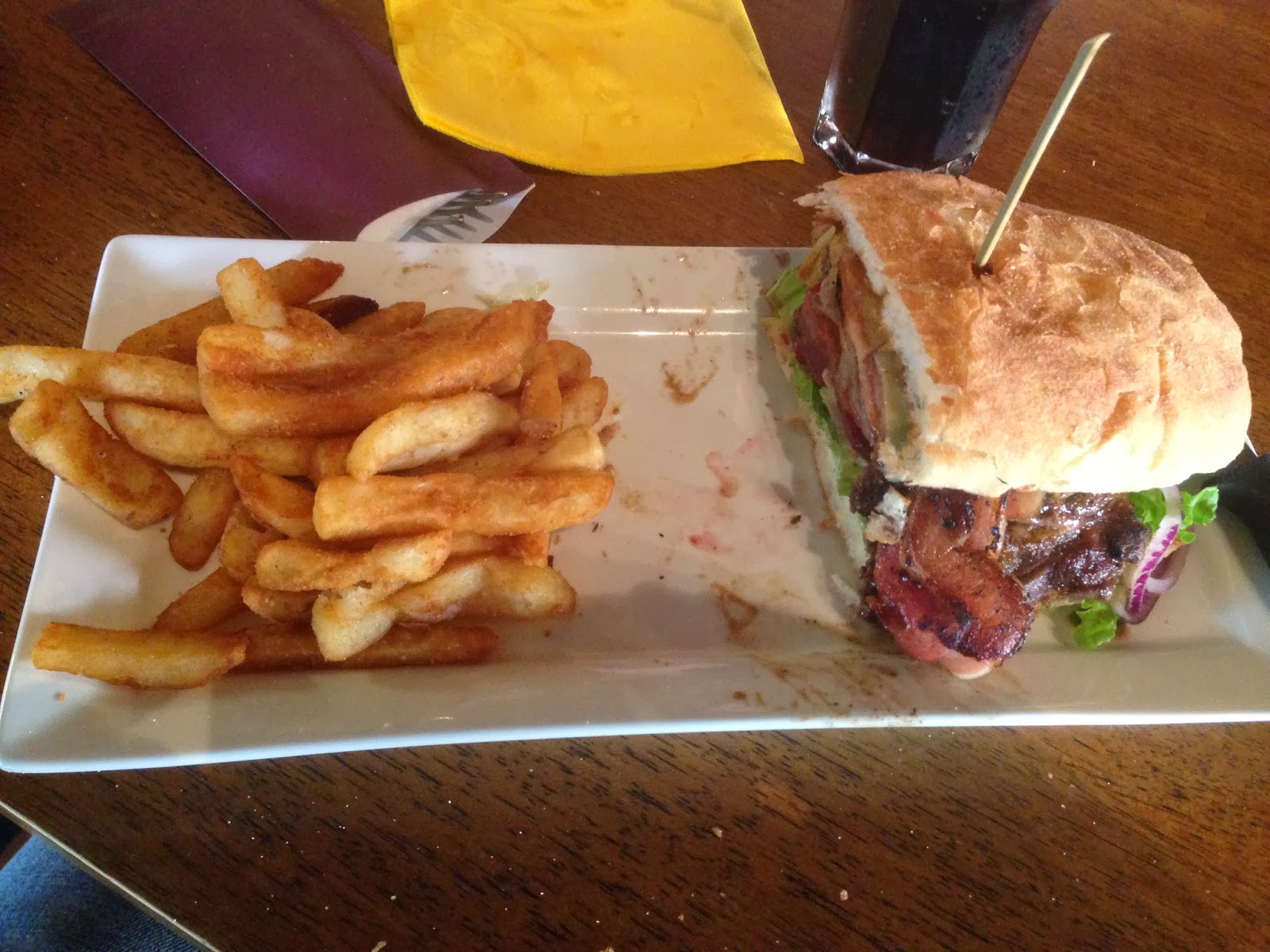 Off on the road again, and we stopped at Moonbi Lookout to check out the scenery that we had just driven through. Not bad countryside. 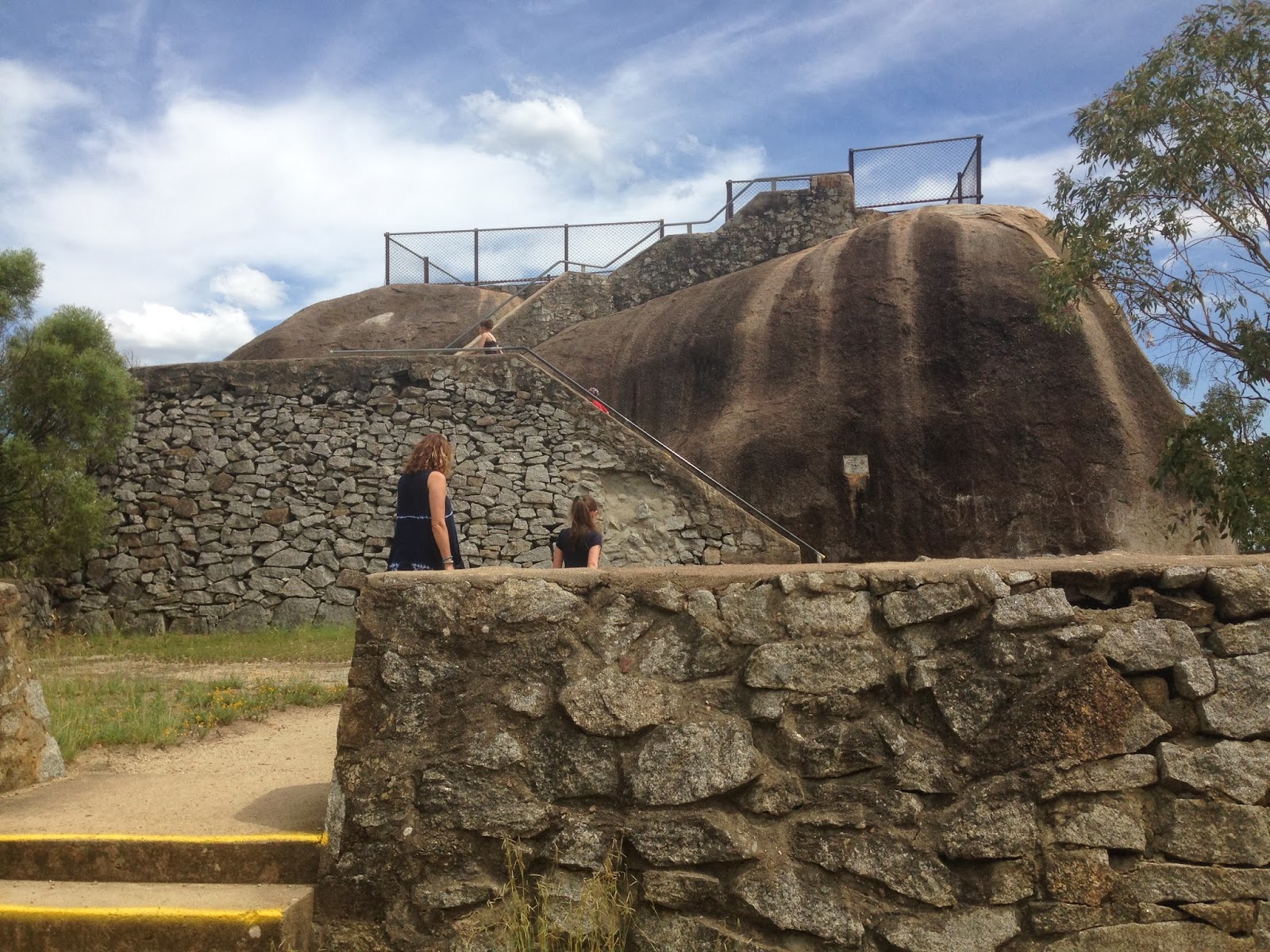 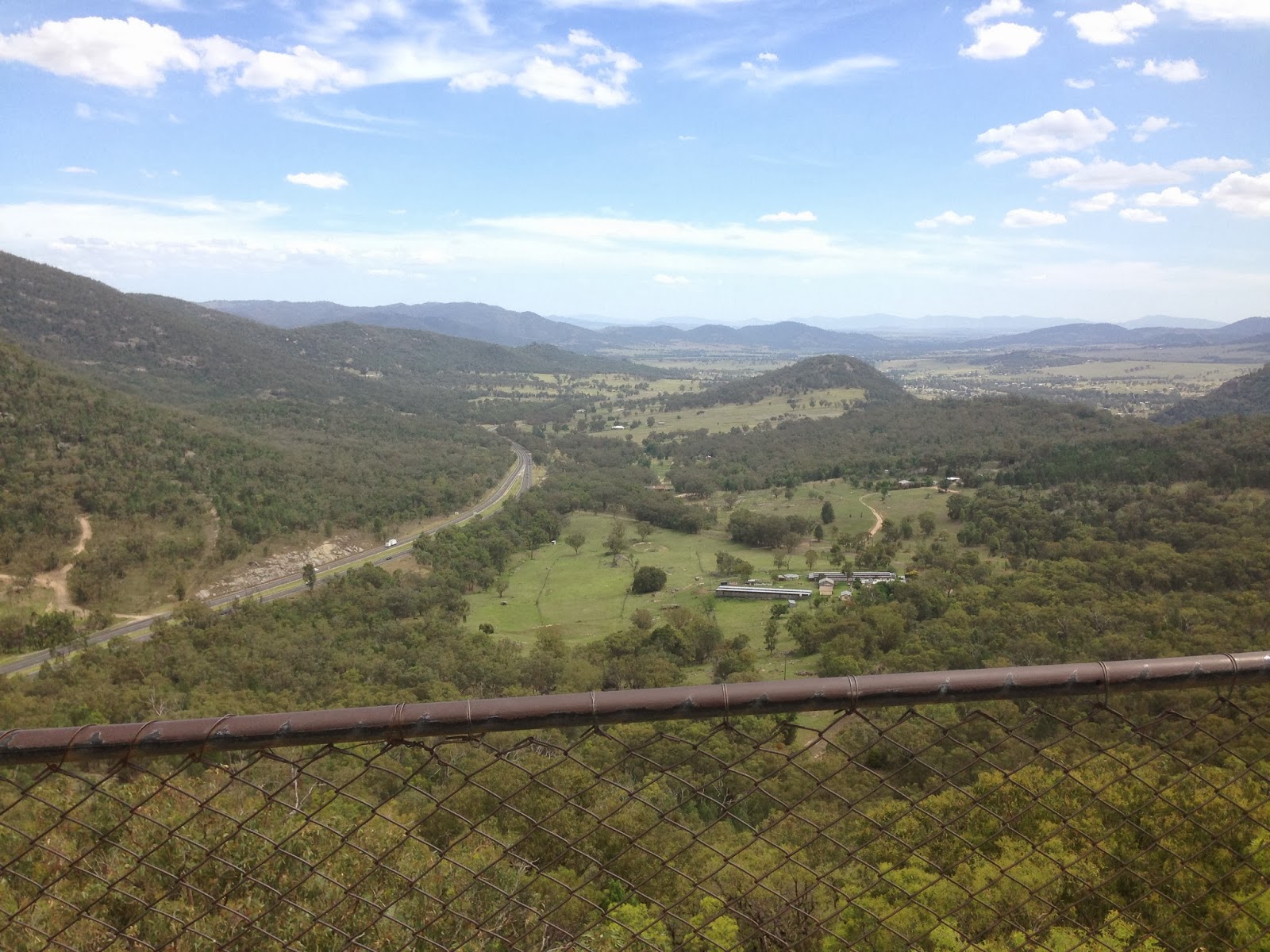 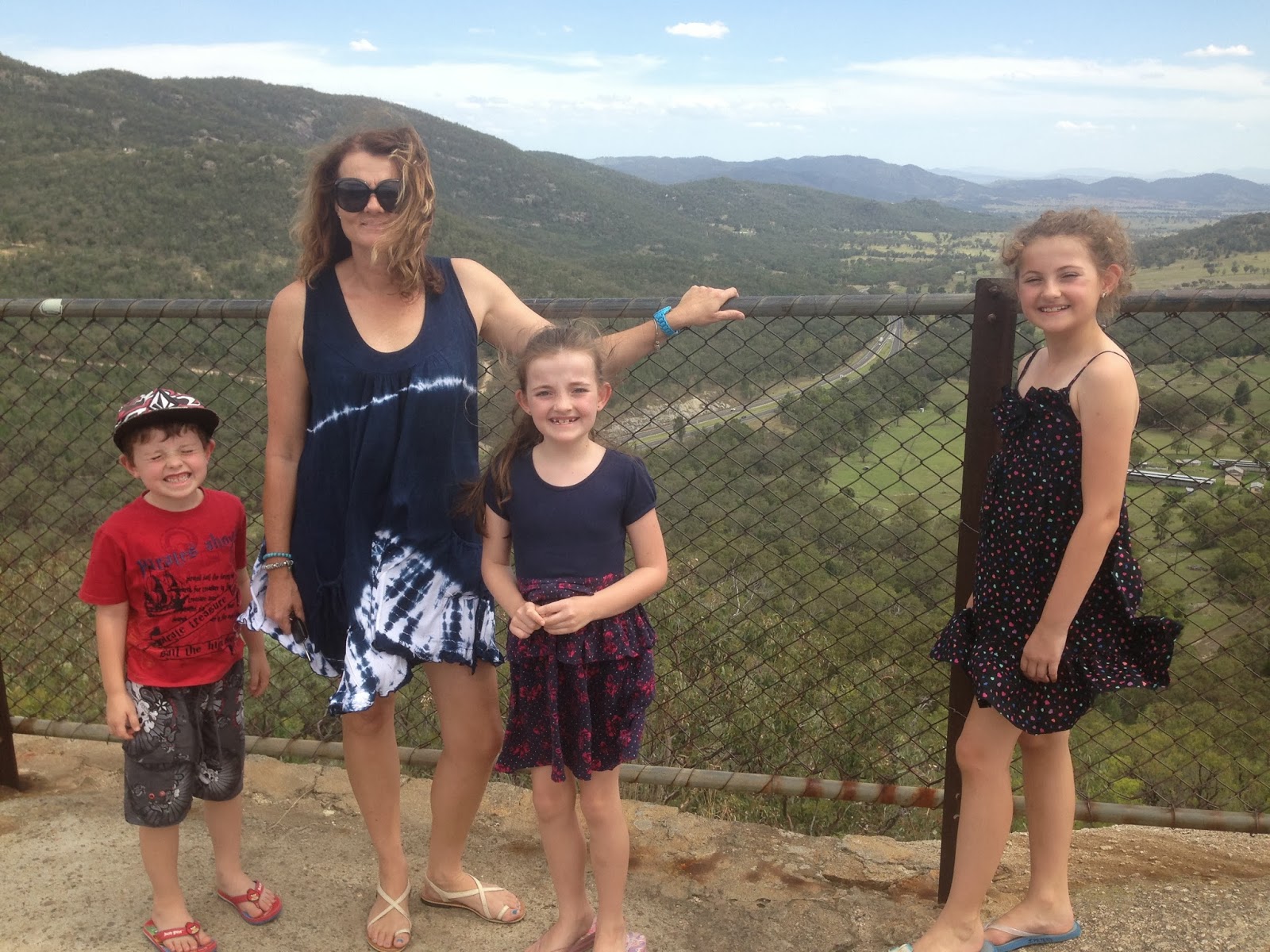 We pulled into Glen Innes at about 5.00pm, to the Rest Point Motel where we had booked for the night. The family room worked out well, with the kids having one room with their own TV, and Helen and I our own room with our own TV as well.
The kids and Helen wanted to immediately check out the pool, and given it had reached over 35 degrees during the day it was probably a sensible option. We had it all to ourselves for the half hour or so we were in there, and from my point of view I probably would have enjoyed it more if I hadn't had three kids hanging off me for the entire time. 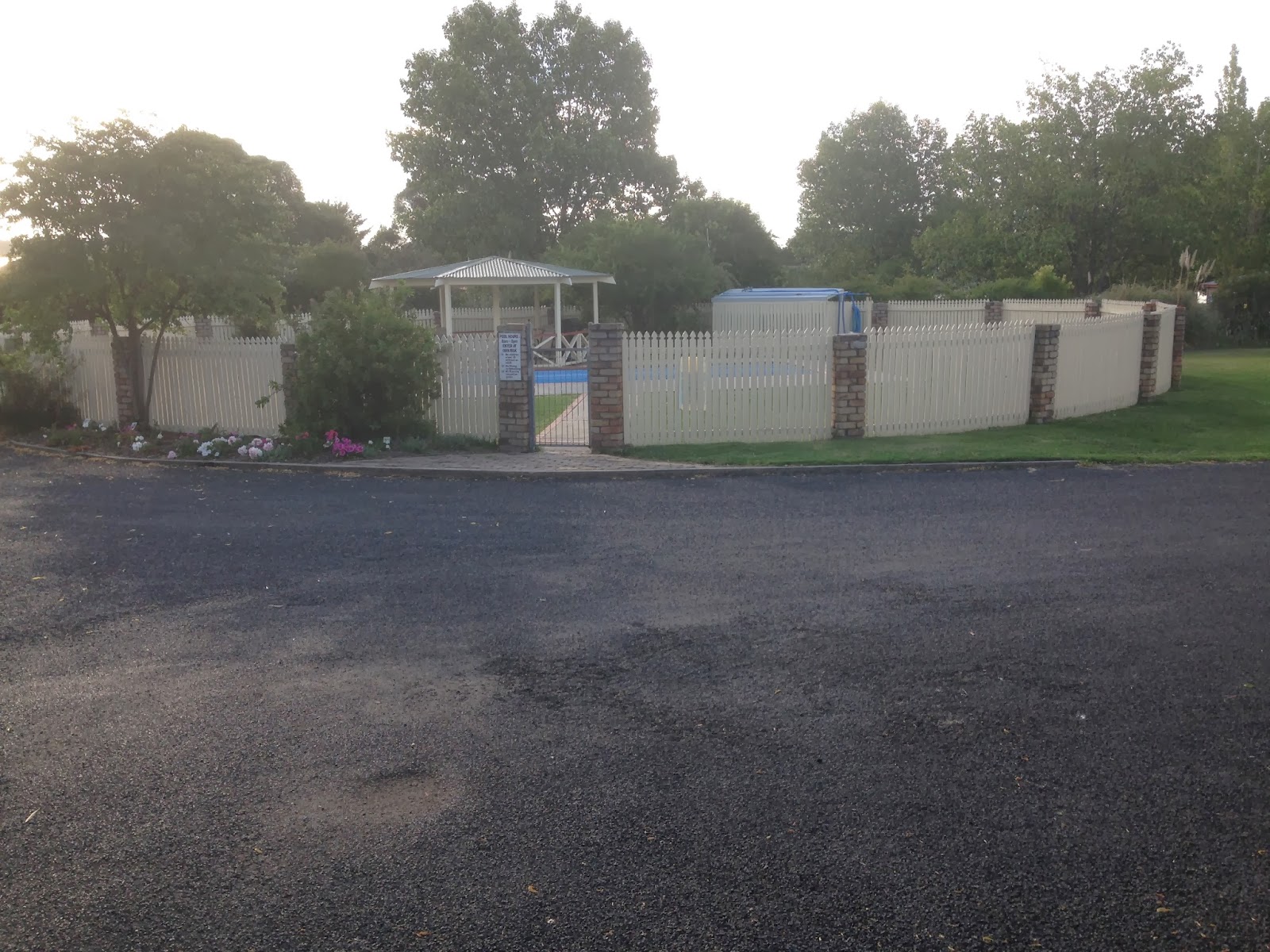 The pool had been one of the reasons I had booked this place. The other was the Hereford Steakhouse restaurant that was attached to the motel. We were booked in for 7pm, and everyone enjoyed their meals. My steak was another beauty as well. 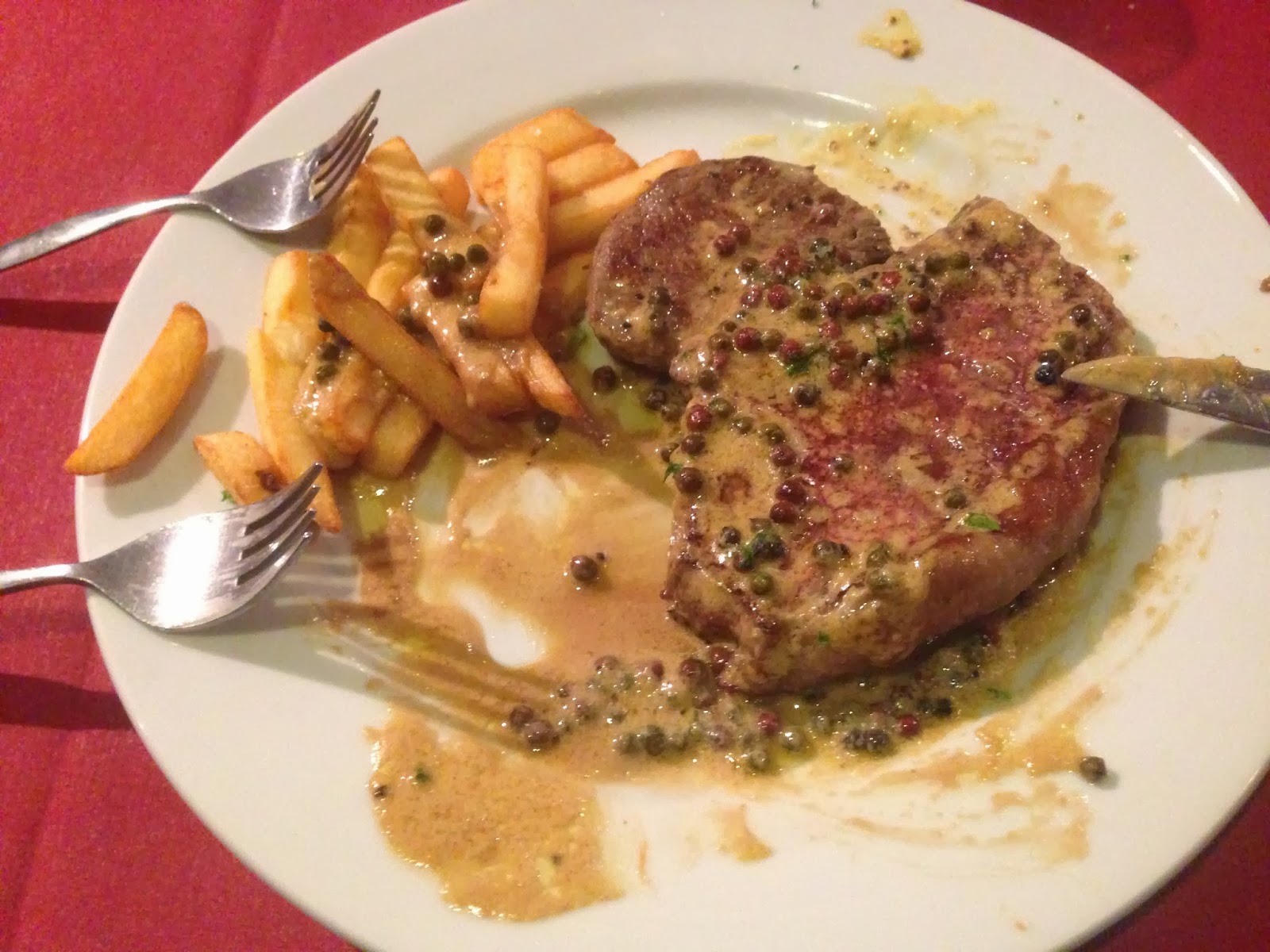 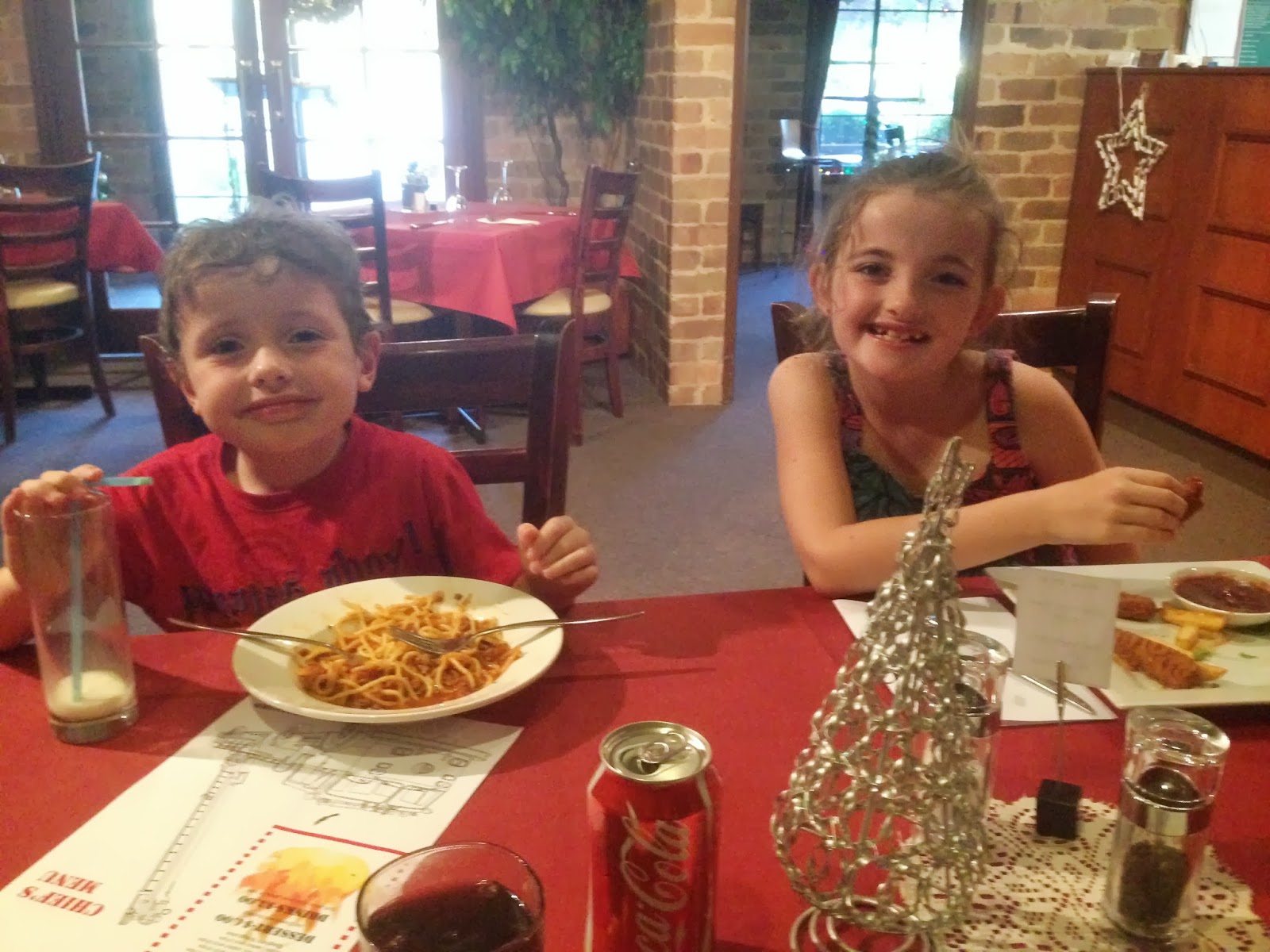 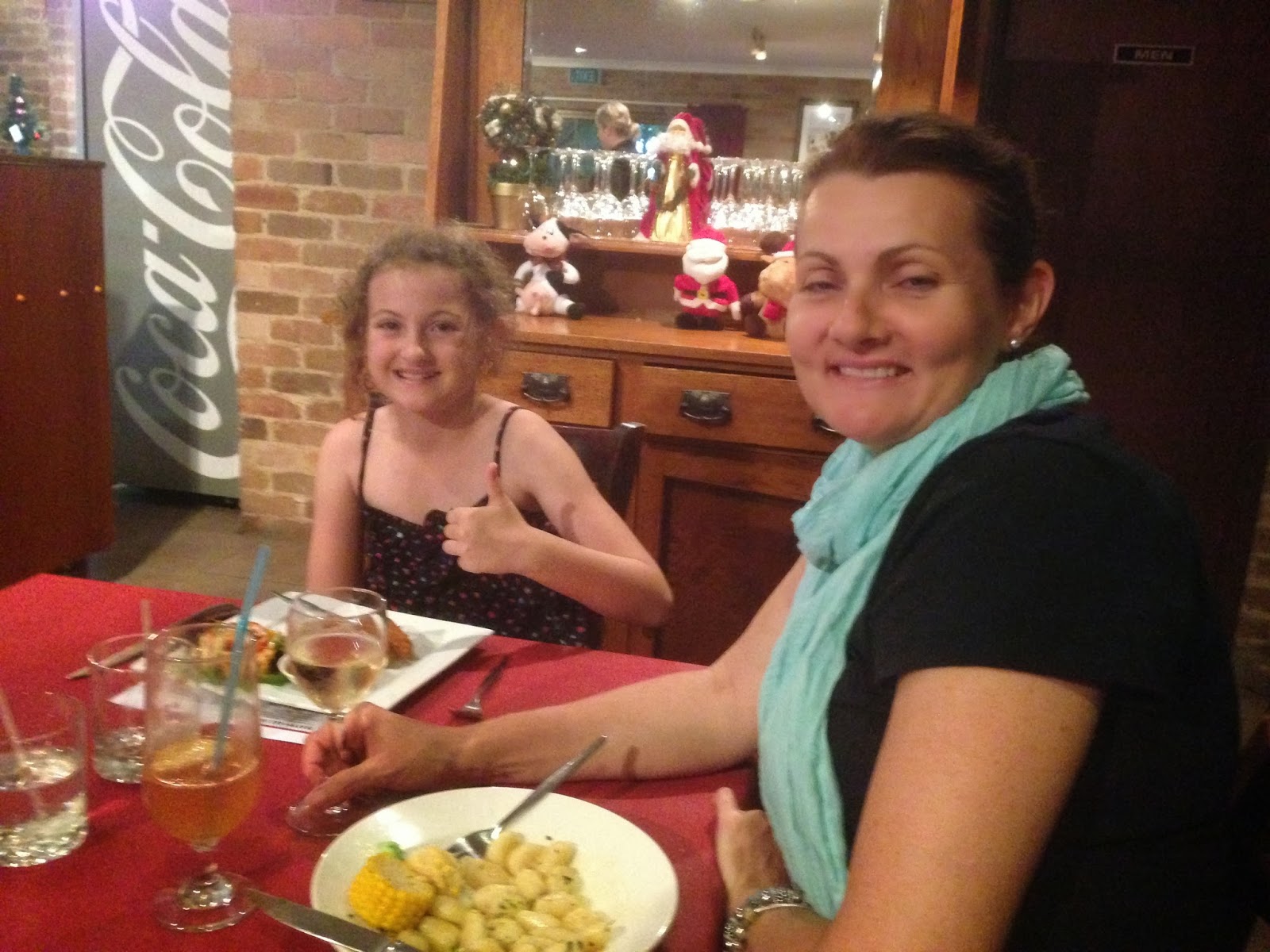 After a long first day's journey in the car, everyone seemed to settle down fairly quickly (considering the fact that the kids could get Nickelodeon on their TV) and the overhead fans were a great asset in aiding us to get to sleep in the still warm atmosphere.
Posted by Bill Peters at 10:00 PM