Josh and his Globe 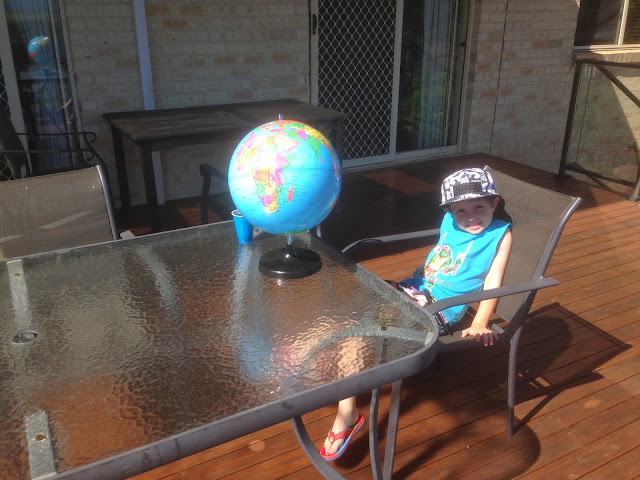 It's not Josh's birthday for a couple of weeks yet, but with Mum and Dad heading overseas (again) to India next Saturday, they gave him his birthday present early as they won't be in the country. It's a world globe, something Josh has been asking for. What is even better is that since he got it, he has barely been parted from it. This morning he wanted a drink on the Deck, and to look over his globe.
Posted by Bill Peters at 10:30 AM