Bye Bye Joey. Thanks For Everything.

Today we had to put down our constant companion for the past 16 years, our dog Joey. 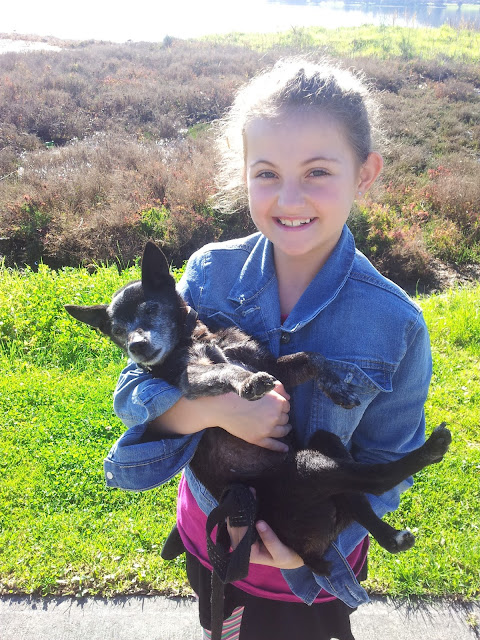 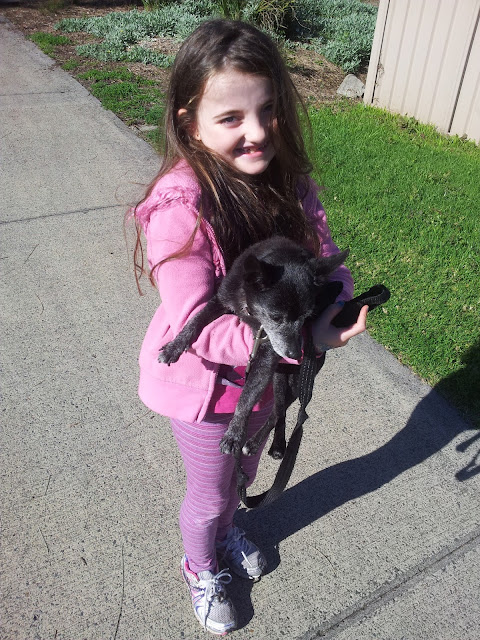 Our little dog, who was a mix of mini foxy and chihuahua, came to us by chance. Helen was studying at the time at Ryde TAFE, and on this one evening she saw a scrawny little black dog in the middle of one of the busiest roads in Sydney, looking for all the world like she was going to be hit by a car at any moment. Helen rescued her, and took her into class with her, wrapped in the front of her jumper. It made her look like a kangaroo's baby joey, which is how she got her name. She was infested with fleas, obviously mistreated and malnourished, and had had her tail cut off at some stage. We honestly believed she had run away of her own accord, looking to "seek her fortune". Though we were living in a terrace house in Erskineville at the time with a miniature backyard, we took her in, cleaned her up, and gave her a home.

As we moved from place to place, Joey was with us at all times. Through our difficulties in conceiving our own children, Joey became Helen's surrogate child, and enjoyed constant attention and love. She never took to kids, which we put down to the fact she was probably mistreated by kids in her initial environment. But she loved adults, and loved nothing more than playing before settling down on someone's lap for a couple of hours.

As our kids (finally) began to arrive, Joey went from being an indoor dog to an outdoor dog, something she never really came to terms with or understood. However, she was still a great dog as long as we didn't let her near the kids.

In her final two years old age crept up on her. She was obviously beset by arthritis, and was unable to get comfortable. Her faculties began to fail her, until such time as the difficult decison was made to lay her to rest. She had been such a great dog, a wonderful dog, and a part of our family, that she didn't deserve to go through any more pain.

It was a tough day for everyone. Before leaving for work at 6.30am I went out and had to wake her up to say goodbye. She wasn't sure what was going on, and was so stiff through soreness that it wasn't pleasant to hold her and pat her at all. I thanked her for being such a great dog, and for everything she had done for us, and let her know we loved her, before putting her back on her bed. No matter how sad, it was nice to be able to have the chance to do that much.
Helen took her to the vet, where she got to hold her as the final injection was done. Helen told me later that Joey look up at her, and then she was gone. Yes, so very sad, but what a wonderful thing to have to remember of a dog who has been so loyal and wonderful.

The days ahead will be hard, but the memories will last a lifetime.

Thanks for everything Joey. No doubt we were able to give you a life much better than you may have had, but you gave us more than we could ever repay you for.
Posted by Bill Peters at 11:12 PM