Celebrating the Queen's Birthday by Doing Nothing

It's a holiday Monday, but by the end of the day it felt as though it had disappeared all too quickly. Hopefully the short work week will make up for that.

Anthony had messaged me last night that he and Koby were going for a hit at the hockey fields in the morning, and did Jess want to come for a go as well. So at 9.00am we went down for an hour. It was good for Jess to have a hit with two guys who can play the game, rather than her crippled old father, who again discovered that his troublesome left knee is going to need something doen to it sooner rather than later if he wants to be walking in a couple of years.


At 11.00am it was over to Nana and Pop's whom we haven't caught up with for a couple of weeks. Morning tea was supplemented by Helen checking out the new carpet and advising on new blinds and curtains, while Nana and Pop wanted to hear all about Josh's expedition to the footy on Saturday.

We came home where it was sausages on bread for lunch, and then watched Harry Potter and the Half Blood Prince, which most of the kids thought was great, although Josh was unable to reach the conclusion. 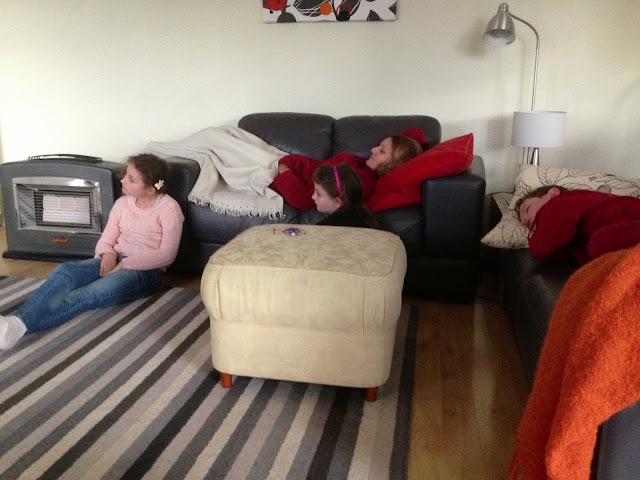