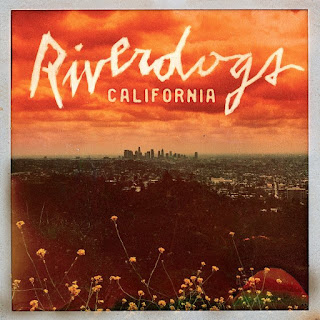 The band Riverdogs’ debut album of the same name was one that I only sought out because of Vivian Campbell. It was his influence in any band at the time that had me searching for their music. As I wrote in my review of that album, although it wasn’t the style of music that I was most enamoured with, it did have its moments and the album as a whole became an important one to me. Flash forward to 2017, and once again the only reason I have sought this album out is to hear what the four piece can do some 27 years later, and whether that lightning could strike twice.

When an album is marketed at the AOR scene, then surprisingly enough this is exactly what it is going to sound like. In interviews to promote the album both Vivian and lead vocalist Rob Lamothe said that they had been charged by the record company of creating an album that came from the same spirit as that debut album all those years ago. Fair enough too, as there was enough support around for that album when it was released to try and revisit it, especially with the higher profile and workload of Vivian, who now mixes his work with Def Leppard with his other band Last in Line, where he revisited another of his old bands with some success.
In the long run I guess what you need to ask yourself is whether or not the music is still relevant. With every conceivable extension of music genres being represented out there, is there still a niche for what equates to an almost easy listening AOR sound that resides, mainly in the 1970’s and early 1980’s. Because this is where this album is heavily anchored. And I can’t hide from the fact that I would prefer to hear more grunt in the music, and a bit more energy in the songs. Give me more solos from Vivian such as he plays in “American Dream” and “Catalina” and let’s extend the songs from those! Instead, we get the much more reflective type of song that allows Rob to serenade you rather than rock you, and there is no doubt if you enjoy these types of songs you find plenty here to like.
What cannot be faulted is the musicianship of the band. Rob Lamothe’s vocals are as honeyed as ever, and smoothly run their way through each song as though being poured from a spoon. The rhythm section of
Nick Brophy on bass guitar along with drummer Marc Danzeisen hold everything together in a comfortable and pleasing atmosphere. My bias is obvious, and when Vivian breaks out in a solo, this is when the album really soars, giving California the kick in the pants it needs. I still never get tired of hearing him play his guitar.

What probably nags me most about this is that I have a very real feeling of having heard all of this before. In many ways the band has done too good a job of trying to reproduce the atmosphere of that first album. In many ways, they have done so unerringly accurately, and that is what irks me slightly. After 27 years – and that really is an inordinately long length of time – you would hope to hear a progression, something that is an extension even. But what I hear is more a modernisation than a progression. I find myself willing the band to break out, to really get this train moving and hear what they can do when they unshackle the carriages and just let the engine fire up. But that doesn’t happen. They stick to their groove, and they do it well. They sound fantastic. But a bit more rock than AOR would have made this a much more superior album and a more listenable experience.