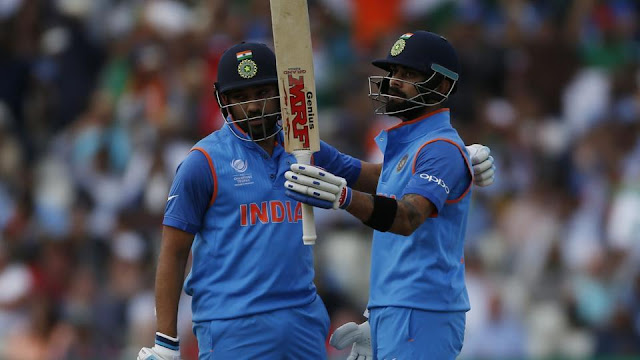 Of all of the 13 matches that had preceded this one for the shortened tournament, this result was perhaps the most predictable and predicted of all. Not for any outward difference in the quality or experience of the two teams, though that obviously existed, but because of the surprising outcome of recent matches played in the tournament there had to come a time when the favourite would come to the fore and exude their presence. For India, that day was today.

There has been an interesting symmetry in the recent matches of the team that has been asked to bat first. Each has been in a strong if not dominant position halfway through the innings, only to collapse and leave themselves short of a winning total. England was 2/128 off 28 overs. Sri Lanka was 3/161 off 31 overs. South Africa was 1/116 off 24 overs. Australia was 1/130 off 22 overs. And today Bangladesh had cruised up to 2/154 in the 28th over with very few problems, and as long as they managed their middle order better than those other teams mentioned they were looking at 300 being a possible total, something to bowl at with the pressure of chasing in a semi-final. And then Tamim played at a wild slog at a slower straight ball from the off spinner Jadhav and was bowled, and the whole innings fell into a mess just like those other teams. Mushfiqur and Shakib tried to rebuild but both fell within two runs of each other, and despite the best efforts of the tail, Bangladesh could only get to 7/264 off their fifty overs. It never looked to be enough.

India made sure of it, following on from the tactics of those teams batting second in those same recent matches that have been mentioned. They flew at the target, with Dhawan the only casualty after his 46 runs came off 34 balls. Sharma finally got going for a big score, finishing 123 not out of 129 balls while captain Kohli settled for 96 not out off 78 deliveries. India passed the required target with nine wickets in hand and ten overs still to bat. It was a crushing and convincing victory.

Bangladesh will return home happy for their continued improvement on the world stage, despite only one win in the tournament. India will now meet Pakistan once again, and after their big win in their first meeting two weeks ago will believe that they destined to retain the trophy they won four years ago.
Posted by Bill Peters at 8:22 AM