Champions Trophy Favourites Can Only Lose It Themselves 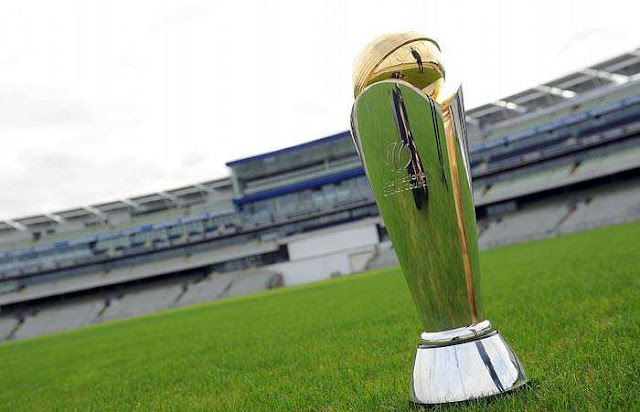 Whether or not the Champions Trophy floats your boat, there is a mild interest in seeing what will happen in a tournament that runs just for a tick over two weeks instead of the six weeks of the last World Cup, and how each nation will perform given a single loss could be enough to see them out of the competition. Can England succeed at home with the pressure of local fans expecting them to win bearing upon them? Can South Africa avoid their choking tag to finally win a semi-major tournament and get that monkey off their back? Will India be able to adapt away from home having spent much of the last 18 months on their own flat surfaces? Will Australia’s pay dispute with the home board interrupt the thoughts processes of their cricketers in this tournament? Can any of the other four teams – New Zealand, Sri Lanka, Bangladesh or Pakistan – cause an upset and force their way into a semi-final?

On the surface, it does appear that the first four teams would have to shoot themselves in the foot to miss a finals place, while the other four all have nothing to lose in going hard to knock them off. And perhaps that is where the fortunes will lie. Nerves could conceivably work against both England and South Africa given their histories in major tournaments, which over confidence has beaten a path past Australia and India before. New Zealand and Sri Lanka often bob up and knock off more highly fancied opponents in these competitions, while Pakistan is always a real wild card and Bangladesh has improved markedly in recent times.

For Bangladesh, you would think everything would have to click for them to progress. They would need two wins against their three opponents, the home team and the two finalists at the last World Cup. It’s a big ask. So much depends on their batsmen getting a big enough score for their bowlers to bowl at, and seaming conditions won’t help that. They aren’t out of it, but really would need everything to go in their favour to progress to the finals.
New Zealand have struggled a bit recently, and need to find form quickly to rectify that. The batsmen can’t get a run, and their attempt at finding solid all round options in the middle order isn’t happening. Luke Ronchi looks to be their option at the top order to replace Brendan McCullum, but if he and Guptill and Williamson don’t make big runs the Black Caps are under enormous pressure, especially as the bowling attack doesn’t have the same teeth as two years ago. They need to beat either Australia or England to progress, which may be their semi-final come early.
Australia is investing heavily in pace with the ball and fire with the bat. At the moment their toughest job is narrowing down which eleven they are going to play with Finch, Lynn and Maxwell all conceivably fighting for one place, and Hastings and Zampa trying to get in past the four thunderbolt bowlers. No matter what, their key appears to be the skipper Steve Smith, who seems to be able to explode if the team gets a good start, or rebuild and dominate if early wickets go down. To beat Australia you need to get Smith early and pressure the middle order. But if you look at the form of those around him – Warner, Head, Finch, Maxwell, Henriques, Lynn, Stoinis – it’s going to be a tough ask. And then to try and get through Starc, Hazlewood, Cummins and Pattinson… well… good luck.
England under Trevor Bayliss has found its ODI feet, and has shown they are not only capable of chasing down totals but also defending them, as they did against South Africa the other night. The top four of Roy, Hales, Root and Morgan is solid, and along with Stokes, Buttler and Ali in the middle are making big scores. The bowling still appears of a slightly lesser class, but the home pitches should suit whoever they end up going with.
The key game in this group would appear to be the match between England and New Zealand next Tuesday. The winner of that match will likely be one of the semi-finalists.

India has mixed and matched its squad again after the IPL, with the inclusion of M. S. Dhoni still a positive for the team. On first reading of the squad, there are players who many would know little about outside of India and the team may therefore be taken a little lightly. However they are now all experienced in the short form of the game and will be tough to beat. The main consideration will be playing outside of India for the first time in a long time, and whether that affect their performance. One suspects there will be little spin for Ashwin and Jadeja to exploit.
South Africa return once again as one of the favourites, but with the continuing pall over their heads that a major competition offers them. Their batting should be their strength, with the ability to explode at any stage with players like Amla, de Kock, du Plessis, de Villiers and Miller in the squad. It’s the bowling that may be a problem, with players such as Steyn and Philander having been moved on for younger players such as Rabada and Phehlukwayo. They are still billed as equal favourites here, but they had this status at the World Cup two years ago with a vastly superior team than this one.
Sri Lanka still appear to be finding their feet after the retirements of so many of their experienced campaigners since the World Cup. Their success would require every member of the team to be playing at their very best in every game. While many of the players have been in and around the squad for a few years, it is still the old stagers such as Mathews and Malinga who appear to be their best chance of success. There is a major question mark over their ability to score enough runs to be competitive.
Pakistan will again be the team to watch, if only for the fact that they could be rolled for 80 or make 380. They will be banking on the pace of Amir and Wahab combined with several spin bowling options to get them through their matches, which mean success may be dependent on the surfaces they encounter. If there is any team that could win this from nowhere, it is Pakistan.
The likely key match is perhaps the India and Pakistan game on Sunday. If Pakistan win this the whole group could be blown wide open.

Whatever happens over the next couple of weeks, the standard and entertaining aspect of the cricket will be important as to the future of this tournament. If only the ‘best eight’ countries are going to be allowed to compete, leaving out the West Indies, Ireland and Afghanistan as they have, then the cricket needs to be of the highest standard or else it is a missed and wasted opportunity.
Posted by Bill Peters at 10:00 AM