APJSC Under 10 Whites vs Lakeside Black 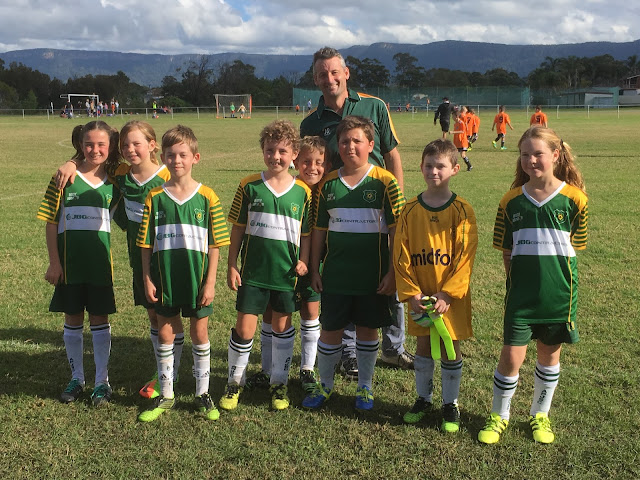 “Winning isn’t everything, but wanting it is.” - ARNOLD PALMER.

For Albion Park Junior Soccer Club Under 10 Whites, it has been a season of not winning, but wanting to win, and every week getting that one step closer to doing so. And today, they achieved that first victory in their match against Lakeside Black at Webb Park.

Two players down due to the absence of Kyan Van Helden and Indy Middleton, Lakeside graciously offered one of their extra players to Park to make the teams even on the field. Early on it didn't look as though it was going to help too much, as lakeside scored early, though it was called back for an offside, the first such penalty of the year awarded as the Under 10's begin to come to grips with the rule. However, they were not to be denied, and scored thirty seconds later when Jack-Ryan Eberwein forgot he was a goalie and could use his hands, and in trying to clear the ball with his trademark huge boot missed and the ball dribbled into the back of the net.

But today was a different tale, and the Park players were switched on from the start. After good leadup down the right our loaned Lakeside player Chris had a wide shot at goal, and the goalie fumbled three times to allow the ball into the net, and it was 1-1. This was followed up shortly after with good work from Noah Black which led to Chris scoring his second goal against his own team, and Park led 2-1, for only the second time this season the Whites were in front.

The next five minutes saw a lot of great play go unrewarded. Claire Kadwell was playing well up forward and being well supported by Zoe Middleton and Noah in midfield. Noah hit the post with a shot that rebounded away, Claire's shot went wide, Zoe almost managed to plant the ball into the net, and Brock Young, who is a brand new person with his new bionic eyes having been inserted during the week (OK, he got contacts but that doesn't sound as cool) ran the ball right across the face of the goals, and almost managed to dribble it past the keeper, only to be denied right on the line. It was great attacking play.

Eventually it was Jack Tate who took the initiative, and found a way to get past the keeper to lock away another goal and extend the lead to 3-1. A few minutes later he again made a great run, beating at least five defenders before shooting for goal only to have an opponent in the way. However, the referee call handball, and so from the penalty spot Jack lined up and drove in his second goal for the morning, and the lead was an almost unbelievable 4-1.

By now the Whites were on top and dominating field position. Claire Kadwell took the ball from almost the halfway line and made a superb run through the middle of the field almost to the goal line, where Noah took his chance and put the ball in the back of the net to bring up Park's 5th goal of the morning. On the few occasions Lakeside had managed to penetrate the midfield it was Belle Kadwell and Josh Peters on duty to retrieve the ball, as well lakeside's Chris who was sweeping in when necessary. On the stroke of half time he also broke away again to score his third goal for the half, no doubt to the chagrin of his team and supporters. At half time, Albion Park led 6-1.

Lakeside made a change of player for the Whites, with Chris returning to his team's colours and being substituted with Cooper, who also played well even though it was against his team. He indeed began to be targeted by his own players and I think he actually took pleasure in being on the winning side. He played well.

The break hadn't stopped the Whites team, and they dominated possession, were faster to the ball, maintained their fitness throughout and didn't give an inch. In short, their second half here was as good as every other second half this season. With a lead to defend, the back three were superb in the second half. Brock had gone in to goals, and though he only had to make two saves, his bionic eyes were in perfect order. Noah and Belle combined wonderfully and perfectly, attacking any raid from their opponents and defusing it superbly. They were both terrific, and not a goal got past these three in the second half. Up front the "Jack Attack" of Jack Tate and Jack-Ryan Eberwein were ruthless - Jack Tate wending and winding his way through opponents, Jack-Ryan getting his big right boot into the ball. Zoe fought well down the left wing, as the perfect vessel between Noah and Jack, getting the ball through excellently with some wonderful passing and tackling. Down the right wing was the tireless Claire and Josh. Josh had a dozen attacks runs down the wing beating opponents, and on three occasions got terrific passes in t his players waiting in the middle (on a Dad Note, he probably should have done it more often and earlier, but you can't have everything...), while Claire didn't stop, chasing down bigger opponents if they got away on that wing, and then running it back upfield once she had dispossessed them. She was the Energizer Bunny today, I thought she was fantastic.

There were three goals in the second half, all to Jack Tate, who finished with five for a fabulous day. His first was set up by a great run and then superb pass from Josh, before Jack wound his way to the goal. His second was put on by Lakeside's Cooper who beat two players and then passed straight to Jack's feet for him to score, while his third was courtesy of a long run and then several shots taken by Jack-Ryan and Claire before Jack finished off. The end result was a 9-1 victory for the Whites, and their first win of the year, to the adoring applause of the team's parents supporter base.

Player of the Match this week went to Noah Black, who was excellent as right half in the first half before being terrific as sweeper in defense in the second half. Well played Noah.

“At a young age winning is not the most important thing… the important thing is to develop creative and skilled players with good confidence.” - ARSENE WENGER.

I think it is safe to say that this bunch of kids are showing the benefits of this. 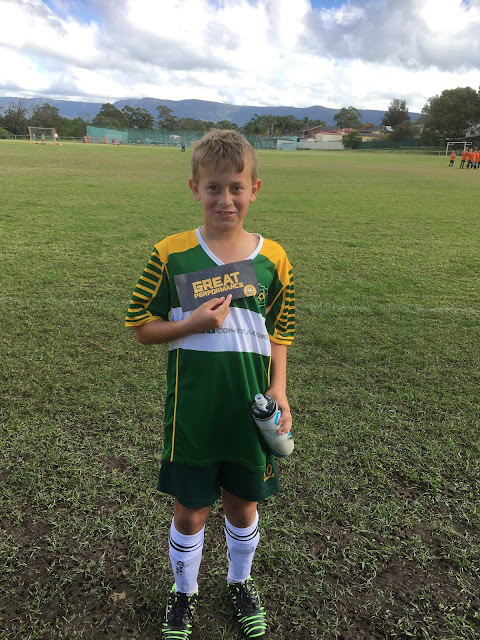 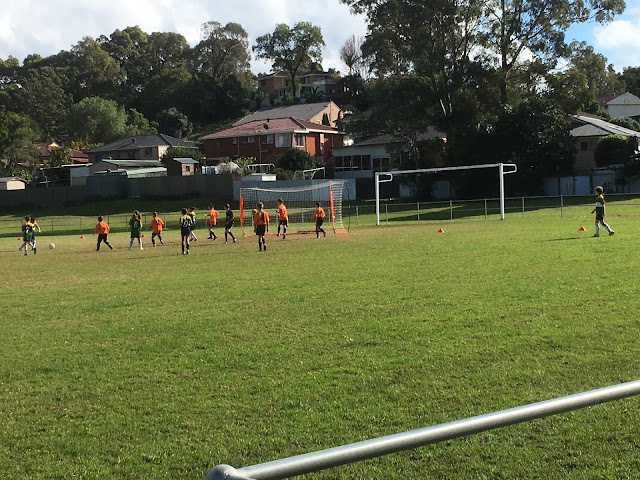 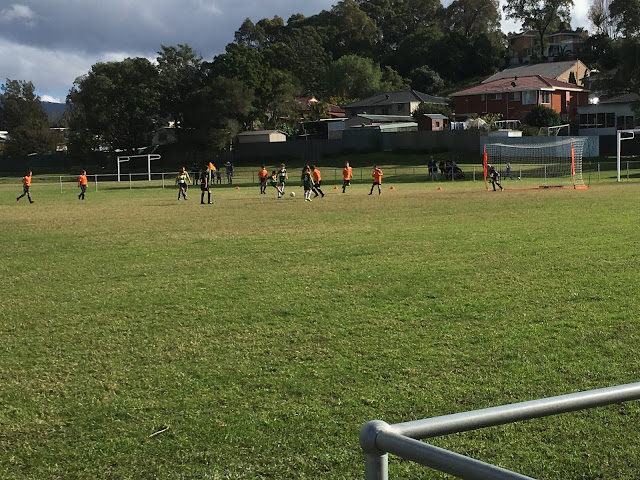