Revisiting The Twilight Zone: S05E01: In Praise of Pip 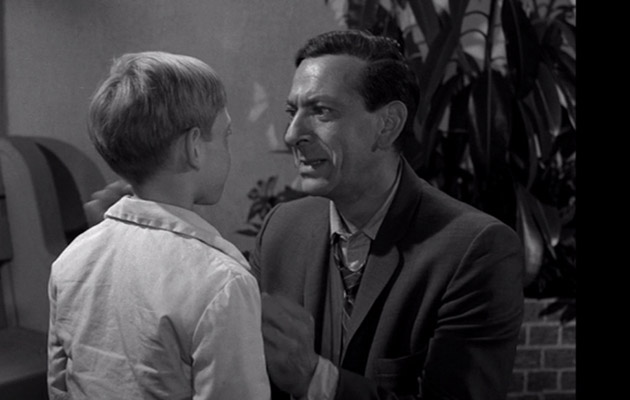 Revisiting The Twilight Zone: S05E01: In Praise of Pip

Far be it for me to talk down an episode of any show that draws on memories and melancholy to propel its case, and for the most part this is an enjoyable episode with Rod Serling’s fingerprints all over it.

The set out of the episode is fairly predictable as it moves along, but I especially like the way Jack Klugman plays his role. You can see his character is worn out, but his lop sided smile through the early tribulations of the episode gives him an air of serenity. Of course he then breaks that mould once he gets the phone call that his son is dying in a hospital in Vietnam, and having disposed of his employers despite taking a gunshot for his troubles, he stumbles down the road to the fairground that he had been reminiscing over taking his son to. The reuniting with his young-again son follows the course you would expect, and a dying man’s wish then appears to be answered as only the Twilight Zone can.

Perhaps this is a bit too much of a religious tome than a Twilight Zone episode. Klugman is wonderful in his role, but it doesn’t quite make up for the feeling that you are being duped.