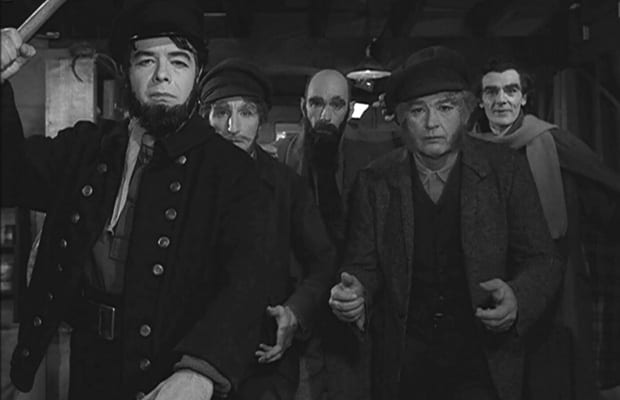 If you are going to become obsessed with wax figures, it would probably be best not to make them some of the biggest mass murderers in history. Especially not if you are anywhere near the Twilight Zone.

The question that needs to be asked is this; is it believable that a man would become so obsessed with these wax figures that he would ignore what was happening around him? To his credit, Martin Balsam makes this episode work, because he has you believing that his character is this wrapped up. His performance, as always, is fantastic.

What is best about this episode is the ending. It leaves you in a quandry - was it the figures that came to life to kill all of these people in the basement, or was it actually Martin who killed them, and hallucinated that it was his figures? I like how it is left open for you to interpret as you will.