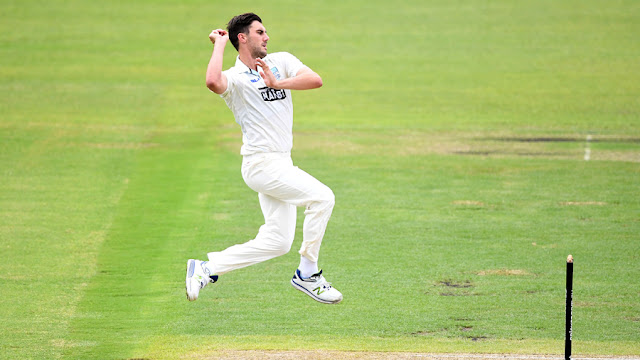 So here we are again. Discussing the reasons - or lack thereof - behind the decisions of the Australian National Selection Panel (NSP). Not since the days of Andrew Hilditch's reign as Chairman of Selectors have we come across so many decisions that appear so baseless on form and so relying on other factors. We have reached a point where despite the overwhelming credentials of the four men who make up the NSP, the question has to be asked as to whether they are adequately performing their job to the standards that are expected of them.

The selection of Pat Cummins to replace Mitch Starc for the final two Tests in India goes against everything that should be a part of the natural selection process in regards to picking Test teams. And yes, I know I say this a lot, and I know I have absolutely nothing to back my claims that I know how the job should be done, and these four are obviously know their job. But this constant and consistent ignoring of any kind of form in first class cricket and the Sheffield Shield, which has been the proving ground for Australian cricket for 125 years, is just infuriating. If I was a first class cricketer at the moment, I would be furious, and I would be reconsidering what I was doing. It just doesn't seem to matter any more how many runs you make or wickets you take in our premier first class competition, because that is just being ignored. Completely. Because apart from Matt Renshaw and Pete Handscomb, every other player who seems to get a call up these days is getting judged on white ball form, and not red ball form. And it is a joke. I honestly don't care how much these four tell me "he's got talent" or "he's got that x factor" or "he can change a game in a session". Because that's all I'm hearing about why guys get selected. Whatever happened to "well, he's scored 2000 runs in the last two seasons at an average of 70. That's good form" or "He's taken 100 Shield wickets in the last three years at an average of 24 and a strike rate of 48. That's an impressive stat". Nope. It's got nothing to do with how many runs or wickets you have anymore, it's all about 'he can change the game in a session'. Of course, the fact that he's done that once or twice in fifty games doesn’t matter, just the fact that he CAN do it.

I sound cranky? You better damn well BELIEVE I'm cranky. Picking players in rep teams because they know your father or they saw you score 50 against their son's team or they bowled your son out happens in country cricket (the South Coast especially). It should NOT be the basis of selecting the national team, and this is getting really scary.

Like all Australians, I hope Cummins succeeds. If he plays I hope he gives the Indians curry. I'd be happy for the four members of the NSP to sledge me over social media if he does. Even though that will prove the NSP was right in many people's eyes, I still will not believe it justifies the complete ignorance of the form of the Sheffield Shield competition and its participants. Who is to say that Sayers or Tremain would not succeed in India? More importantly, would they play in front of Hazelwood and Bird anyway? Should Cummins?

Today the NSP with its four current members was reaffirmed for the forseeable future. Trevor Hohns becomes Chairman (again) and with Lehmann and Chappell will select the Test and ODI teams. Mark Waugh joins Lehmann as sole selectors for the T20 side. Why?! What reasons can there be that we have one member of the panel who ONLY selects the T20 team, a team that plays half a dozen games a year?! This is madness, completely and utterly.

Sadly, I don't think this is the end of my ranting over selections in the Australian Test team, rightly or wrongly. We have tough times ahead by the feel, and the only people who have the ability to change that, but will accept no responsibility for their actions, is the NSP.
Posted by Bill Peters at 3:30 PM

Email ThisBlogThis!Share to TwitterShare to FacebookShare to Pinterest
Labels: 2017 Australia in India