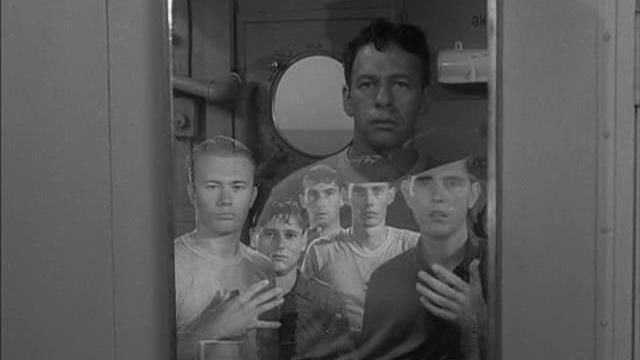 
Although it would have worked just as well in a 25 minute format, this episode does hold itself throughout the 50 minutes. The sprinkling of well-known faces, some who have made multiple appearances through the series, helps to keep the concentration on the episode.

I like the way the story pans out. Hearing the phantom knocking on the sonar, to moving above what appears to be a destroyed submarine works well. Obviously being the Twilight Zone, that banging could be anything. Surely not a man still alive some twenty years after the craft had been sunk, but… could it be?... and if not, what the hell is it? Then we have Commander Bell, who goes into sweating hysterics once the craft has been located. But why would he be so affected by the discovery of an old submarine?

The story is well crafted, and dealt with the care required to not only give away the ending too early, but also to help build the suspense along the way. Whether or not the ending is to your liking, it does at least give you that twist in deciding which way you like to believe what happened.