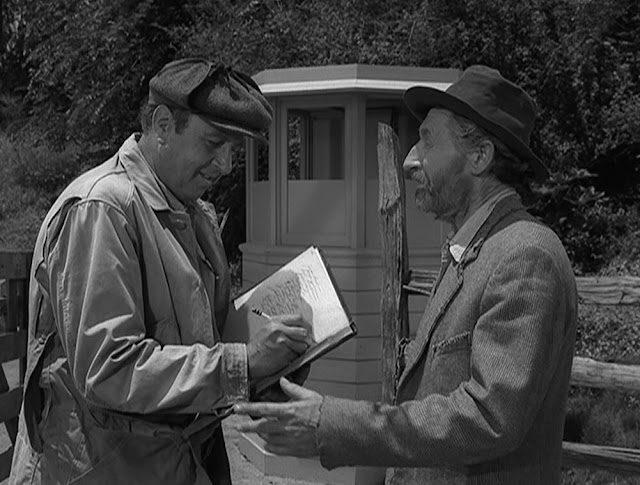 
Another story that acts as more of a tome piece than a journey to the Twilight Zone, though it is reasonably effective. When old mate and his dog go on a hunt, but then 'fall asleep' and don't return home until the morning, what they discover is not that they have returned, but that they have in fact died that previous evening. As the episode progresses - and the pace is slow and sure, which tends to drain most of the intrigue from it, the pair move along the countryside until they meet first a man at a gate, which professes to be the entrance to the Elysian Fields, but won't let dogs come in! That proves to be a problem for someone so attached to his pet, and so he continues on instead. That was probably a good move in the end.

The episode works fine as it is, but it is slow, and a bit hokey when it comes to dealing with the different parts of the story. Perhaps that worked well in 1962. I feel it is a bit dated here 50+ years on.