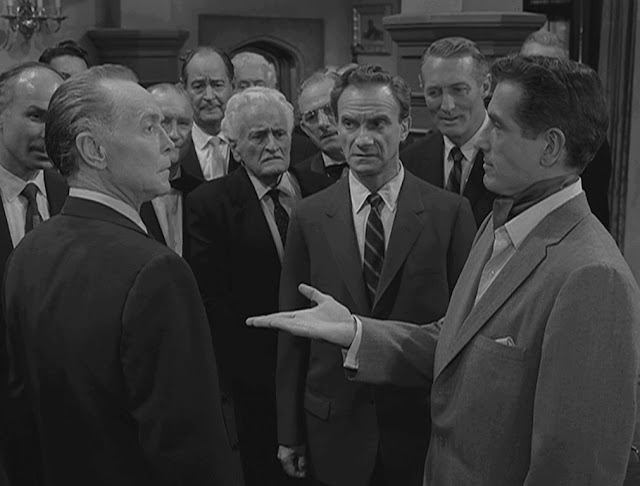 Although this also ranks as an episode that doesn’t technically fit in with the whole Twilight Zone theme and integration, it is an enjoyable one despite the lack of science fiction or supernatural goings-on.

The story is a simple one, with a loud and rambunctious gentleman in a Gentleman’s Club being bet by another man within this establishment that he cannot go a whole year without talking. The wager set for this is $500,000, a great deal of money and something the younger man needs to pay off his wife’s debts, and as such he agrees, and is housed in a glass room within the Club so that all can see him and ensure he meets his end of the bargain. As the year progresses, and not a word escapes his lips, his suitor becomes nervous and looks for ways to have him stop his foolishness and take a lesser amount to end the bet, all of which is refused of course.

The end of the episode comes with a double whammy of twists, which while not technically from a shelf in the Twilight Zone, are still pleasantly memorable after the event.