Revisiting The Twilight Zone: S02 E11: The Night of the Meek 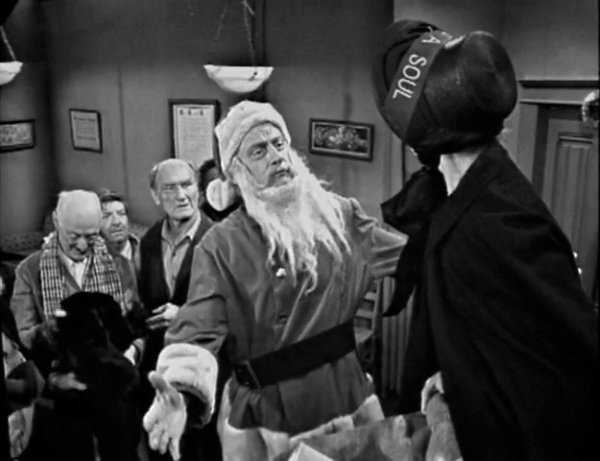 Revisiting The Twilight Zone: S02 E11: The Night of the Meek

Well, you can’t blame any show for having a Christmas-themed episode, can you? Even one here that probably feels predictable all the way through to its conclusion, but makes use of such a fine actor in Art Carney in making the story watchable.

Utilising the idea of a man who wants to do good but has tools in order to do that, we see this drunken wretch find a large bag in an alley that suddenly starts producing the very things that are wanted by the people to whom our protagonist approaches. He is arrested soon after in the belief that he stole these things from the store where he had previously been working as a Santa Claus – but when anyone else looks in his bag, they find only rubbish.

As a Christmas story it works just fine. As a Twilight Zone episode, is sits comfortably back in the pack.