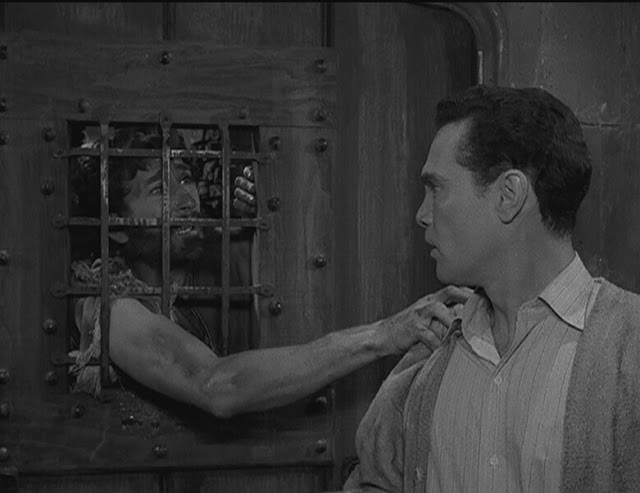 Whilst initially this felt like a Rod Serling story to me, it turns out it was written by Charles Beaumont, and the story and idea is an intriguing one, and while it might take a bit of time to get going, it is worth it in the long run.

As told in a flashback story by the protagonist, he comes across a castle in the middle of nowhere in Europe while looking for shelter. He is initially turned away by the occupants, abut as he is in no condition to travel he is let inside. His discovery inside of a ‘howling man’ who is being held captive within the castle is further complicated by the story given to him as to why he is being held there. He feigns belief in the story, while at the same time deciding he must do something about it.

While the episode does tend to get bogged down by its slow reveal, once the identity of the howling man and his travails are revealed it all comes together in a more than satisfying conclusion. Apart from the fact that once the bottle is uncorked, it appears unlikely it can ever be fully sealed once again. Beaumont’s story still holds up today, because its relevance transcends the years and can always be translated into today’s world