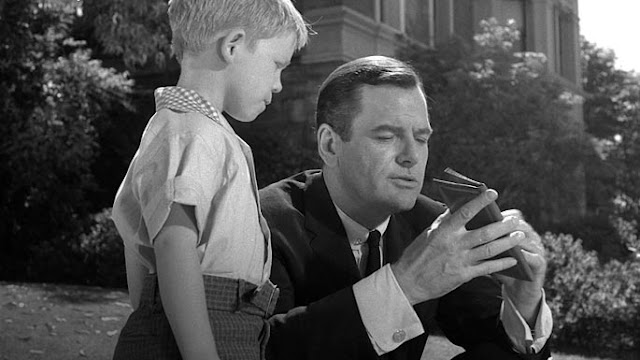 The most surprising thing to me about this episode is that when TIME magazine put together their list of best episodes ever on the occasion of the series’ 50th anniversary, this ranked as number 9. Once again, it isn’t a bad episode, and it does adequately go through the motions of a real Twilight Zone episode, but there really are more than eight episodes that are better and more poignant than this one!

Apart from seeing one of the earliest appearances of Ron Howard on the screen, this is a nostalgic trip for those that see the episode. Most people at some time in their life dream of going back in time to their childhood and revisiting those times, and this episode is clever in dealing with that occurrence for Martin Sloan, and the consequences of that. If nothing else, it also tries to show that you only tend to remember the good memories from previous days, and scrub the small minute details that were not so great. As a result it is an interesting and thought provoking episode… but not one that ranks at the very top.

Rating:  The youthful days of yore.
Posted by Bill Peters at 5:16 PM