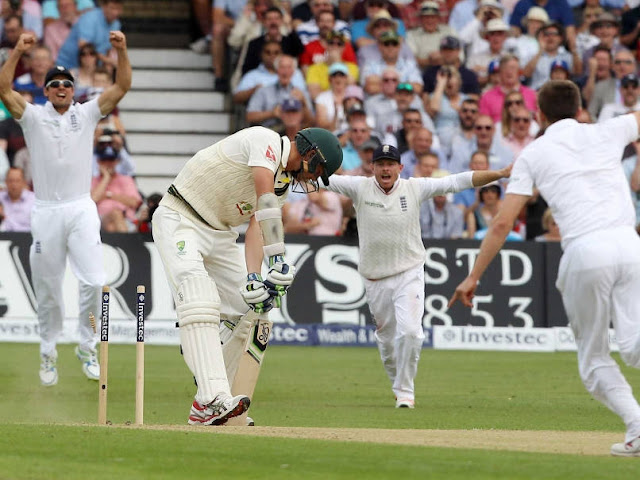 Sport hasn't been doing it for me lately, I can guarantee you that. If it's not bad enough that our cricketers have been completely blown away by a team the so-called experts believed were in tatters, the winter side of things isn't helping much either. 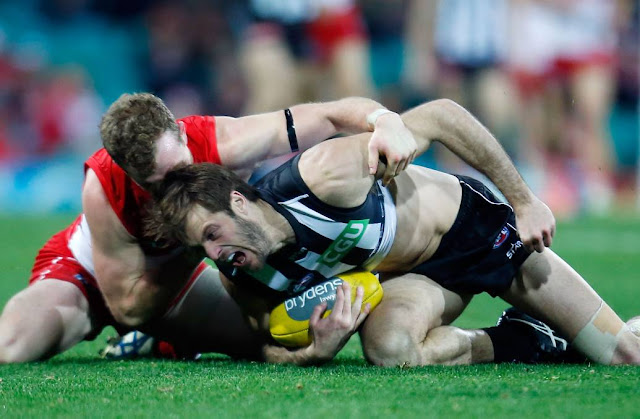 The AFL has come tumbling down again, leaving me with another finals series which means I won't have to worry about my blood pressure, but without a vested interest. Collingwood again managed to snatch defeat from the jaws of victory, leading by 9 points in the final term against Sydney at the S.C.G, but unable to convert the chances they had to hold onto the game. It was their seventh loss in eight games, but in all of those they have been competitive against better opposition. It is obvious that they a lot of good kids coming through, but they just aren't at the level of these higher teams at the moment. Letting that game go on Friday night was a disappointment though. The Magpies had to win to make the finals, and their chances are now gone. So too are the likely finals aspirations of the Giants, who stayed with Port Adelaide until midway through the fourth quarter before being finished off. GWS still have an outside chance of making the playoffs, but will have to win all three of their finals games against Sydney, Carlton and Melbourne to do it, and hope other results go their way. After next weekend it probably won't matter. 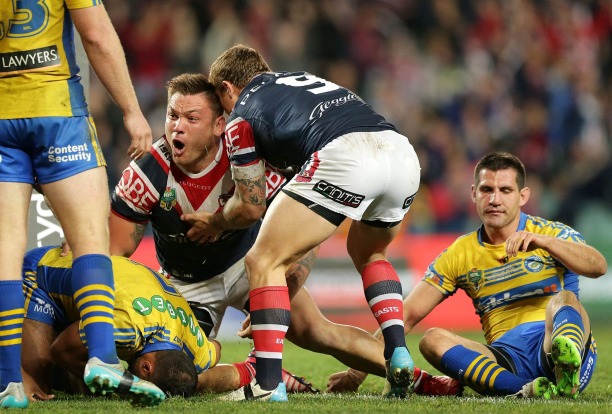 The NRL hasn't mattered for some time. The Dragons loss to Brisbane has them walking a finals tightrope and possibly allowing Manly a lifeline, while the Eels played another 40 minute game on Saturday, leading the Roosters 18-4 at half time only to lose 28-18. The Eels lurch from disaster to disaster off the field, with Will Hopoate now taking them to court over 3rd party payments. Unless this is all solved ridiculously quickly, any progress the Eels have made in the past season and a half will be for nothing. Somehow the club has to deal with the ridiculous deals the previous board negotiated over the past three seasons, and clear out any misconception about their recruiting and payments. It should be done league-wide, but the Eels need to rid their club of the descending fog this is creating. 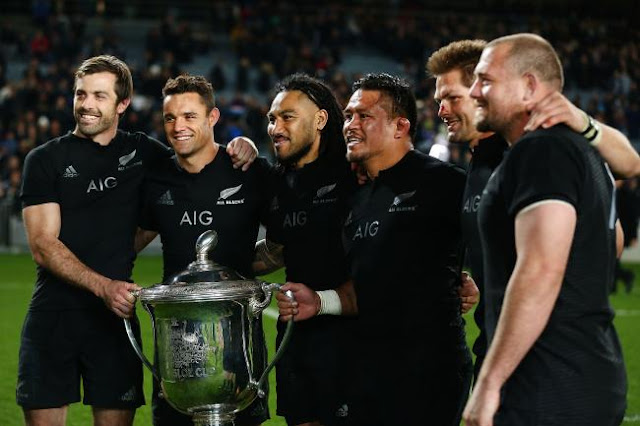 Once again, entirely predictably, the Wallabies failed to lift the Bledisloe Cup after falling to defeat at Eden Park (once again). The All Blacks rejoice for retaining the trophy for the 13th consecutive year - but really, what chance do you have to try and take it off the holders? With only two games being played each season, you only have to win your game at home to be assured of retaining the Cup. In the good old days you had the chance of a three Test series - all in your own country - to win the Bledisloe Cup. Now it is so heavily in favour of the holders that it becomes a task too far. Of course, this rule will probably only be changed if Australia ever happen to win the Cup back.
Posted by Bill Peters at 11:00 PM