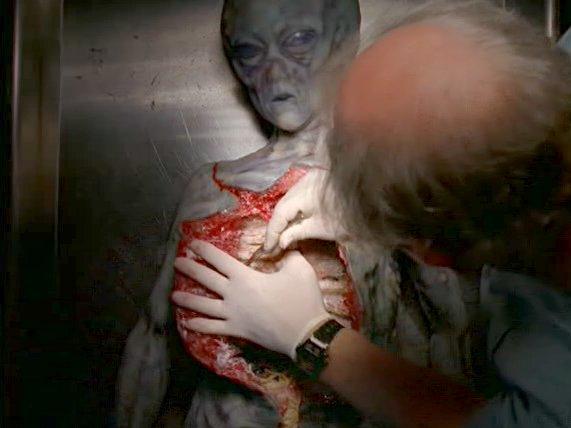 Here we go again. "We've found an alien corpse!". "Oh, almost everyone who knows about it is dead". "Mulder is here! He sees the alien corpse, it must be real!". "More people who know about it die!". "Scully probably has proof, but chooses not to believe, but believes a stranger who says it's a conspiracy!". "Mulder doesn't believe it!".

We've seen most of this before in one way shape or form. And we will again. Trying to spin this into a story to cover up government stories by making Mulder believe in alien lifeforms and technology is done well, as well as going back and forth in the hearing being held that Scully is speaking at. The cliffhanger ending is a bit of a cop out, because we all know Mulder will not be dead. Even at the time it wasn't convincing nor did it invoke the same emotion as the end of Season 2.  3.5/5
Posted by Bill Peters at 1:32 PM