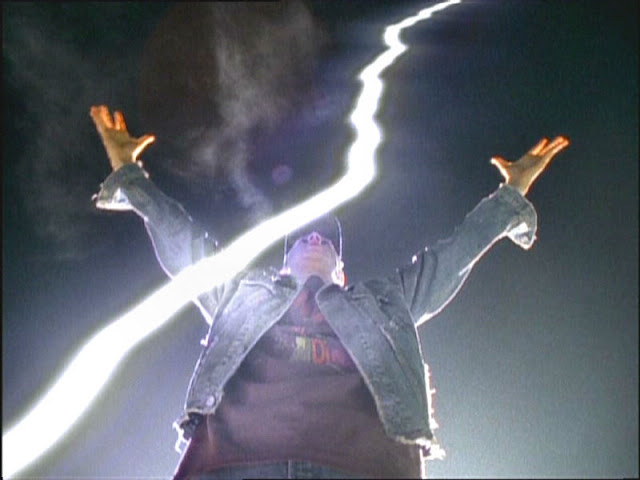 This is one of my favourite episodes. Giovanni Ribisi, long before anyone knew anything about him as an actor, is brilliant as Darin Oswald, the human lightning rod. Alongside him is a very young Jack Black, again long before anyone knew who he was, as his best mate "Zero".
I find that a lot of my favourite episodes in series 2 and 3 are non-alien related ones, and this is one of the best. When the show puts forward its 'Monster of the Week' episodes, they have to be good enough both in story line and acting to keep you occupied while there is a break in the normal canon of the series. And this is a beauty, just a guy in a backwater town who likes to draw in electricity from the surrounding atmosphere, and then kill people with it who piss him off. Brilliant. Kudos all round.
Rating:  It's quite electrifying.  5/5
Posted by Bill Peters at 1:00 PM