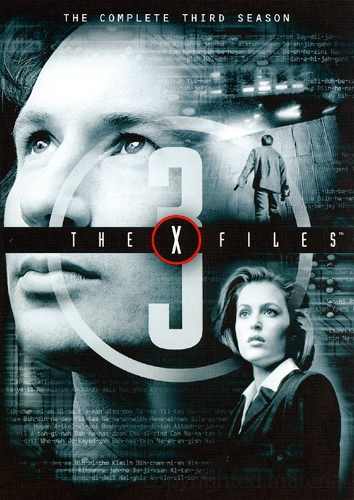 Back in the bad old days, Australians had to wait until February to see their favourite American shows begin new series, whereas they started airing in the States in September or October of the previous year. Which not only meant that we had to wait months for how season-ending cliffhangers were solved, we were open to being told what happened before we saw it!

Back in December 1994, following the cliffhanger ending to the second season of The X Files, with Mulder trapped or gone or dead, a VHS was released with the final episode of Season 2 ("Anasazi") and the first two episodes of Season 3 ("The Blessing Way" and "Paper Clip") which of course I bought and devoured a number of times before the series actually began re-airing in Australia in February.

Today I was able to get away from work early due to consistent rain all week and all of my work being up to date, so I managed to get in the first seven episodes of Season 3. And here is how we went.
Posted by Bill Peters at 10:30 AM