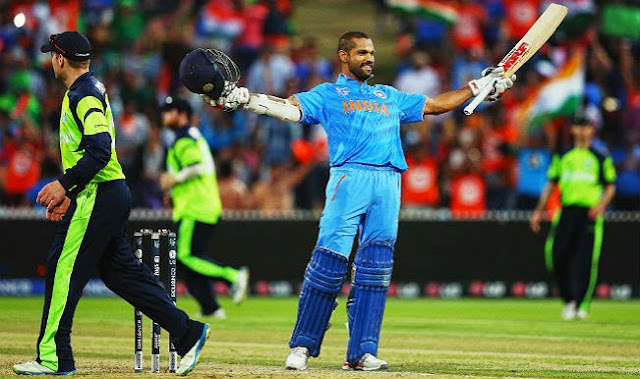 Today's match brought some semblance of reality back to the World Cup, with the current holders showing a realistic gap between them and the up-and-coming Irish team, and how much improvement is needed in all parts of their cricket if they want to progress to Test status.

Ireland was not bad. They were quite steady. Their batting moved along with some impetus early on, reaching 89 off 15 overs before the loss of their first wicket. In all respects, they should have been able to push on to a total close to 300, and at 3/206 in the 39th over it still appeared realistic. However, the dismissal of Balbirnie triggered a collapse that halted the entire momentum of the innings, so much so that they were dismissed with an over remaining for 259. It was a fair total, one that showed they were still improving. But it was never going to be enough against the Indian batting line up unless they could make significant breakthroughs in their top order.
And that wasn't to be. Sharma and Dhawan feasted upon the capable but pedestrian Irish bowling attack, putting on 173 for the first wicket in just 23 overs. They passed their target just two wickets down and with 13 overs remaining in absolutely comfort. It was a clinical display from the Indian team. Ireland never dropped their heads, and will be all the better for having played the game against excellent opposition, who showed them just how they need to improve their batting and bowling in order to continue their advancement in the game.

India has now assured itself of top spot in Group B, and unless something untoward happens they will play Bangladesh in their quarter final at the M.C.G, followed by Australia in a semi-final at the S.C.G. Ireland now have their final match against Pakistan this Sunday, with the winner gaining a place in the quarter finals, and the loser bowing out. After today, Ireland will be aware of what they will have to produce in order to defeat on of the top ranked nations.
Posted by Bill Peters at 7:00 PM