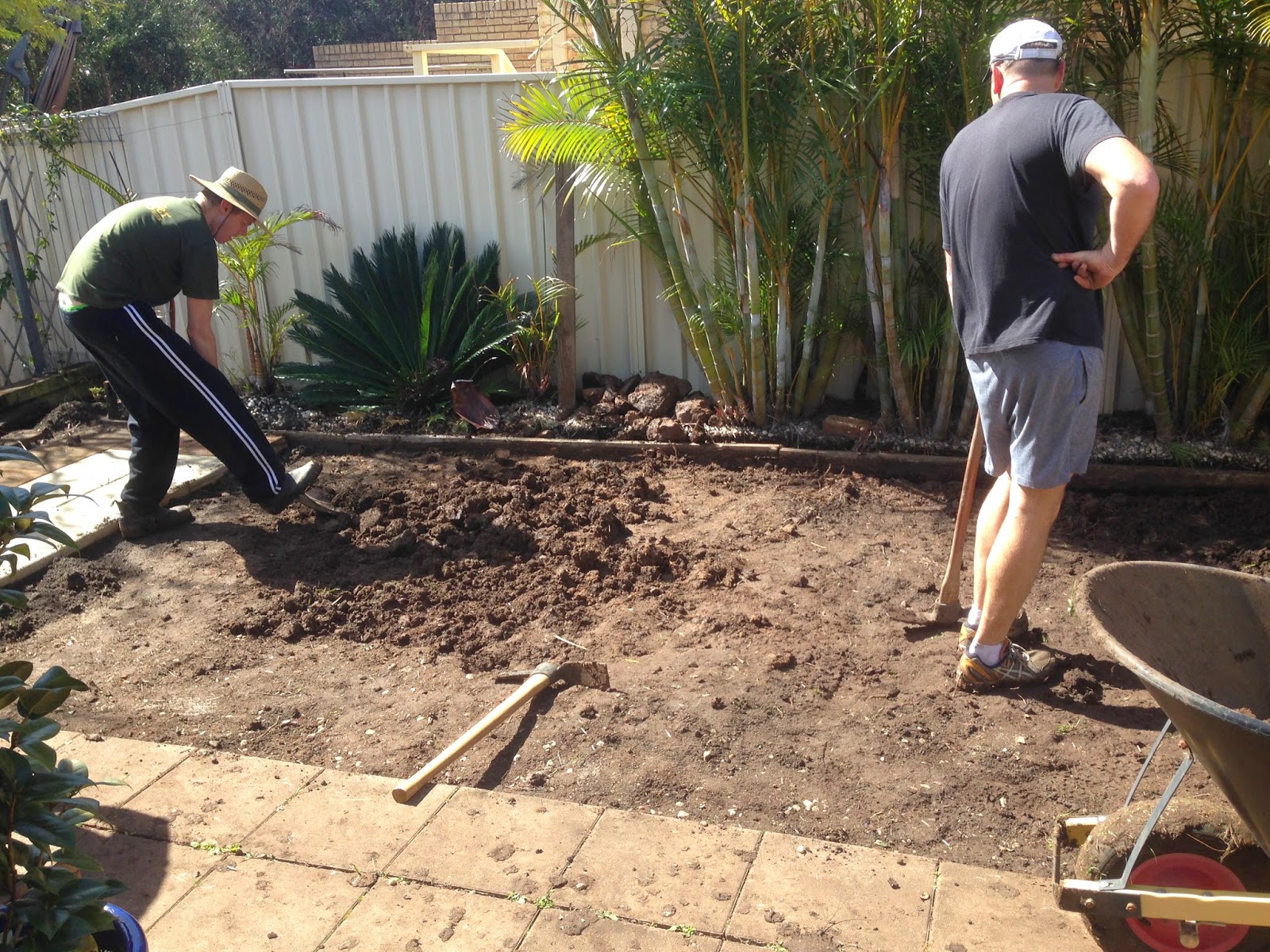 As a combined present for both Chris and Chris' birthday's, as well as their wedding anniversary, and Father's Day, the Wade children were asked to come forth, and help to complete the construction of the long-awaited patio, which had stood idle for the majority of the last seven months, because of many factors, including the fact Chris decided to fall off a bar stool and fracture his ankle. 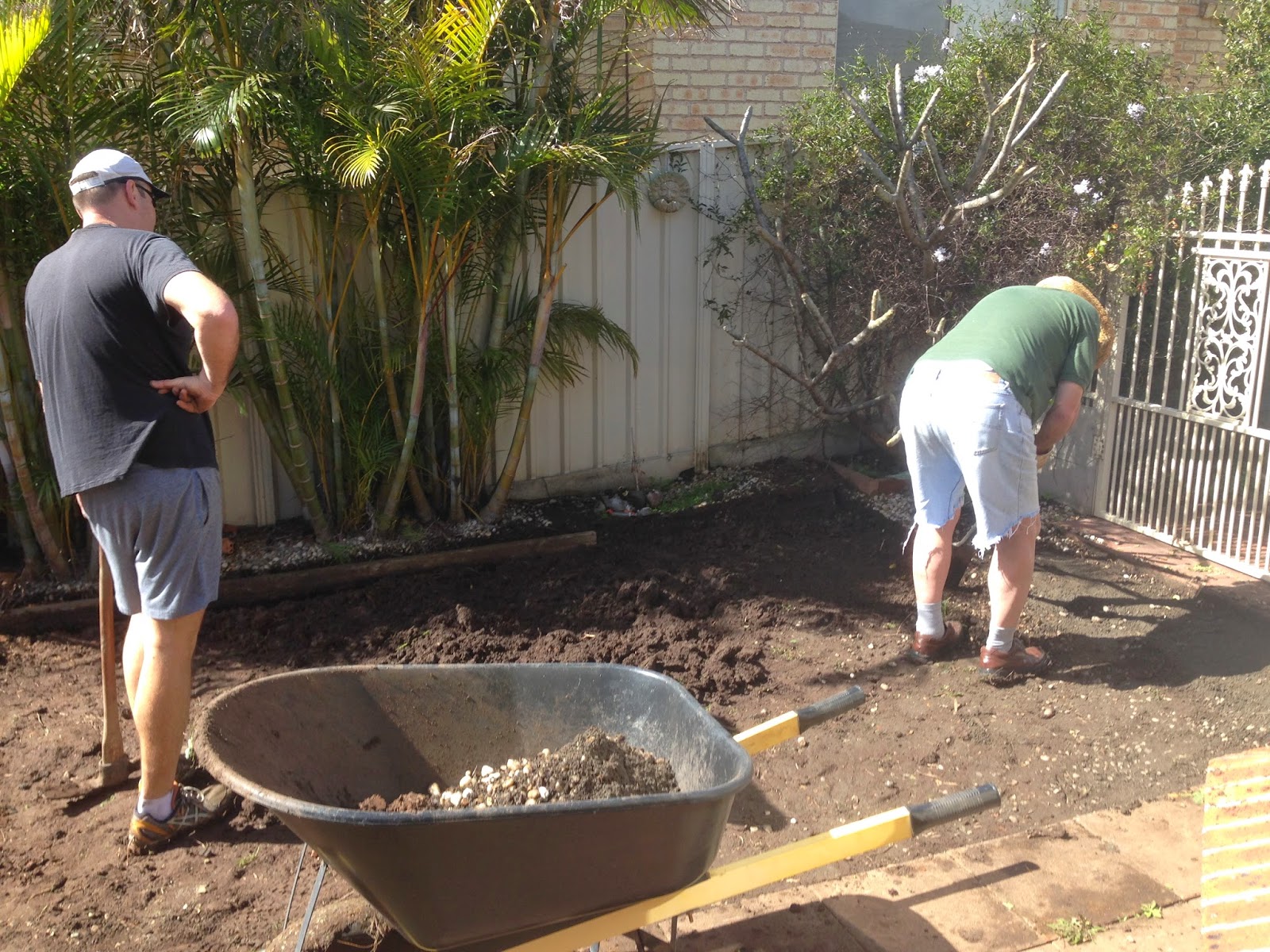 As a result, Joel had come down from Sydney, Phil had made the journey from Newcastle, and Helen and I made the long and hazardous journey from Albion Park to help try and get things underway.
First job was to dig out all of the turf and then the soil in preparation. If clay was a valuable item we'd be rich, as they was plenty of it going into the wheelbarrows for transportation.

Then it was time to cover the area with a layer of metal dust. 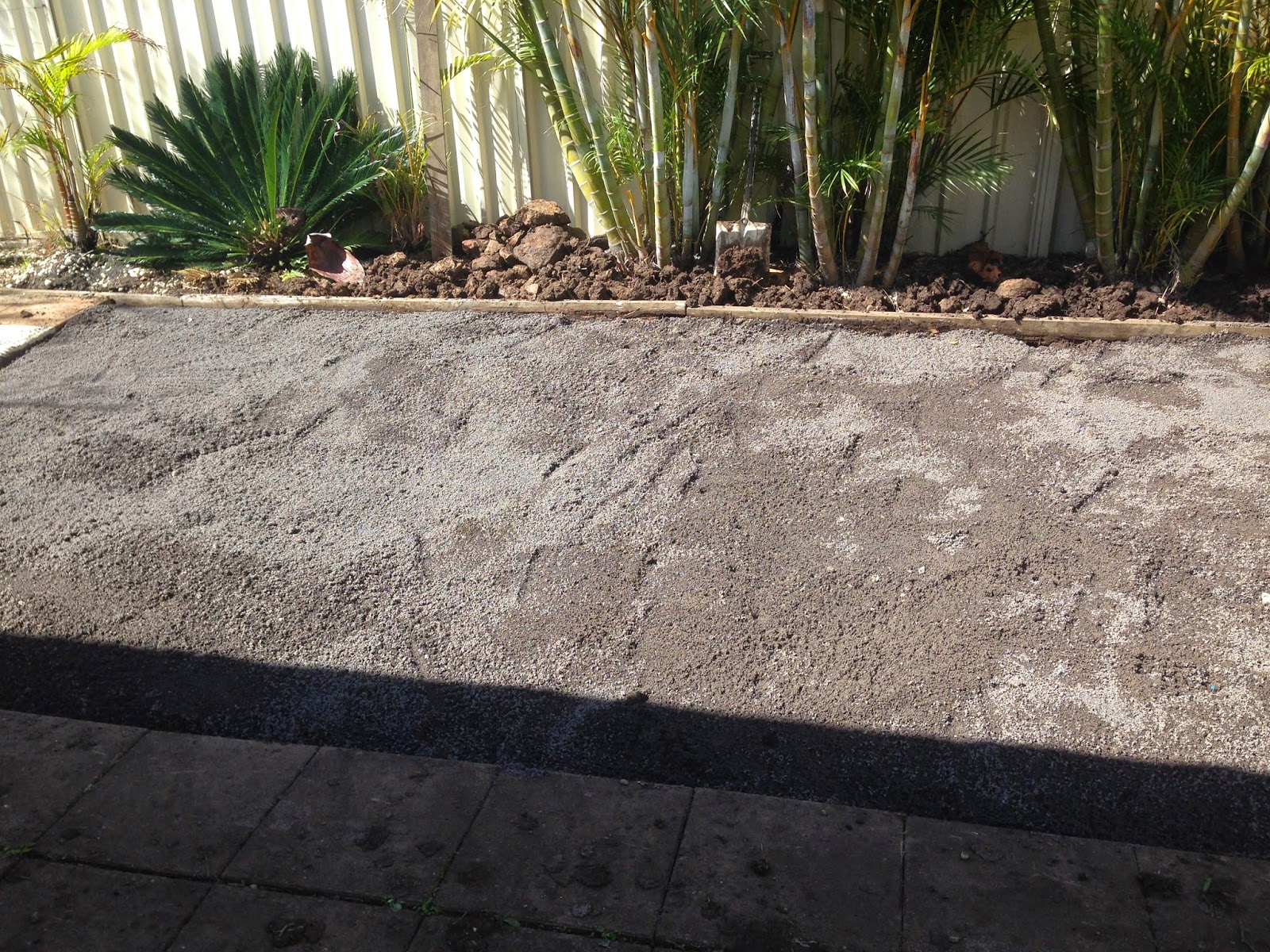 Once this was done, the Kiama Golf Club whacker-packer was brought out, and given a solid showing to pack down the area. 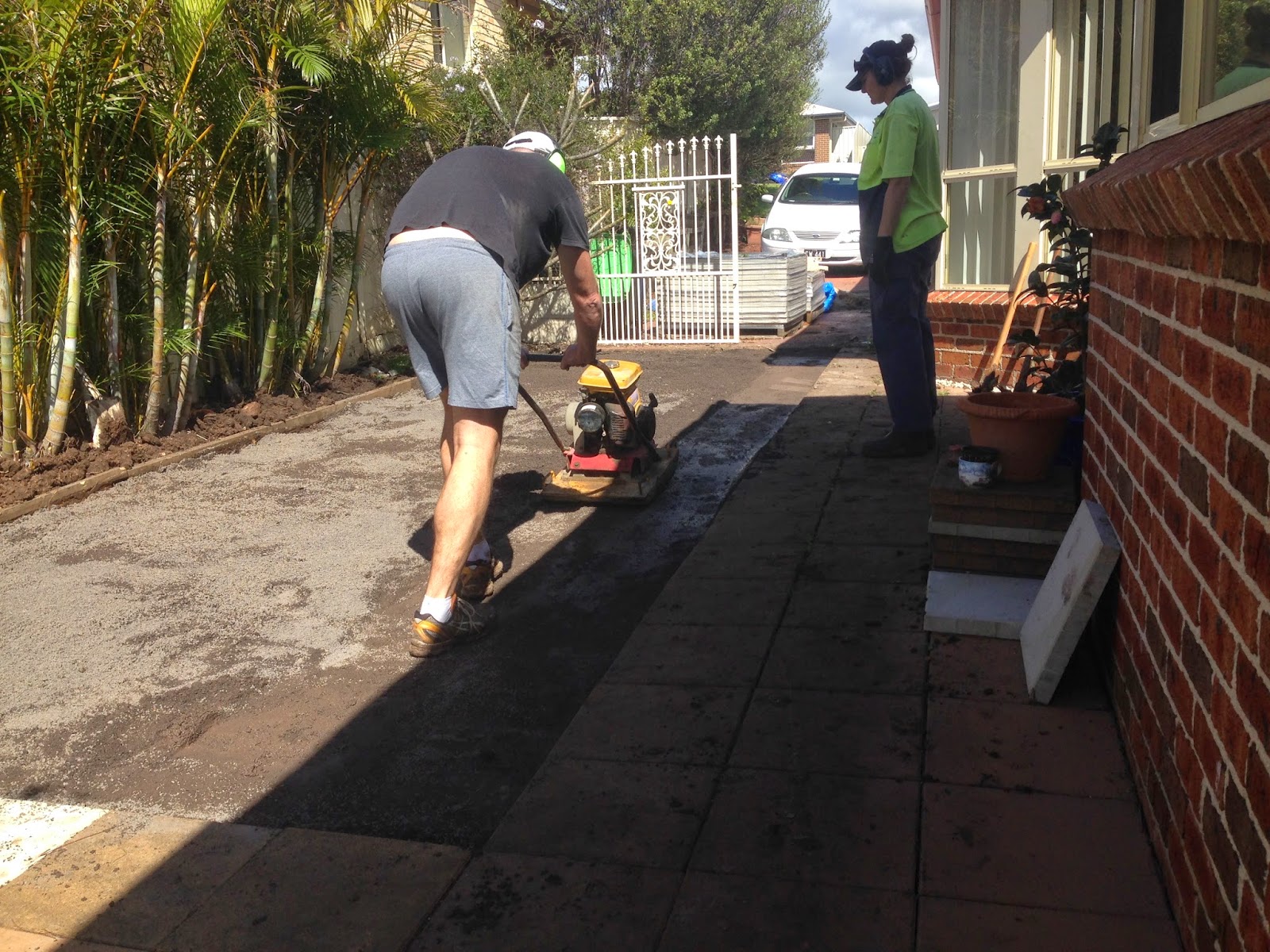 Then it was time for the master paver himself (he'd done some recently, and was thus left to his devices) to level off, bring in the paving sand, and start getting those pavers down. 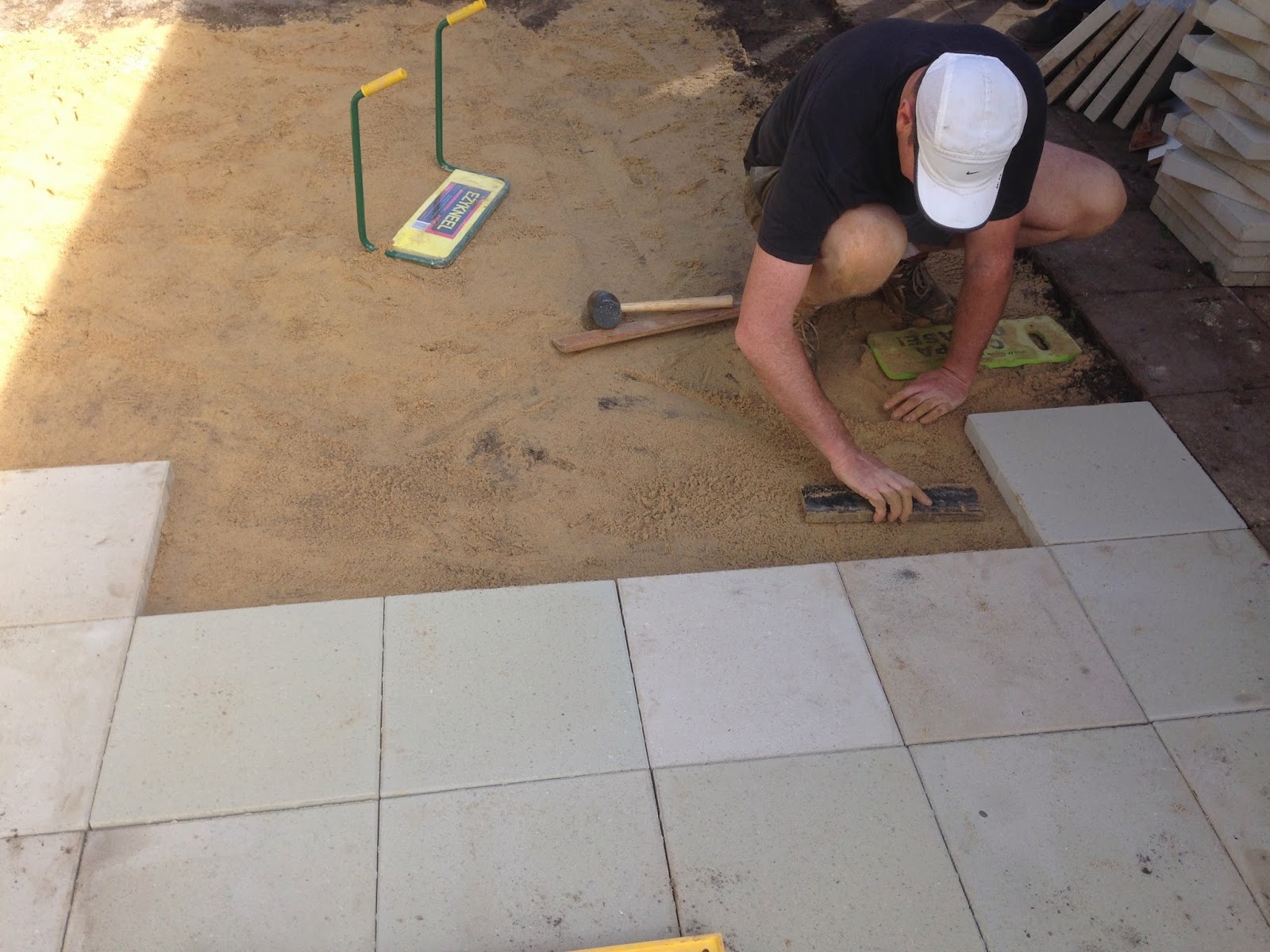 Some crazy kids also wanted to lend a hand. 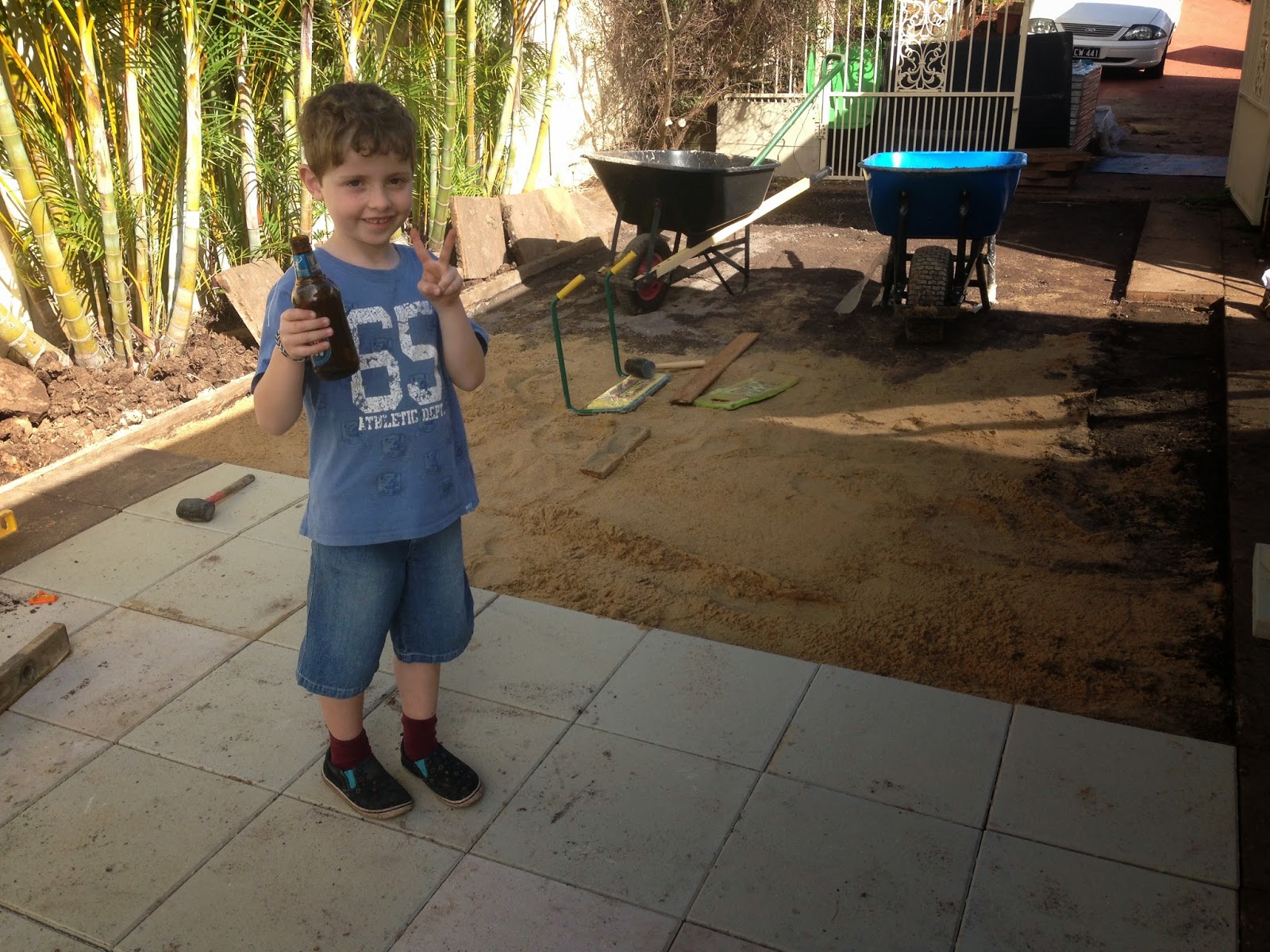 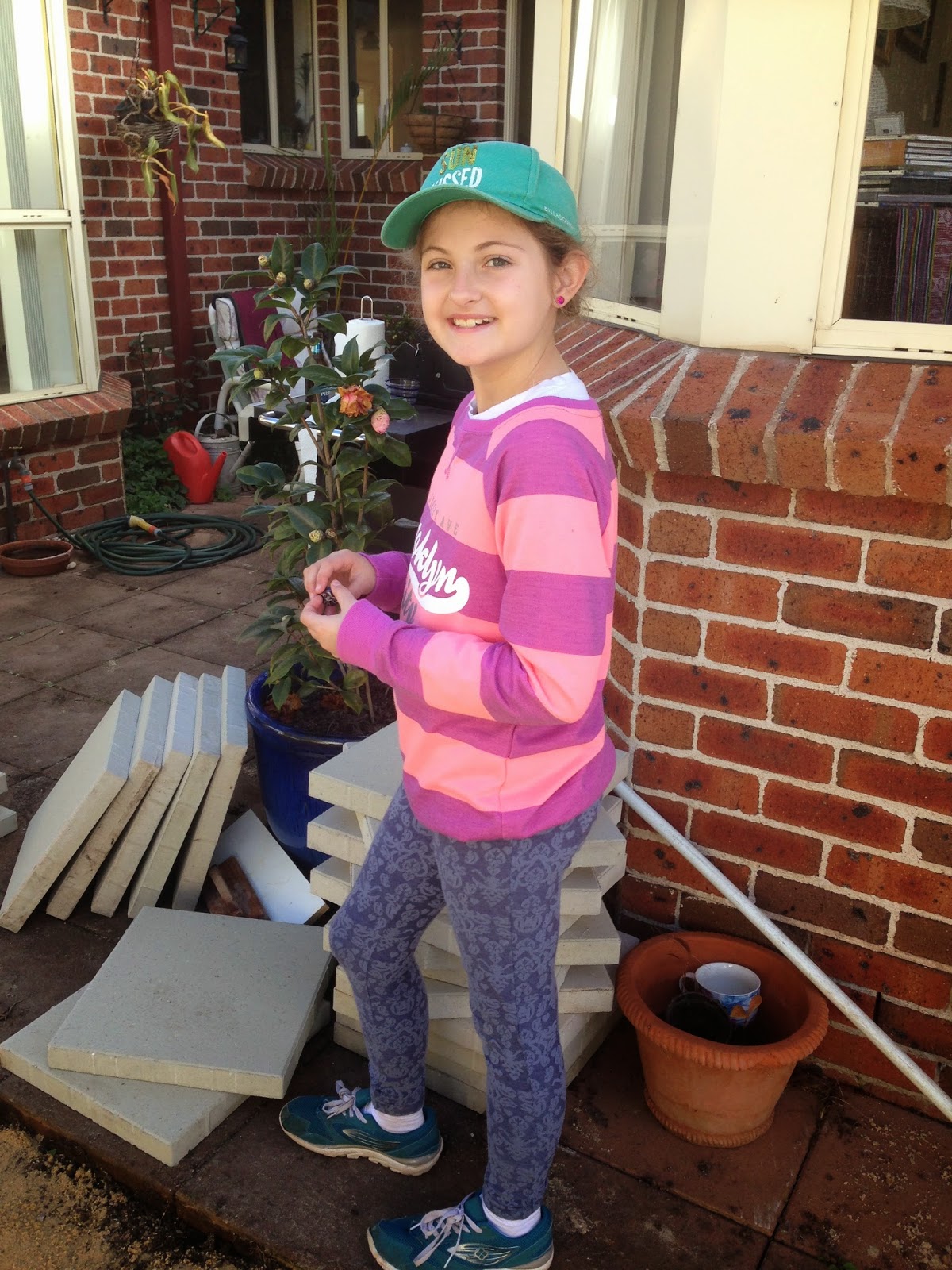 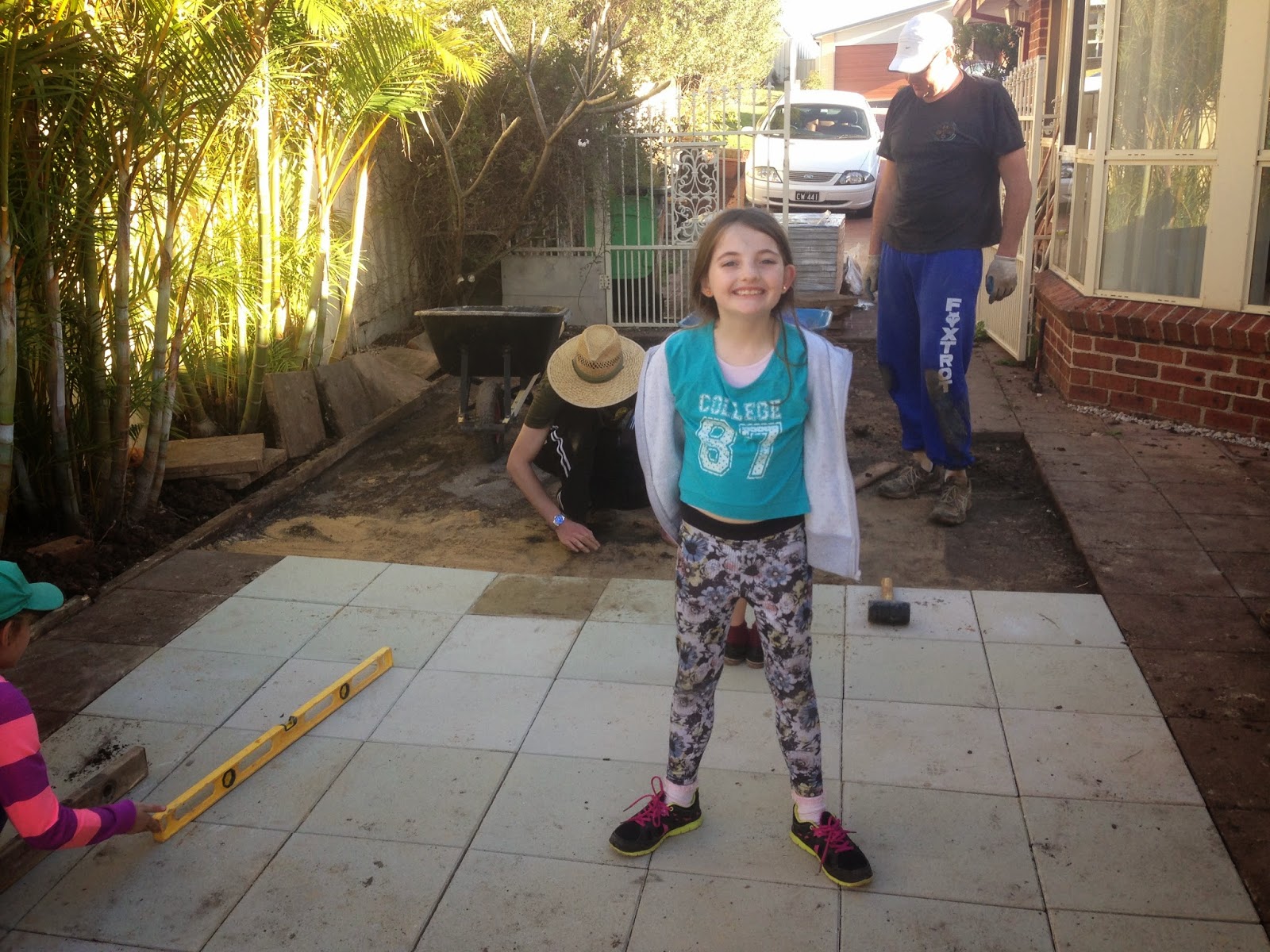 We didn't manage to complete the job - in fact, only about a third of the area was paved - but at least we managed to get most of the hard yakka stuff done, and the rest can now be completed by the residents. 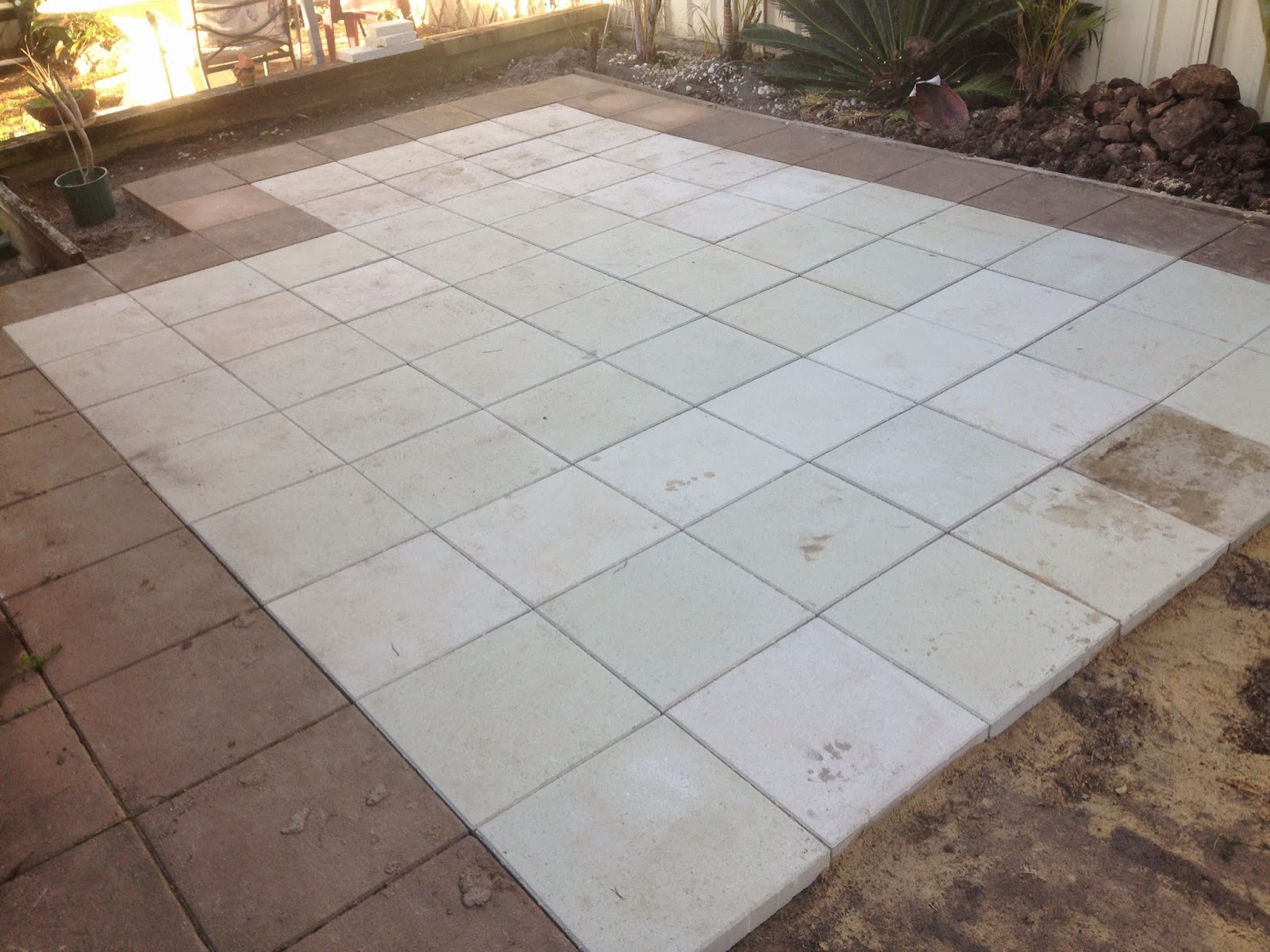