I'm sure that the irony of the title will not fool everyone, because of today's selection of albums from 1984, only one could (in my opinion) be called a 'killer album'. Still, when looking at all the albums that I own from 1984, I thought that rather than just pick the best, I'll listen to them all again, and see if my opinion has changed through the years for those that I don't give much listening to any more.


Whitesnake - Slide It In 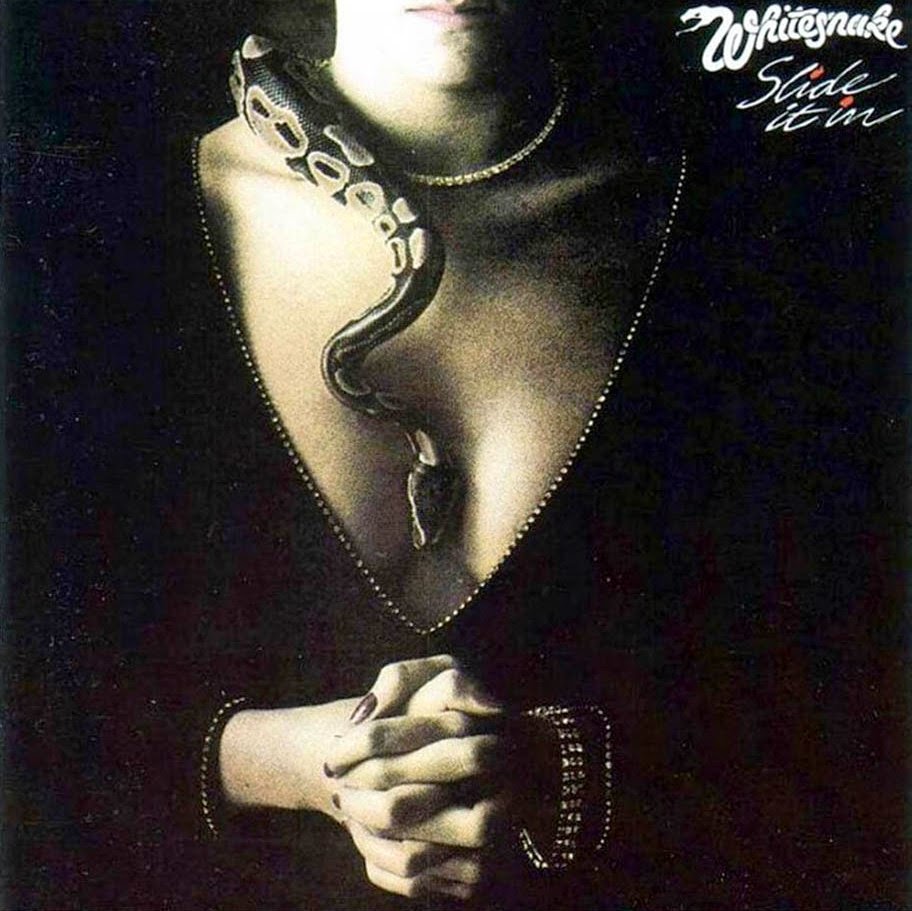 I have both versions of this album, the original UK version, and the remixed and some parts re-recorded US version. Personally I prefer the UK version, which seems to give Jon Lord a fuller presence, but the reality is there isn't much changed.
Dave loads up on the sexual innuendo here (even more than previously), laying it on like a really thick spread of butter on toast (nope, no innuendo there). There's not a lot of imagination required when it comes to songs like "Slide It In", "Slow & Easy" and "Spit it Out" in order to decipher the double entendre that seep through the title and lyrics. Slide It In acts as a real bridge between Saints & Sinners and 1987 in terms of style and possibly substance. The production is not as polished as future albums were, but that doesn't detract at all from the songs. What can detract slightly is the repetitive nature of the lyrics on some of the songs. "Standing in the Shadow" and "Hungry For Love" really let you know what the title of the song is, and while that is fine in a chorus perspective, sometimes it drags things down. Then there is a song such as "Guilty of Love" (in the first degree), where the lyrical content is slightly gag-worthy. But hey, it was the '80's, and it was a different world. Someone out there probably though this was beautiful and thought-provoking, most likely Coverdale himself.
My attitude to this album really has always depended on the mood I'm in. This can be an album I really enjoy listening to, or it can be a test of the nerves.
My favourites still rank as "Love Ain't No Stranger", "Give Me More Time" and "Slide It In".
Rating: I'm guilty of love, it's a crime of passion.  3/5 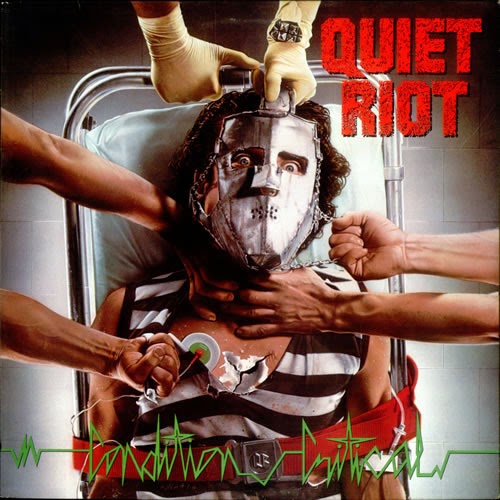 Do you remember that fun album by that band? The one where they seemed to have this mascot? He was in a couple of their music videos for songs off this album too. Those singles highlighted the album, but also drove it in along and made it an album worth listening to. Well, this is the album that immediately followed it. Now, I know that the band would have had a lot to live up to after the phenomenal success of that previous album, but surely, given the good vibes that followed it, you could expect some good stuff from the follow-up?
Well, the answer is a pretty emphatic 'no they couldn't'. That's not to say that Condition Critical is a complete loss, but it sure suffers from a lack of originality and a heavy dose of boring and uninteresting songs and lyrics that fail to ignite any great joy or optimism in the result.
"Sign of the Times" is the lead-off track, and perhaps more indicative of Quiet Riot's presence than it was meant to be, and "It's the same old story" an indicative line. As an anthem it doesn't make the grade. But that's okay, because this is followed up by a whole bunch of other songs that would like to be labelled as anthems that also don't cut it - "Party All Night", "Stomp Your Hands, Clap Your Feet", "Winner Take All", "Scream and Shout", "Bad Boy" and "(We Were) Born to Rock" are shallow, simplified rock beats with lyrics attached that are designed to suggest they are songs of the people, but fall flat in almost every regard. Even the follow-up Slade cover "Mama Weer All Crazy Now" feels like a forced "hey, this worked the first time, let's just do it again!" grab fest for glory.
Quiet Riot aren't the first band to fail to live up to an album that has done spectacularly well, and won't be the last. Look at the talent in the four main members of the band however and you would have expected better, if not with the follow-up to Metal Health, then surely the album after that? Unfortunately for QR, their competitors were coming thick and fast in the form of Motley Crue, Dokken, Ratt, L.A Guns and the like, and they were unable to go with the pace.
Rating: Having fun ain't no crime.  2/5 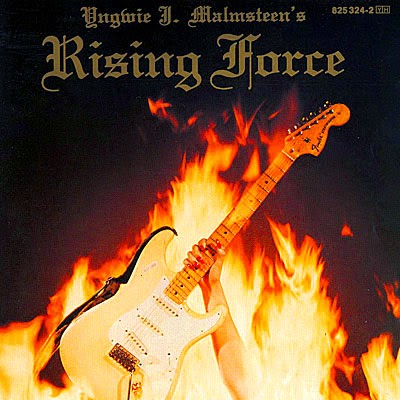 When I first heard this album in 1986, I was blown away. It was unlike anything I had ever heard before in a guitar-oriented album. Probably because I'd never heard of Yngwie Malmsteen before at that time of my life. Everything about it was new, and those feelings of love for this album still exist for me today.
The start of "Black Star" is still just a brilliant experience, Yngwie just comes at you through the speakers with his wiggling fingers on the fret board. "Icarus Dream Suite" is just superb, just a wonderful arrangement. "Evil Eye" is the same, showcasing his amazing talent.
Let's face it though, Yngwie has arranged this album and its music specifically for his guitar. I mean, everything else on the album - the drums, the keyboards, the bass - are all just set up to allow Yngwie to do his thing, in his own way, and without being shown up in any way. It's all about him and his guitar, and that is fine, fantastic even. It's funny that even the keyboard solos are set up almost just so that when Yngwie's guitar fights back in during the duels, it is obvious which is the master, and even which is more obvious in the mix. You can't miss it.
With most guitar-based instrumental albums, it can be an effort to put on and listen to them more than the occasional time. Moods can dictate, but although they are broken up into 'songs', without lyrics to escort you along and without a dynamic structure rather than just a basis for guitar-widdling output, there is a tendency for such albums to become... well... boring. I can understand people feeling that way about this album, but for the most part I tend to disagree, such is the vitality and vibrancy of Yngwie's guitar playing.
Only two songs are deemed vocals-worthy. "Now You're Ships Are Burned" is good without being great, but "As Above So Below" has always been a favourite of mine, and I love Jeff Scott Soto's vocals here.
Rating: I will never die, cos I will fly, to the other side  4.5/5
Posted by Bill Peters at 1:52 PM