With everything falling into place rather nicely, it was Australia Day at Roper Road today, with no need to travel anywhere, which to be honest was a nice idea.

Phil, Leaf, Zander and Lincoln had all slept over, so of course the kids were up at the crack of dawn meaning so were the rest of us.
We played cricket on the Peters Stadium wicket this morning, and while everyone had a good go and showed some form, there was no doubt about who should have been pulling on the green and gold that afternoon in Adelaide instead of the No Show, Glen Maxwell... 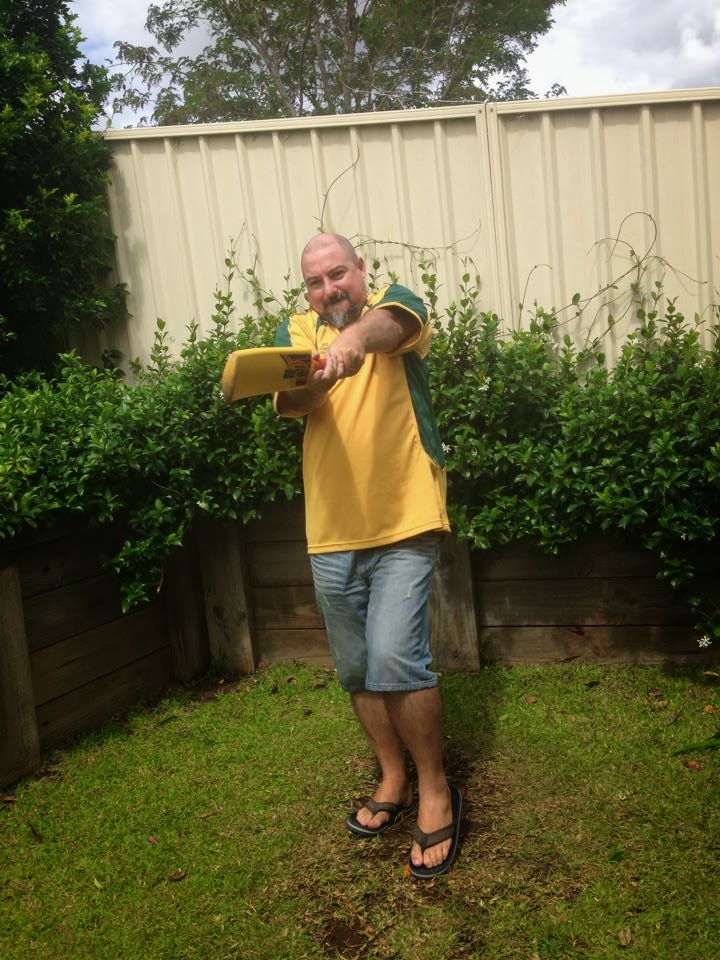 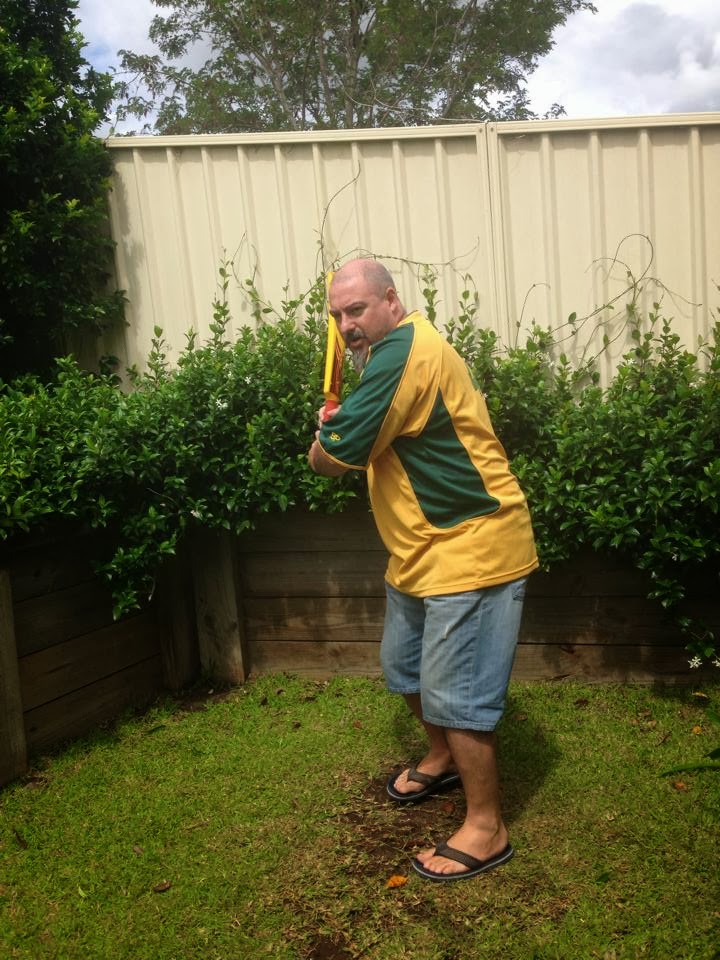 Chris and Chris came over for lunch, and we ate on the deck. I cooked and later conversed while listening to John Williamson and Rolf Harris on the stereo, getting the most of Australia that we could on Australia Day, before switching to some modern day Australian classics such as Cold Chisel, Dragon, Crowded House, Mondo Rock and the like.

The Wade's headed back for Newcastle just before 4.00pm, and the oldies headed off as well. I was then able to settle back into my chair, and watch the ODI between Australia and England.

At 7.30pm I had to start using the remote, as the Australian Open tennis final between Nadal and Wawrinka started. The tennis was great, until Nadal apparently managed to pick up an injury. As he had taken timeouts in all of his previous four matches - which mainly seemed to be a tactical move - he was roundly booed by the crowd. He was obviously hampered, but once he warmed up again he was moving pretty well, good enough to snatch the 3rd set. However, Wawrinka won in 4 sets, which was much deserved and universally popular.
Meanwhile, in the cricket, England again managed to stuff up a match that was impossible to lose, and handed Australia victory on Australia day, and a 4-1 ODI series win as well.
Posted by Bill Peters at 11:15 PM